DANNY O’BRIEN has been in prison. No, he has not been incarcerated, nor has he committed any misdemeanours. The comedian was performing stand-up sets for in-mates of Mountjoy and Wheatfield gaols - an experience which has inspired his latest show, Lock-In.

Danny will be making two trips to Galway in the autumn, performing Lock-In at the Clifden Arts Festival, and appearing on mixed bills at the Vodafone Comedy Carnival Galway in October. So what was it like to perform stand-up for the prisoners?

“Prisons are everything you think they’re going to be, and nothing like you think they will be," Danny tells me during our Tuesday afternoon conversation. “I used to be a social care worker so I’m used to working with people who were incarcerated, but not as a stand-up. It’s a strange atmosphere in that there’s no alcohol, it takes place during the daytime, there are guards everywhere, and you can’t interact with the guards, and they can’t interact with you. It’s an atmosphere of social neutrality.

“We had good banter with the prisoners, but you‘re not allowed ask them what they’ve done and you’re not allowed mention gang feuds or what gangs they may belong to, particularly the names of the two main criminal gangs. Prison gigs are good for helping you develop a thick skin, but it makes you really appreciate the traditional comedy club afterwards.”

Danny played a total of three prison gigs, and the experience left a deep impression. “It’s very bleak,” he says. “It’s not all Playstations and free WiFi as everyone thinks. In Wheatfield, the prisoners are confined to their cell for 15/16 hours a day. They eat in their room by themselves. It doesn’t inspire confidence that you will become rehabilitated after going to prison.

“One of the things me and [fellow comedian] John Colleary are looking at doing is workshops with prisoners on public speaking and confidence building, using comedy as a medium. One prisoner said to me, ‘If I was able to speak to someone at a wedding, that would mean a lot to me.’ It struck me, something as fundamental as that, as they have been so institutionalised.”

'I drove to Clifden on an old Honda Mohawk bike and had several accidents with Connemara sheep. It was disastrous'

Danny is no stranger to putting himself in unusual situations in order to inspire his comedy. “Playing gigs in prisons, you are testing yourself,” he says. “You want to push yourself every year, do something different, better, harder, than before, and the more different the situation is, the more inspired you become as a performer. I can’t sit down and write jokes, I need to do things, that’s what helps me to create a show.”

The Wicklow native’s previous show, RaconTour, saw him touring the country on a broken-down, unreliable, older-than-he-is motorcycle he got from his uncle. “I drove to Clifden on that bike and had several accidents with Connemara sheep. It was disastrous,” laughs Danny. “I was on a 1992 Honda Mohawk - not a classic bike. I thought it was going to be a great Motorcycle Diaries vision of cruising around Ireland, but it was just me getting drenched wet and breaking down in the midlands. I remember one instance of getting to Dublin taking me 15 hours! You really question your life choices at times like that.” Would he ever do it again? “Maybe for a TV show, but in a different vehicle. Say, horseback? That could be good.” 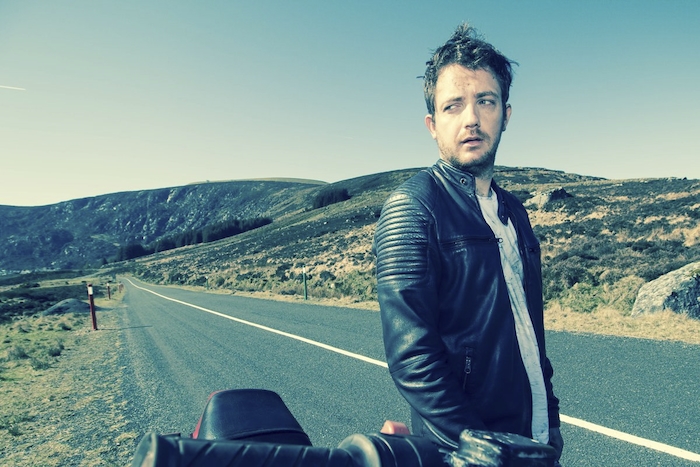 As previously mentioned, Danny was a social care worker before turning to comedy. Unlikely as it may seem, the former job left a deep mark on his stand-up career. “I think it gives you much more of a general sense of empathy,” he says. “When I worked in social care, I found it difficult to deal with the ‘First World Problems’ of my peers as opposed to what was going on with the people at the lowest ebb in society. We’d see people who were homeless, or on drugs, who’d OD’d, or were being sent to prison. It just puts problems into perspective.

“We’d often say in our office, that if you couldn’t laugh, you’d cry, and I’m confident other professionals would agree with that. In the darkest situation there is still humour. It’s a way to survive it. I remember I’d be working long hours in social care, and then playing comedy slots during the nights. I needed the contrast and they played off each other. People talk about comedy as being hard, but social care work, and what you see, deal with, and try to help people with, that’s hard. There’s a lot of burn out, you need a thick skin." 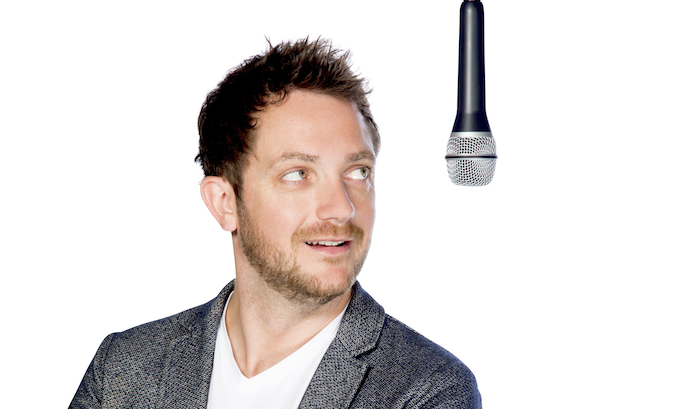 The change to comedy came during a stint as a barman in Australia. “I was working at festivals in Australia. It was over 10 years ago in Melbourne,” he says. “It was a club gig. I was working behind the bar, and watching the shows. Some were great, some were sh**e, and I reckoned I could be at least as sh**e as any of them, so started doing open-mics and went from there.”

Since then, Danny has not looked back. He performed his first solo show at the 2012 Edinburgh Fringe Festival to rave reviews, and scooped the Dublin’s Funniest Comedian award at Stand Up For FM104. The following year he won the Toilet Duck Award at Tedfest. Further successful Edinburgh shows followed in 2014 and 2015, while in 2016, following in the footsteps of Simon Pegg, Dylan Moran, and Dara Ó Briain, Danny was handpicked to perform as part of the iconic Best Of The Edinburgh Fest Show, touring the Perth World Fringe, Adelaide Fringe Festival, and The Melbourne International Comedy Festival.

'Pure stand-up that’s really, really, funny is an art form that is dying a little bit. Everyone is kinda obsessing about angles and themes'

Last year saw a tour of South East Asia, another return to the Edinburgh Fringe ("Edinburgh is the boot camp for a show. Once you have that done, only then can you start to enjoy it” ), and more than 30 dates of RaconTour across six countries. Little wonder the Sunday Independent called him “genuinely, uproariously funny, with a huge stage presence and wicked timing”, while The Examiner declared, “it won’t be too much longer before stadiums come calling”.

“The last six months have been the best in particular,” says Danny. “Things have really started to change since RaconTour. The shows were sold out, I did a lot of concerts, and then I did the Bill Burr support, and now there is this new show. It’s been the biggest step up to the next level, but I want to keep going as hard as I have for the last 10 years. Now is when the real work begins.”

That Bill Burr show was a particular highlight. Burr is Danny’s comedy hero, and the American was suitably impressed, Tweeting, “He opened for me at the 3Arena and he f*cking murdered it!”

“It was surreal,” Danny declares. “Bill Burr has been my comedy hero since I started. I was playing to 7,000 in Dublin, it was the gig of a lifetime. I love his style. It is what it is. Burr doesn’t try to bend his material to please people, it’s take it or leave it. There are no bells and whistles or props, just pure stand-up, that’s really, really, funny, and that’s an art form that is dying a little bit. Everyone is kinda obsessing about angles and themes, whereas there is a simple task for a show - it has to be funny. I got into stand-up to make people laugh. That’s the No 1 priority, give them a memorable and relatable story. Someone telling their friends one of your stories, that’s the biggest victory in comedy.”

Danny O’Brien plays the Clifden Arts Festival, performing at the Station House Theatre on Thursday September 20 at 9pm. Tickets are via www.clifdenartsfestival.ie He also plays the Vodafone Comedy Carnival Galway, performing at the Spiegeltent on Thursday October 25 at 6.30pm (with Joel Dommett, Terry Alderton, Stephen K Amos, and Glenn Wool ) and Saturday 27 at 6.30pm (with Rich Hall, Kerry Godliman, Tom Rhodes, and Enya Martin ), and at the Black Box Theatre on Friday 26 at 7pm (with Sean Lock, Joel Dommett, and Paul Currie ). Tickets are via www.vodafonecomedycarnival.com