AISLING?, THE an all-star extravaganza featuring 17 leading Gaeltacht artists from the worlds of music, dance, literature and visual arts, is coming to the Town Hall for two nights only.

“Ealain na Gaeltachta first commissioned the show for the 1916 centenary,” director Darach Mac Con Iomaire tells me. “The brief they gave me was to invite a group of Gaeltacht artists to collaborate on a production. It was a fabulous opportunity to bring together a huge range of different artists who usually work alone so we had a great cross-pollination of writers, musicians, contemporary dancers, visual artists and designers. We had 17 artists involved and over that summer of 2016 we met numerous times over long weekends and discussed how we would approach the project. It essentially boiled down to what we didn’t want to do, which was to present a show in a standard concert format. 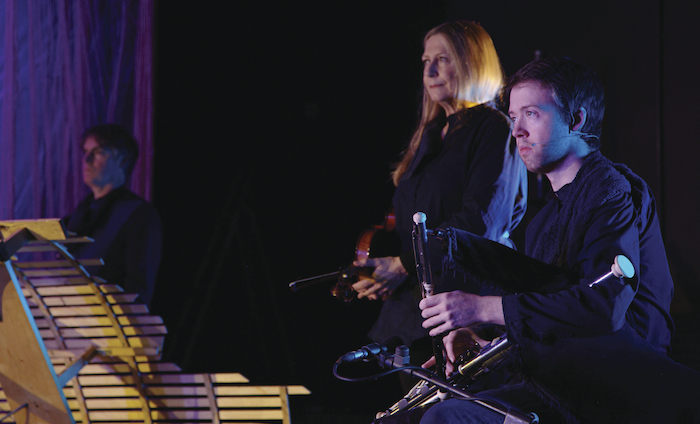 "We talked a lot about what 1916 meant and what did 2016 mean to us as artists. We were also mindful the show was going to go on in November by which time audiences would have seen a lot of other centenary events so we wanted to find a different slant to it all. Our brief was to create new work collectively so each artist would create something, then bring it to the group and the group would perform it. Everyone contributed new work to the production and, as an ensemble, everyone performed it together. It was challenging because we had people working with artforms they had never worked with before but group all gelled together really well. It is a cultural extravaganza.”

Mac Con Iomaire expands on the format of the show: “We knew we needed a narrative to provide a framework and we devised a narrative that traces the story of the Gaeltacht from 1916 to the present day. There are four movements to the story. It starts with ‘Aisling’ or the vision that the leaders of the Rising had and how the Gaeltacht regions served as a touchstone for that vision. The second movement is ‘Bánú’, or depopulation, about when the new Irish State was achieved but then turned its back on, not just the Gaeltacht, but rural island generally in the 1940s and 1950s, both economically and culturally. 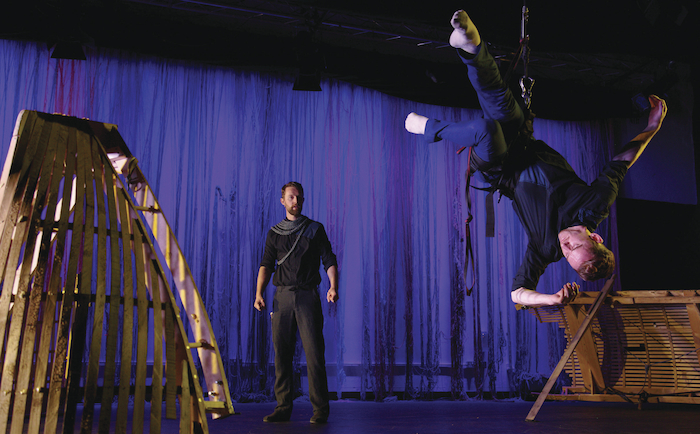 "The third movement is ‘Cosa i dTaca’ which you could translate as ‘Kicking against the Pricks’ and it touches on the Gaeltacht Civil Rights Movement of 1969 which took a stand for the community. The final section brings us to the present and ‘Aisling?’ with the question mark querying who and where we are now. We have achieved a lot of what the Civil Rights movement wanted – the Gaeltacht regions have their own radio stations, we have our own economic authority with Udaras na Gaeltachta, there’s TG4, etc, but culturally, in terms of language and community, how are the Gaeltacht regions now? The visual metaphor we use throughout the show is the currach, during the show it is split and put back together again and the show ends with the question, 'Where do we go from here?'”

Having outlined the show’s format, Darach describes its artistic content: “Some artists had a natural inclination to go toward one or other of those four movements. We used that as our template and it informed the creation of the show and it still does because the show is still evolving and improving. It’s a great opportunity to see these artists working together; it’s very rare that they would share a stage. 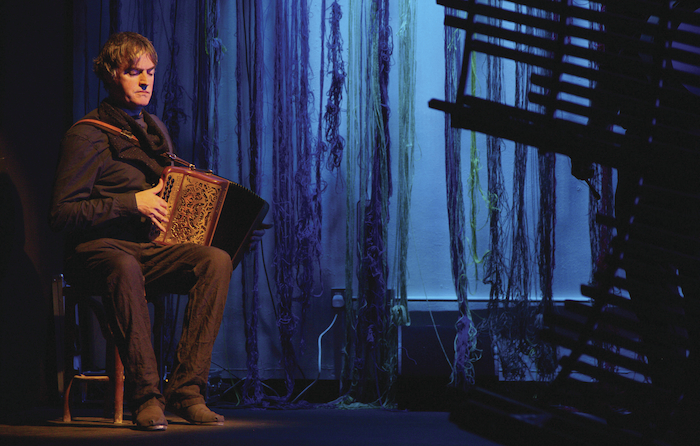 "About 70 per cent of the show is content original work and the rest is re-imagined traditional material. There is a soundtrack throughout so there is music pretty much all the way through and the show is also incredibly visual. There is also a lot of contemporary dance led by Eoin Mac Donnacha who is from Carraroe but lives in Budapest, and he is an incredible dance artist. Himself and Roisin Seoighe, from Rossaveal, who’s a singer/songwriter have combined to create a brilliant fusion of traditional Connemara dancing and contemporary dance is brilliant. My job with Aisling? was really been a curator and just moulding it all together. This is the creation of all the artists themselves. You don’t need to have Irish to enjoy it either, it’s a great opportunity to see and hear some of the best Irish artists performing live in a unique setting.”