IT IS almost that time of the year again when tassles are twirled and booties are shaken in the joyously sexy jamboree of Galway Burlesque Festival. Now in its third year, this feast of frisky fun takes place from May 18 to 20 and, as ever, promises lots of teasing thrills and thrilling teases.

Ahead of the festival, founder and burlesque artiste supreme Shir Madness sat down with me to reveal what audiences can expect from this year’s programme. I began by asking how she got into burlesque and what she gets out of it as a performer. “The first burlesque show I saw was in Galway in 2012, in the Fringe Festival,” she replies. “The act was Les Hot Culottes and it was just so wonderful and fun and it inspired me. I’d already been Hula Hooping for a couple of years and I began to incorporate the theatricality, humour, and sexiness of burlesque into that. What I get from burlesque is a lot of joy. It’s also a great way to convey a message, and in the last few years my burlesque has got more political.”

Shir expands on the political dimension of her burlesque; “When I started my routines were very fun and, as a woman, that can be political in itself; to be onstage enjoying my body. There is a lot of freedom in that. Body positivity is a big part of burlesque. It’s what attracted me to burlesque in the first place and it’s important to keep it that way. Our festival is in its third year now and you can see from the line up that we showcase diversity. There are performers of all colours, shapes, sizes, and genders and there are different styles of performance as well.”

This year’s Burlesque Festival features performers from the US, Britain, and the European continent, and most of them have not played Galway before. Shir picks out some of the highlights; “The first night, Friday May 18, has a Newcomer Competition at Electric for performers who have been performing for about two years. The host is Soup du Jour who is an amazing performer and a very funny host, she is from Yorkshire and based in Belfast. 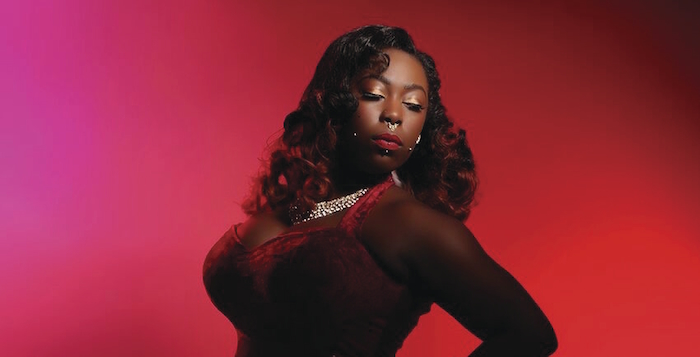 "On Saturday 19, at the Town Hall Theatre we have our Gala Show which I’m very excited about. The host is Sadie Sinner [pictured above] and she’s just amazing. She’s not a burlesque performer, just a wonderful host and singer who runs the Cocoa Butter Club in London. I saw her in London last year and knew straightaway I had to have her for the festival. We have a drag king performer from Texas who is doing a European tour, Alexander the Great. I won’t tell you much more about his act but it is special! There is also a great performer from New York called Luna TikTok. She does that old school, traditional, sexy burlesque. I am so excited to show Galway these performers.”

'People always expect burlesque audiences to be full of men but actually it is mostly women. I guess it is a very empowering thing'

There will also be male burlesque performers at the festival, including the multi-award winning Lou Safire. “Lou Safire was at the very first Galway Burlesque Festival and he’ll be judging the Newcomers Competition,” Shir tells me. “He is performing on the Saturday night and also giving a stage makeup workshop. He is an amazing makeup artist. His act is so unusual; it’s unlike anything I’ve seen anyone else do. It’s a really interesting mixture of drag and circus and sideshow all at the same time while keeping the male persona which is very unusual in burlesque. A lot, though not all, of male burlesquers do very camp burlesque which is wonderful, but it’s nice to see a different side as well.”

Interestingly, Shir notes that women make up the majority of the audience for burlesque shows; “People always expect burlesque audiences to be full of men but actually it is mostly women. I guess it is a very empowering thing. I remember the first show I saw I felt very empowered and I guess that’s what draws women to it.” 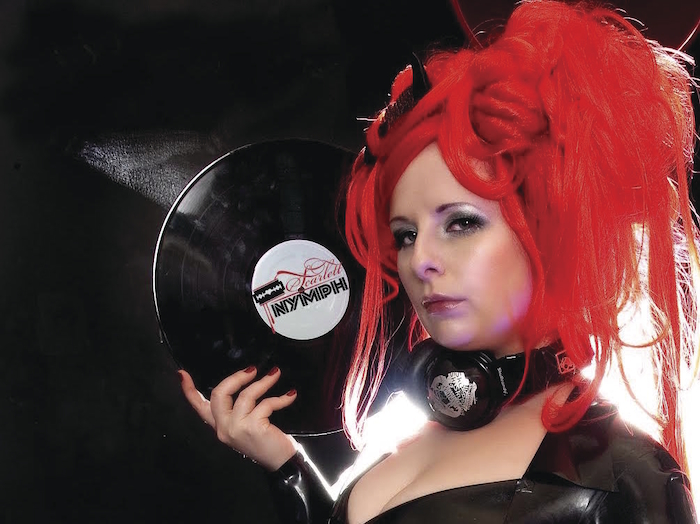 As well as the array of on-stage fun and frolics the Burlesque Festival also offers workshops and fun competitions; “We have various workshops happening on the Saturday afternoon and they are all being taught by people who are performing shows,” Shir reveals. “Some of them are dance-based, some are skill-based, there is a vintage hair workshop for instance, and a stage make-up workshop. Dr Sketchy’s is a cabaret life drawing session where the models wear burlesque costumes. It was started in LA about 10/15 years ago and now has branches all over the world. Ireland has its own branch which mostly does events in Dublin.

"My co-producer Scarlett Nymph [pictured above] is head of Dr Sketchy Ireland and that’s why it’s included in the festival. It’s a fun thing to do on a Sunday afternoon; people come in and draw and there’s a fun competition as well. Even if you can only draw a stick person with a speech bubble you can still participate and win something. The models pick their favourite works and there are performances as well. It’s a laid back way to finish the weekend.”