IN THE 1960s they were a British blues-rock band who pointed the way towards heavy metal. In the 1970s they were an Anglo-American supergroup, part of the cocaine rock set, creating multi-million selling albums; in the 1980s they were mum and dad rock for sophisticated older listeners.

By the 1990s and noughties they were has beens, fodder for Golden Oldies radio, and deeply uncool. Then something unexpected occurred, one where today, millennials revere Fleetwood Mac and love their music - it is not unusual to walk into a record store and see an 18-25 year old examining Mac vinyl with a deep respect deep respect and awe - and where indie-rock and alternative musicians cite the long running group as a major inspiration. Fleetwood Mac are hip like never before.

Indeed Galway will be able to dance the night away to Fleetwood Mac, when Fleetmac Wood - the DJ duo of Roxanne Roll and Smooth Sailing (aka Lisa Jelliffe and Alex Oxley ) - bring their internationally acclaimed clubnight and party, one featuring only the music of the Mac, to the Róísín Dubh tomorrow night from 11pm. The duo’s first Galway show is billed as the Rumours Rave as it will focus on the Mac’s mega-selling 1977 classic Rumours, the album with ‘Dreams’, ‘Go Your Own Way’, ’Don’t Stop’, ‘You Make Loving Fun’, and ‘The Chain’ - five of Fleetwood Mac’s most famous songs.

A Fleetmac Wood night features Lisa and Alex spinning originals, remixes, and edits of Fleetwood Mac songs, often recast into dance music and Balearic forms. Singing along, as well as dancing is mandatory. In other words, this will be a celebration of Rumours and Fleetwood Mac, and a chance to hear the album and band as we have never heard them before. So how did this clubnight, which has been been going since 2012, and which has been performed in San Francisco, Los Angeles, New York, London, and at festivals like Glastonbury, come about?

“I used to throw some Fleetwood Mac into my DJ sets 10 years ago or more and the response was usually surprised, then ecstatic,” Lisa tells me. “Friends would often put on The Best of Fleetwood Mac at house parties and the more I explored their catalogue, the more I couldn’t get the idea out of my head that a whole night of their music would be polarising and therefore exciting.

“Only the passionate and curious would attend and that would make for a great start. I sat on the idea for a few years but it suddenly made more sense when a vintage remix community started sharing edits on soundcloud. The idea for it to be more of a creative project crystalised.” 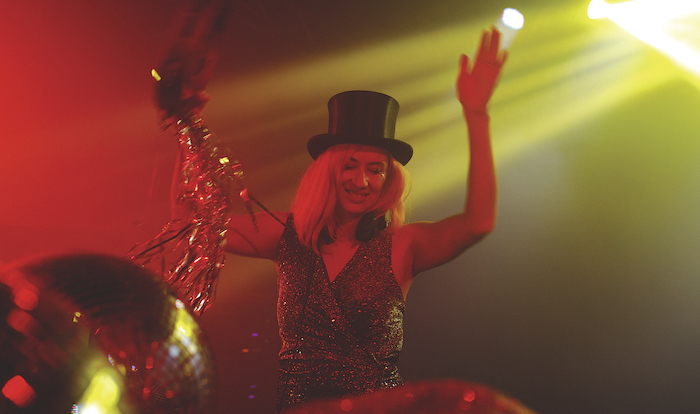 So what can we expect to hear on the night? “Almost all of what we play is edited or remixed for the dance floor,” says Lisa. “Tracks are extended and embellished with extra drums, bass, and synths, but we like to try and keep the soul of the song intact. The originals are always the best, but it’s fun to hear them in a new way. We come from a disco, house, techno DJ background, so approach it like any other four hour set.”

The revival of Fleetwood Mac, and more particularly their adoption by alternative and indie music loving millennials, is one of the most fascinating grassroots phenomena to have occurred in music in recent years. Partly it can be traced to the mid/late noughties, when bands like Midlake started to cite the Mac as an influence, and also to indie DJs spinning ‘Everywhere’ from 1987’s Tango In The Night, and noticing how it pulled a crowd onto the dancefloor. None of that would have been possible if the music had not been of such high quality in the first place. 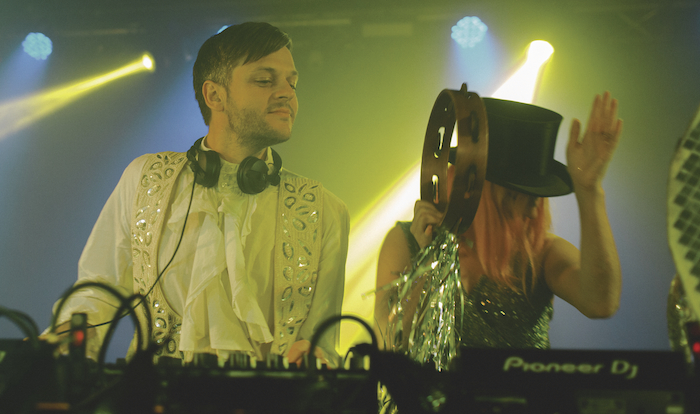 “Great music is timeless, so I don’t think of it as a revival, more they are being given the credit they deserve and surviving the cycle of fashion,” says Lisa. “Any band who has made it big in the mainstream, inevitably becomes a little uncool for a period, but if the music is good enough, people will rediscover and embrace. Fleetwood Mac are essentially a supergroup of musicians with three very strong songwriters and singers. It’s a unique combination of men and women which has given them the edge. The songwriting is authentic, there’s a real variation of songwriting styles, a wide emotional range, and the crafting and production is off the scale.”

Lisa also hits on a very important point, which shows Fleetwood Mac are a genuinely timeless band: “This music is beyond nostalgic as a younger generation have now forged their own emotional memories whilst listening to this music.”

Rumours has sold 40 million copies and is among the best selling albums of all time, but music critics, unlike the public and musicians, have been extremely slow to realise its brilliance. “Even Rolling Stone negatively reviewed Stevie’s voice and her song ‘Dreams’ at the time of release,” says Lisa. “I think it’s a little harder for women to be taken seriously, especially when they are likeable and attractive, their talent is often questioned.

“My favourite track from Rumours is actually ‘Silver Springs’, which was sacrificed at the last minute due to it’s length and relegated to the B-side of 'Go Your Own Way'. Its a haunting masterpiece with beautiful guitar work from Lindsey Buckingham. It’s that magical collaboration, in the face of adversity, that makes Rumours so special. Here’s a group of people going through emotional turmoil and despite all their differences can harmonise together so beautifully. Their art transcends the troubles and the chain somehow kept them together.

This year not only marks the 40th anniversary of Rumours (“We’ll be playing an edit or remix of every track from the album,” says Lisa ), it also marks the 50th anniversary of the band’s formation by Peter Green, John MacVie, and Mick Fleetwood - all alumni of John Mayall & The Bluesbreakers. This period of the band also produced classics - ‘Man Of the World’, ‘Albatross’, ‘Oh Well’, ‘Black Magic Woman’, and ‘The Green Manalishi’ - the latter a milestone in the development of what would become heavy metal. The good news is Fleetmac Wood play tracks from this important, yet unjustly overlooked era, of the band.

“We play Peter Green era music usually earlier in the night,” says Lisa. “As people discover more about the band they will in turn come across his music. These blues tracks are not hard to incorporate into the set, although entry-level Fleetwood Mac fans don’t always know them. We see our job as entertainers and educators, so it’s about keeping people dancing without being predictable - exposing people to more of the back catalogue in a way that keeps the energy of the room flowing.”

Finally, are any members of the Mac aware of the Fleetmac Wood clubnights? “I had the pleasure of interviewing Mick Fleetwood a few years ago for Timeout London and he seemed amused about it,” says Lisa. “We’d love the band to come and see how people really let loose to their music.”