ONE OF the major visual art shows in this year’s GIAF is Dark Night Of The Soul by Ana Maria Pacheco. A powerful sculptural installation comprising 19 over-life size painted wooden figures, it reworks the story of the fourth century Christian martyr Saint Sebastian to set it in a modern context.

The central figure is a naked man, tied to a pole and hooded, his body pierced with arrows. Four menacing black-clad men surround him while the remaining figures are onlookers who display a range of emotions as they regard the grim scene.

Originally from Brazil, Ana Maria Pacheco has lived in the UK since 1973. “I come from the state of Goiás, in the middle of Brazil,” she tells me. “One of the good things about it was it retained all the things that were important to me such as the oral tradition that came from the mix of Brazil’s three main cultures, Portuguese, native Amerindian and African, who were first brought there as slaves. 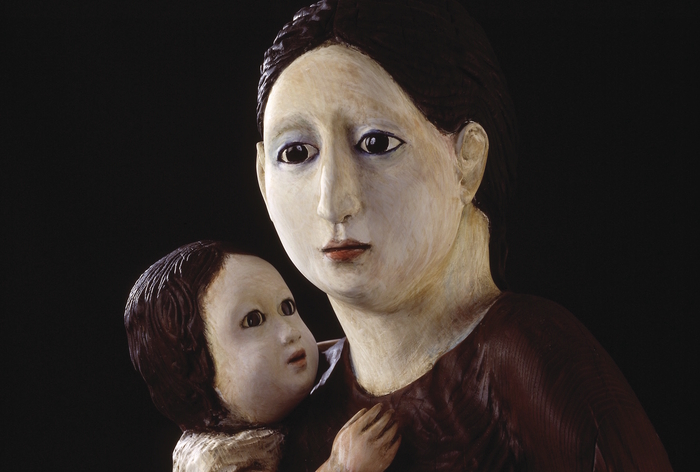 "These things are disappearing because the world is changing but I am glad that my generation could have one foot in that mythical world and that feeds into my work a lot. Of course I am not going to live in the past; in making my work I want to be in this world. One has to see the changes but I think the core never alters within yourself.”

Pacheco explains what prompted her move to the UK; “Through being interested in culture and, above all, in history, from the beginning I wanted to develop something that would have roots in the culture,” she replies. “I realised when I started to work seriously, after graduation, that there was no great interest in that sort of approach. Then I also felt that being a culture that had been colonised by Europe I was missing a link, so I wanted to come to Europe to find out what was this missing link.

"England would not necessarily be a place for that because it is very different from Brazil in terms of its culture, but I got a scholarship from the British Council so I moved here. Now I can see it was the best thing that could have happened because I had to fight very strongly not to lose my identity, but at the same time by speaking a very different language a new space opened to help me develop the work.” 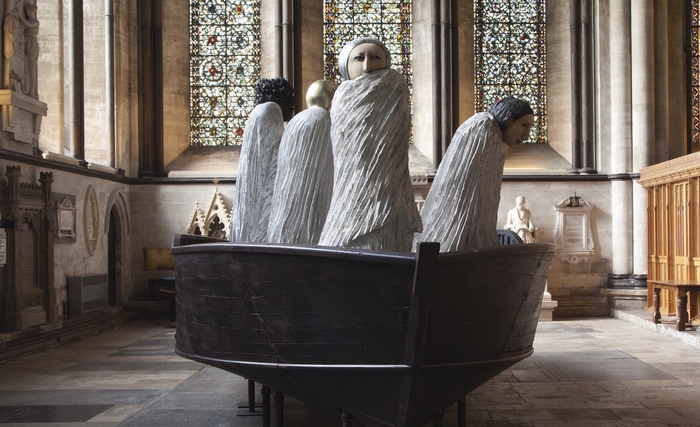 The Protestant culture of England must have contrasted greatly with the Catholicism of Brazil I note: “Brazil was a country of deep Catholicism, especially in its small villages,” she agrees. “My father came from a very Catholic family but my mother came from a Protestant family and that is very rare there, or was then. So I was exposed to these two different codes and only when I was an adult could I see how different it was and also how enriching because of the questions it makes you pose. You don’t necessarily get an answer but the questions are good for you.”

Dark Night Of The Soul arose from a residency Pacheco had at the National Gallery in London and was inspired by the gallery’s 15th century painting of Saint Sebastian by brothers Antonio and Piero del Pollaiuolo.

“This residency had two tiers,” Pacheco explains. “One, was for the artist to be exposed to the National Gallery’s wonderful collection of Florentine paintings. The other was for the public to understand a work; the work I make doesn’t happen easily because the process is very complicated –and dirty as well! I was asked to open my studio to the public once a month and I found that there was enormous interest from the public to know more about how the work was made. For me, it was a marvellous experience. When I was invited I was already working towards a piece around the del Pollaiuolos’ marvellous painting of Saint Sebastian so that was very fortuitous.” 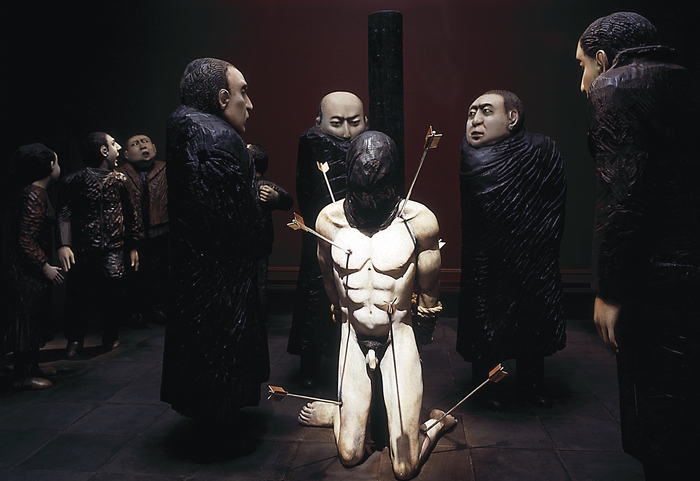 Pacheco reveals why St Sebastian is not referred to in the title of her piece; “I didn’t call my piece Saint Sebastian because it would close the reading of it. We live in a secular society and many people haven’t got a clue who Saint Sebastian was. Secondly, the way I work, my starting point is I refer to something familiar and then in the process of the work developing I change it and bring it to the present. I chose Saint Sebastian because I am very taken by the idea of injustice.

"St Sebastian did exist, and had a determination which I always think is an extraordinary quality in humans. He had an idea and he pursued it to the very end until he was martyred; but he wasn’t killed by the arrows. He was killed later because he came back and carried on antagonising the establishment. My choice of subject in this case is to do with the idea of a person who does not conform to the status quo; he wanted to bring new views, with a strong human violent connotation. 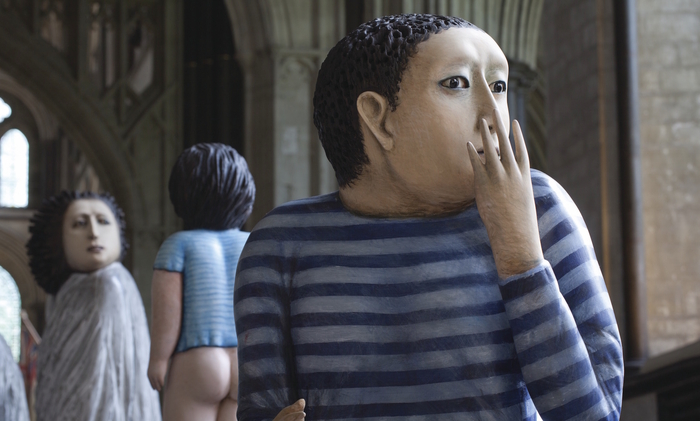 I ask about the scale of her figures and how she wants viewers to engage with them. “I don’t necessarily have a sense of megalomania about making large things, there is a reason,” she answers with a laugh. “There is a limit to how large you can make them considering what I wanted to achieve. I am using carved, polychromed sculpture, which is very much associated with the 18th century, and what I try to do is to create a situation where the onlooker has to ask questions.

"I ask questions as well but I don’t have the answer. The point is that the unfamiliarity creates a condition for people to look twice because they can’t dismiss it as an 18th century sculpture –i t isn’t. One point is to make it slightly larger because it is no longer a known object; you lose control if you have a small piece. In the history of art there are extraordinary, beautiful pieces that are very small and intimate but I feel when you have a small figurative carving you are in control and I want the thing to be in a situation where you have to confront the unfamiliarity and ask the questions so that is why I make them slightly larger.

"Second, walking among them also creates the same kind of situation where you are engaged physically instead of being just a passive onlooker. In our time this is very important because the public is often very passive watching all the media and virtual reality that there is no participation physically and we live in the physical world and that’s very important to me.”

Dark Night Of The Soul runs throughout the festival at the Festival Gallery in Market Street. On Tuesday July 18, Ana Maria Pacheco will discuss her work at the venue. See www.giaf.ie #GIAF17