ONE OF the hottest tickets in this year’s Galway International Arts Festival is Kneehigh Theatre Company’s exhilarating production of Tristan & Yseult which runs at the Town Hall Theatre from July 18 to 22.

First staged al fresco in a Cornwall castle in 2003, and later triumphantly transferred to the West End and Broadway, the show catapulted both Kneehigh and director Emma Rice to international attention and acclaim. It is an ebullient retelling of an ancient legend concerning Cornish King Mark, his intended Irish bride Yseult, and the gallant hero Tristan with whom she falls in love.

A timeless tale of forbidden desires, broken hearts, and the agony of choosing one person over another, and seen through the eyes of the ‘Chorus of the Unloved’, Tristan & Yseult blends grand passion, live music, comedy, and tender truths in an irresistible night of theatrical love.

Ahead of its Galway visit, Emma Rice spoke with me about Tristan & Yseult and Kneehigh, beginning with how being a Cornish company affected their development.

“Cornwall influenced us in so many ways, Kneehigh emerged from its community," she says. "It was a group of people who already lived there who wanted to make work, not only because we chose to do it but because nobody wants to come down to Cornwall. We couldn’t get people from London because we were an unknown company so we grew up completely independently as artists; we weren’t watching every London press night or thinking about where the next job was, we were just making work with each other.

"Being so isolated allowed the work to become very distinctive. There was also the way of life; we were in the middle of nowhere and that isolation meant that we ate together, drank together, partied together and became a community. As a director I would find out why people were funny or what their quirks were because we spent so much time together. If we had been in London everyone would have been nipping out to the cinema or theatre or going to see their families. All that had an influence and then there is the landscape; we performed outdoors for many years and there is no point doing lots of text when you are doing a show outdoors. The work became very physical and the storytelling robust.”

Older fans of the arts festival will recall the excitement generated by the visits of another brilliant Cornwall company, Footsbarn. I ask Rice was it an influence on Kneehigh? “They certainly were,” she replies. “Footsbarn were an institution in Cornwall. When they left, circa 1980, there was a big, hungry, audience here saying ‘What’s next?’ Kneehigh inherited that audience; Mike Shepperd who founded Kneehigh once said ‘Nothing teaches you quicker than having an audience saying ‘You’re not as good as Footsbarn’. They pushed us up the ladder very quickly.”

The Kneehigh troupe are a motley bunch as Rice readily admits: “The people that are drawn to Kneehigh tend to be outsiders; in the early days we had a sign-writer, a trash guitarist, a plumber, and puppeteers but we all pulled together as a ragtag and bobtail team with this unusual set of skills. I loved using the welding skills of a guy who was a welder because it looked great having welding on stage! 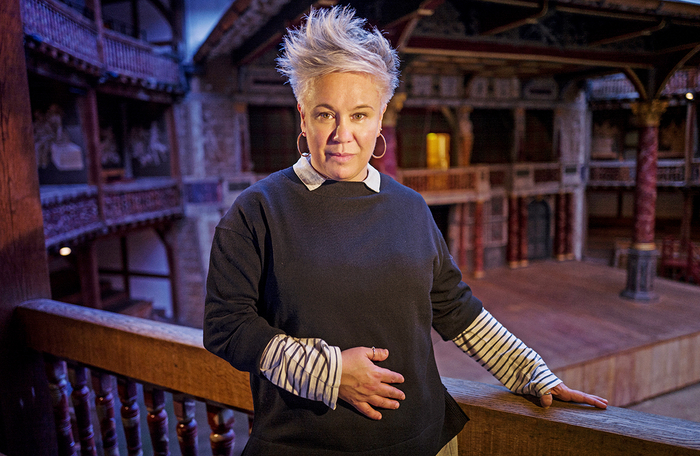 "There was a great sense of just making theatre and if that meant building something or making props we would do that, or playing a trumpet or musical saw; everybody brought all their skills into a part. As a director you had nobody saying ‘what’s my motivation?’ you had somebody saying ‘excuse me I’m going to put a zip wire on this tree’ and all that was really exciting and dynamic. Tristan & Yseult was absolutely born out of that, a very eclectic group of theatre-makers that brought lots of different skills to the room.”

Rice first joined Kneehigh as an actor in 1994 but working with the company saw her start directing; “I never had ambitions to be a director before joining Kneehigh but I was becoming a very involved theatre-maker,” she relates. “I had worked with a company in Exeter called Alibi that did a lot of storytelling for children which was very devised and I was becoming very creative in that world.

"I also trained in Poland with Gardzienice and then I started choreographing even though I had never done dance. I was full of ideas and Kneehigh being this very generous and porous company embraced all that and let me do more choreography and staging and direct rehearsals and then shows. It was definitely that Kneehigh crucible of creativity that allowed me to develop all my skills.”

Moving on to Tristan & Yseult, Rice describes how she approached the story; “I really struggled at the beginning. I found that whole medieval world very hard to connect to with its dragons, knights, and weird dwarves. I initially decided it would be told by a chorus of Cornish saints and we did a lot of work with that. We had a dragon on stilts and I can remember after the first week’s rehearsals thinking ‘This is awful’.

"I decided I didn’t want to tell a story about the two beautiful loving people, I wanted to tell one about the people who aren’t loved. There is this brilliant phrase in the legend, only two lines, which says Tristan went on to marry another woman, also called Iseult, but never consummated the marriage. I realised she’s the one I am interested in; she is the one who is so damaged by love and that is when everything changed with the 'Chorus of Unloved'.

"The world became modern, the dragons were cut - I made one into a human character - and now the show is like Reservoir Dogs meets medieval literature. Suddenly it was a world that was very relevant because it was about the trouble we get into as human beings and how we try to get out of it. It’s a brilliantly modern story for something so ancient, there are people getting into trouble with their emotions and trying to get through life. It feels very European, more French than English, but I love it and I think that is why people respond to it so strongly.” 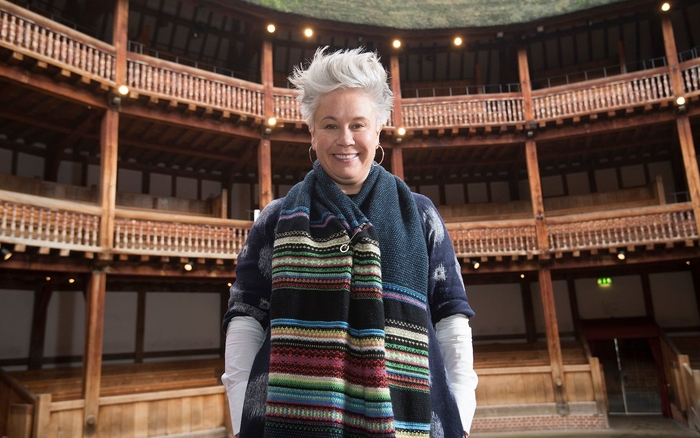 After its first open-air staging, Tristan & Yseult went on to enjoy many triumphant revivals and international tours. How did the show develop over that time? “It evolved enormously though anyone who saw it in that earliest incarnation would absolutely recognize the show as being the same,” Rice replies. “When we were first picked up by the Royal National Theatre we went from recorded sound to a live band and now that live music is very much part of the event. As different actors have stepped in and out of the roles, it’s like a squad system, we don’t recast; people leave and come back in different roles, and it honestly feels like we have brought our own experience and different actors have just added to it so it is like an amazing quilt of humanity that just gets richer every time we revisit it.

"We never replicate, we always give it time when we revisit and find new details so it is stronger and deeper than ever. It’s a unique mix of comedy and tragedy that is like an amazing chemistry experiment. It is one of the most joyful shows you’ll ever see and one of the most powerfully emotional. We trod that comic/tragic line so truthfully it still makes me cry, I watched it last night and I still cried.”

Emma Rice will also give a First Thought Talk at GIAF 17 in the Town Hall on Wednesday July 19 at 6pm. Admission is free. See www.giaf.ie #GIAF17