ONE OF the all-time great Irish plays, Juno and the Paycock by Sean O’Casey, looks set to thrill Galway audiences from Wednesday June 21 to Sunday 25 in an exciting joint production by Galway Community Theatre and the Town Hall Theatre, under the trusty direction of Andrew Flynn.

First staged by the Abbey Theatre in 1924, O’Casey’s play tells the story of the Boyle family who live in a crowded Dublin tenement during the Civil War. Jack Boyle is the self-styled ‘Captain’ and eponymous ‘Paycock’ who works hard to avoid work by skiving in Foley’s bar with constant side-kick Joxer Daly. Jack’s wife Juno is the breadwinner and powerhouse, but she’s surrounded by a family who scarcely deserve her.

Son Johnny was maimed during the War of Independence but is dreading a visit from his former IRA comrades while daughter Mary nurses delusions of grandeur. When solicitor Charles Bentham arrives to tell the family that they are due a large inheritance it sets in train the play’s propulsive, rollercoaster, ride that brilliantly blends wild comedy and deep tragedy.

Over the past few years Galway Community Theatre - usually in tandem with Galway Youth Theatre - have garnered rave reviews for shows like The Dead School, Frank Pig Says Hello, and Midsummer. Whereas those were by contemporary authors like Pat McCabe and David Grieg, Juno sees the company for the first time take on one of theatre’s enduring classics and a bona-fide ‘biggie’. So, when I dropped by the Town Hall one sunny afternoon last week to meet with both Juno (Patricia Bohan ) and the Paycock (Ger Howard ) in person, their excitement and anticipation around the upcoming show was palpable.

Both Bohan and Howard [photographed for the Galway Advertiser by Mike Shaughnessy, below] have been mainstays of GCT and before chatting about Juno they shared their feelings on what being part of the company means to them. “The most important thing for me is the theatre and my love for it, but what GCT has done for me is it has opened so many doors of friendship and you meet so many kinds of people along the way,” Bohan declares. “It’s a very non-judgmental environment; everybody gets along really well and you get to take part in something you love to do. Even though there are long hours and loads of rehearsals it is a different kind of stress to work, it is very enjoyable. And working with Andrew Flynn is an experience in itself, he is an amazing director.” 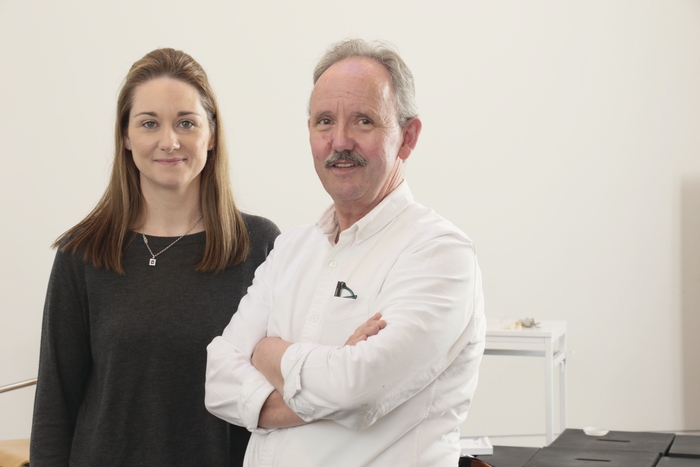 Ger Howard, who last year starred in Decadent Theatre’s tour of The Dead School, says of GCT “It’s brilliant for me. I’m from Clare and it is a great opportunity to break into the theatre world in Galway, and to be working with a high quality director like Andrew as well as with high quality actors and in high quality productions. As a director, Andrew never rests. He is always trying to find another level or new angles. He’ll arrive in the morning and say ‘I was thinking about this when I woke up today’ or ‘I was thinking about this last night’ and he keeps searching and searching right up to the show’s opening night. It’s great to work with someone who keeps challenging the actors –and himself.”

Moving on to Juno and the Paycock, ‘Captain’ Boyle is a man festooned with flaws; a feckless, boozy spoofer - the very opposite of Leo Varadkar’s ideal of an early-rising hard-working citizen. Does Howard find any positives in the Paycock? “With any character you are playing you develop an empathy for them,” he replies. “Boyle thinks a lot of himself and he feels hard done by. He believes people don’t understand him and that things just don’t go his way. Other people might not share that view of him but as an actor playing him I do have a lot of empathy for him.”

Boyle does have charm and charisma for all his flaws but Patricia Bohan has an easier task empathising with the redoubtable Juno, the family mainstay who also delivers one of the great speeches in Irish drama ‘Sacred Heart o’ Jesus, take away our hearts o’ stone, and give us hearts o’ flesh!’

“Juno is a fabulous character,” Bohan readily agrees. “She is the life source of the family and tries to be the glue and keep a handle on things and keep things together even though it’s not easy. She is amazing in that she does a good job of keeping everything going and keeping everybody united for as long as she can.”

Whereas Juno grows wiser over the course of the play’s eventful, gripping, journey, the same can not be said of Boyle. “He actually looks worse at the end than he does at the beginning,” Howard admits. “You hope for some redeeming feature in him as the play goes on but by the very end I don’t think there is too much whereas Juno gets stronger.” 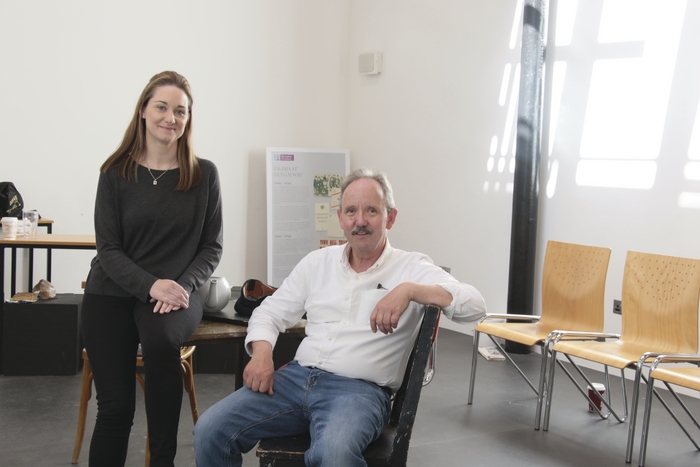 “Juno has spent many years doing the blame game and blaming Joxer a lot for their troubles when it was really Jack that was to blame,” Bohan observes. “The realisation does come to her at the end and she makes the decision to say goodbye to Boyle.”

Alongside the heart-wrenching tragedy, the play also abounds with exuberant comedy and vivacity. “The humour is great fun, it’s what lifts the play and I’m definitely enjoying the comedy side of it,” Bohan asserts.

“There is a lot of comedy in it and then it turns at a certain stage in the play,” Howard adds. “After the party scene everything gets very dark and O’Casey writes it really well the way he sets it up. He shows us the characters first and then he gives us a lot of humour, and lot of dodging and ducking, and then the money arrives and things are good. There is a lot of fun but things turn sour and at a certain stage in the play you can see it getting darker and darker. The play is a classic and it’s a privilege to play these parts.”