PERHAPS THE hottest ticket in GIAF 2017 is Woyzeck In Winter, in which some of Ireland’s foremost theatre-makers combine to present a thrilling fusion of two timeless German classics; Georg Büchner’s play Woyzeck and Franz Schubert’s Winterreise song cycle.

Woyzeck In Winter is adapted and directed by Conall Morrison whose previous adaptations include The Bacchae of Baghdad (after Euripides ) and Antigone, which relocated Sophocles’ drama to the modern Middle East.

“I love going back to the classics and exploiting their primal power,” he tells me. “They are superb pieces of storytelling with great insight and emotion. When I approach a classic I always ask is there anything interesting I can bring to it without being disrespectful to what’s there; is there a new light I can cast that can be surprising and startling for audiences so that it is refracted through a different lens that animates the piece and intensifies it.”

With Woyzeck In Winter, Morrison takes on two classics simultaneously. “I’ve been obsessed with both pieces for years,” he states. “I think Woyzeck is one of the most electrifying plays ever written and Winterreise the greatest song cycle. I repeatedly listen to different recordings of Winterreise and study different translations of Woyzeck and see as many productions as I can. I roughly knew what was going on in the lyrics of Winterreise in German but it was only when I began studying them in detail that I realised how its story of a man spurned by his lover, whose world collapses and who has this hallucinatory breakdown, is also the story of Woyzeck.

"I began to map one on to the other and there were all sorts of coincidences and connections between the two. I felt that, if I could split up the song cycle between different characters, Winterreise could fuse successfully with Woyzeck. It was also heavily workshopped in London and Dublin; I kept testing it and refining it to make sure that the two together created a single unity, a new entity with its own integrity and coherence.”

The production of Woyzeck In Winter is on an operatic scale, as Morrison reveals: “We have a remarkable set by Jamie Vartan which is built out of over 100 pianos, a huge mountainscape of pianos which is representative of the inside of Woyzeck’s mind and that the piano is the motor in the engine of the piece, the piano score of Winterreise.

"The piano is the central metaphor; an infinitely expressive instrument capable of great music and emotional articulacy but it can so easily become detuned and be knocked out of kilter. We also got a wonderful cast together; an absolute A-Team any one of whom could lead a company; the likes of Rosaleen Linehan, Barry McGovern, Camille O’Sullivan, Patrick O’Kane and Stephen Brennan. They are also all very good singers as well as superlative actors who are able to realise the language of the piece, its mix between spoken opera, melodrama, and ballad opera.” 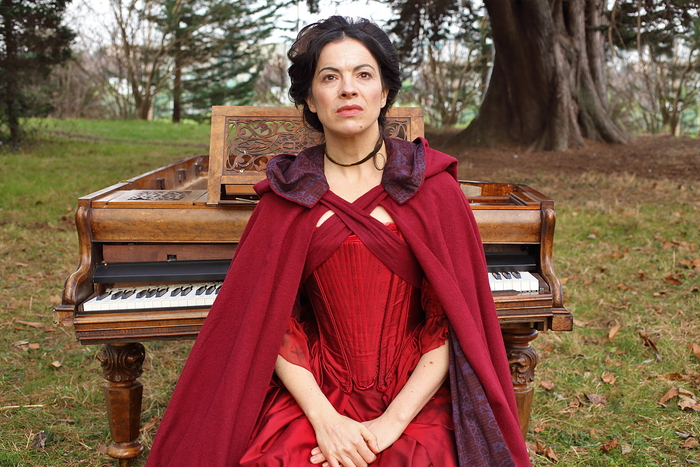 Morrison expands on the distinctive musical style of the production; “I wanted voices that weren’t classically trained. Part of our aim is to present Schubert’s songs to a wider audience. They are normally limited to the concert hall but as you get to know the lyrics you realise they are incredible songs of passion, madness, love, jealousy and pain; they have a remarkable range of emotions. They are thrilling in German but when you hear them in English they become much more immediate and sound like a lost set of Kurt Weill songs.

"Schubert had an unparalleled capacity to create magical melodies as well as a sense of the dramatic and the psychological. The lyrics were translated by Stephen Clark who unfortunately died last year. We had worked together on Martin Guerre for Cameron Mackintosh and he translated La Traviata for me for English National Opera. With Woyzeck In Winter he did the most brilliant job of translating lyrics that fit beautifully onto Schubert’s piano score but also makes it immediate and accessible and moving.”

Morrison’s mention of Kurt Weill prompts me to ask whether that was why he cast Camille O’Sullivan with her strong background in the music of Weimar-era Germany.

“It’s absolutely that,” he admits. “Camille is without peer in her ability to deliver these songs. She is a superb storyteller and is musically thrilling and a very good actress. She is playing Marie, Woyzeck’s partner, who makes the fatal misstep of having an affair with a drum major. She is just knocking it out of the park in rehearsals. Hearing her sing those songs is a wonderful thing. And hearing Rosaleen Linehan do ‘The Hurdy Gurdy Man’ which is like a sinister busker’s song, is a delight as she brings to bear all her musical acumen and experience as a performer and a woman.

"All the cast have great voices; they’re not bel canto voices but they are wonderfully characterful voices and they are all great storytellers within the songs which is exactly what I wanted. Harnessing the song cycle like this in the show may seem cheeky to Schubert purists but it’s a wonderful energy to bring into a play like Woyzeck. Conor Linehan is our musical director and pianist and he is at a Steinway grand accompanying the songs but we also use a lot of piano score for the songs as an underscore, and for atmospheric effect in the same way that Schubert did; so Conor is doing this infinitely expressive as the playing works its way through. It’s very exciting.” 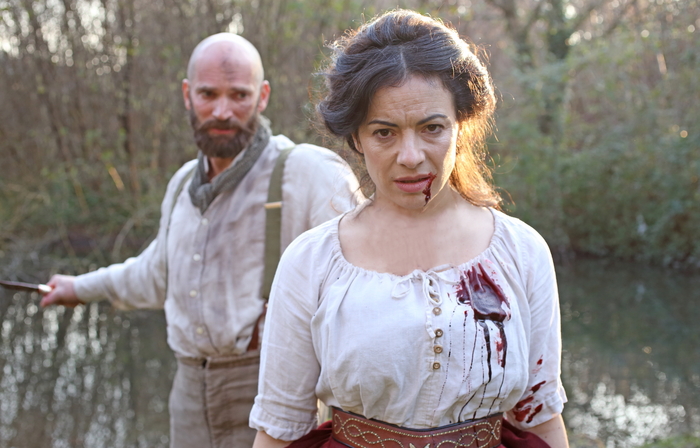 I ask Morrison about the actual process of knitting together Büchner’s play and Schubert’s songs; “The scenes in Büchner’s play are short and shard-like, and travel a lot of ground in a short time,” he replies. “It’s a very arresting play where you get glimpses of Woyzeck’s life held up to the light. It’s astonishing, it comes out of German Romanticism but it absolutely prefigures both film and the German Expressionism of the 20th century. I don’t use all of the songs from Winterreise, I use about 18 of the 24 and we don’t always sing all of the song, and they don’t appear in the same order that Schubert had them in. I just went through the play scene by scene and thought which song fits each scene or character, or which song articulates something in a scene that a character is feeling. I kept trying that out until I finally felt that the jigsaw fitted together.”

Woyzeck In Winter runs at the Black Box from July 17 to 22 at 7pm nightly, with previews at the same time from 13 to 16. There is a 4pm performance on July 23 and a 2pm matinee on July 22. No performance on July 18. On July 20 there will be a post-show talk with the company, moderated by NUIG's Prof Patrick Lonergan.