UNDER A dark and unforgiving sky, in a society in chaos and turmoil, three women who have endured physical, sexual, or emotional trauma and violence, drug abuse, and one finding herself needing to seek an abortion, gather to tell their stories.

This is Crestfall by Mark O’Rowe - the playwright and screenwriter best known for Howie The Rookie, Intermission, and Perrier’s Bounty - which comes to The Mick Lally Theatre, Druid Lane, as part of the Galway International Arts Festival. It stars Kate Stanley Brennan, Siobhán Cullen, and Amy McElhatton, and is directed by Annabelle Comyn.

O’Rowe first wrote the play in 2003, revised it in 2011, and has reworked it again with Annabelle Comyn for this Druid presentation. Galway audiences will be familiar with Annabelle’s work as she directed Helen and I by Tuam playwright Meadhbh McHugh. So what was the attraction for her in reviving this play?

“I first came across the play six years ago,” she tells me as we sit upstairs in The Mick Lally Theatre for the interview. “I found Mark’s writing and his use of language incredibly robust and muscular, there were great, very vivid, characters and complex ideas." 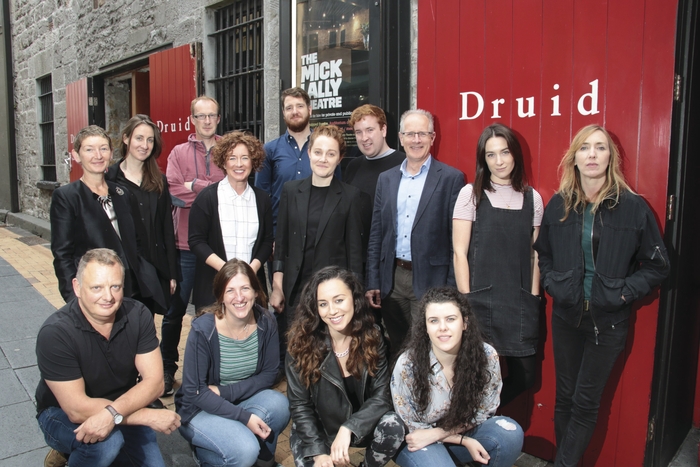 Dealing with issues like sex, drugs, violence, and crime, Crestfall appears, on the surface to have the makings of a classic noir tale, but it is probing something deeper, and darker, which lies within the play’s characters of Alison, Olive, and Tilly. “When we are introduced to this world of violence, abuse, and sex, it feels fantastical, heightened, filmic in some ways,” says Annabelle, “but as the layers peel away it is a surface, and underneath we see the damage and the trauma that is insidious within this society, where people’s lives are damaged and how this damage then creates more violence. Voiceless begets violence. The play feels very resonant now as society is in such a state of turmoil and change.”

While women are able to write perceptively about men, male authors often find it a challenge to write convincingly about women, and very few manage to do it successfully. Has O’Rowe succeeded in depicting the inner workings of women like Olive, Alison, and Tilly? [played respectively by Siobhán Cullen, Kate Stanley Brennan, and Amy McElhatton, pictured with Annabelle Comyn. Photo:-Mike Shaughnessy]

“The environment they live in is beyond my own experiences,” says Annabelle, “but it’s in our psyche through hate, and politics, and abuse, and society, so I think Mark gives great complexity to the voice of women. There is a real emotional core to these women who feel hard, toughened, or are victims. Mark delves deep into these characters. They are conflicted women, and that really comes across and makes them more dramatically interesting.” 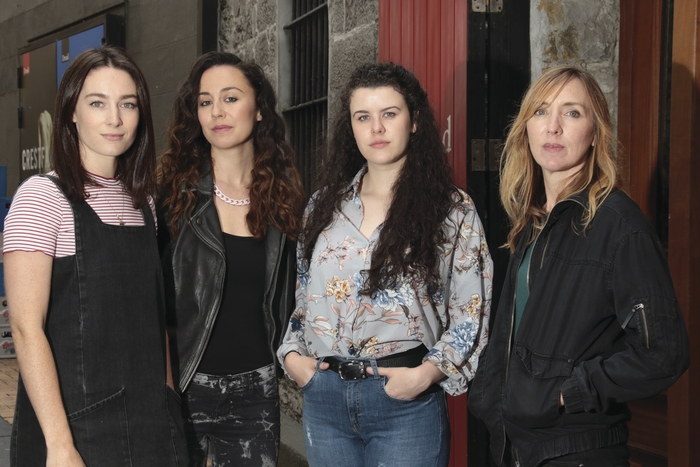 Dealing with the most intimate and harrowing details in the lives of these women needs an intimate space to heighten that experience, which makes The Mick Lally Theatre ideal for staging the play.

“When Mark and I were looking to do the play, it felt right that Druid should produce it,” says Annabelle. "There is something about the Mick Lally that’s appropriate. It will support the play’s intimacy, which will be heightened by the set design. It’s set in a container, so it creates an intimacy between the characters, and between them and the audience. The set is like a piece on installation art - what world are they in and what world do we, the audience, enter? How do the characters connect? How do their stories connect?

“We’ve had long conversations about the world of this production. In some ways it seems Beckett-ian - people caught in this eternal headspace, a no-man’s land where they are trapped in their own events.”

While telling their harrowing stories, Alison, Olive, and Tilly do so in a most unusual way, at least in contemporary theatre, for they speak in rhymes and rhythms - a style closer to poetry and spoken word than naturalistic speech.

“Those rhythmic, rhyming lines is what gives that muscularity, and musicality, to the play’s language,” says Annabelle. “It seems to heighten the emotion of the play, it gives an epic quality to the personal and complex emotions, and engages the listener into the thoughts and emotions of the characters more readily and immediately than natural dialogue actually would - it gets to the core of the thought.” 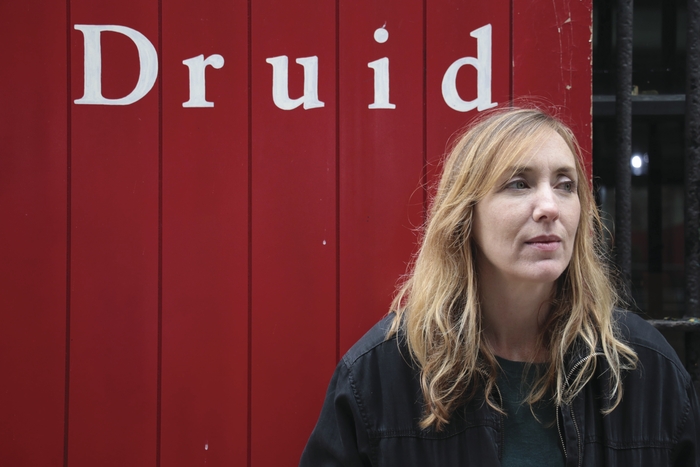 While the language is musical and rhythmic, it is also ‘Strong’ - a phrase now used instead of 'bad language' - but any view of Crestfall as full of ‘effin’ and blindin’’ for its own sake is mistaken. As Annabelle points out, it is there for a reason.

“In the nineties I was living in London and you had a lot of what was called ‘in your face’ theatre,” she says, “where there was a re-definition and re-exploration of language. Crestfall isn’t one of those plays, but every piece of strong language that is used, is there for a purpose.

“Olive uses strong language about her own body. It gives her ownership over her action and her body in a way that stops people judging her. She uses crude language about herself but it means that if you start accusing her of sleeping around, she will take that, turn it around, and fend off your judgment. The other characters don’t use strong language as much, but when they do it is to focus a thought or frame an idea that is emotionally wrought. It’s a way of defining and taking ownership.”