AUSTRALIAN SWIMMER Elizabeth Moncello was the unofficial inventor of the butterfly stroke. She had a watertight reason for learning to swim and watching schools of fish, penguins, and other amphibian friends taught her how.

Her story will now be be told by the Australian writer/performer Alice Mary Cooper, who is coming to the Town Hall Theatre Galway next week to present her acclaimed solo stage show Waves.

Cooper is an actor, clown, and theatre-maker from Sydney. Following a Creative Arts Degree in Melbourne, she trained at L’Ecole Philippe Gaulier in Paris, and now lives in Scotland where she is an Associate Artist with Imaginate. She first presented Waves at the 2013 Edinburgh Fringe, since when it has successfully toured Britain, Australia, and New Zealand, and now makes its first Irish visit.

“I’ve been based in Edinburgh for about four years now” Cooper tells me. “Before that I lived in Brittany and wanted to move somewhere that had more theatre happening - or theatre that I could get involved in because my French wasn’t great! So I chose Edinburgh because I had been here before and really liked the city.” 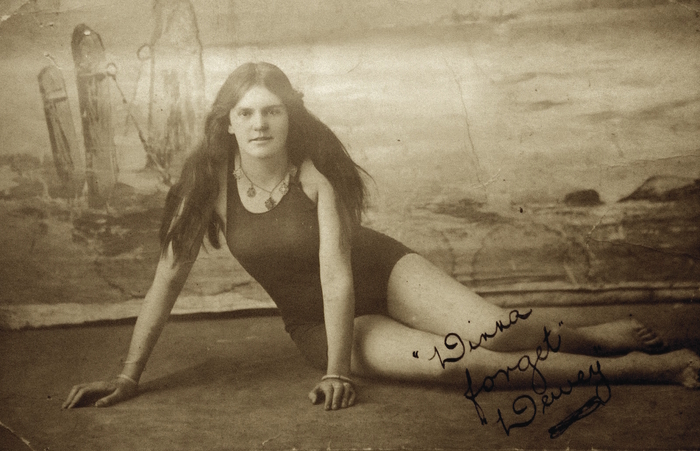 Several reviews have described the play as though it were a biographical piece and that Elizabeth Moncello was a real person but Cooper reveals this is not the case. “I invented the character of Elizabeth so the play is historical fiction. The show is a kind of hommage to women swimmers like her from that era like Fanny Durack [pictured above], Annette Kellerman, and Mina Wylie who were pioneering Australian swimmers at the turn of the 20th century," she says. "In some ways Elizabeth is an amalgamation of bits of them, but more their characters than specific things they did. There is a lot of me in her as well. It very much reflects my way of learning how to do things which is by observing; Elizabeth learns to swim by observing the fish and penguins and dolphins and reading The Little Mermaid. Also it shares my experience of growing up in Australia and my love of swimming and the butterfly stroke.”

Ah, the butterfly stroke. A keen swimmer himself, Galway Advertiser arts editor Kernan Andrews, when discussing this article with me ahead of my interview with Cooper, roundly declared "That butterfly stroke is the most awkward, useless swimming stroke there is!" I challenge Ms Cooper to mount a defence of the thus-maligned butterfly.

She laughs heartily in response and then proffers; “I’d start by saying it is a lot easier when you are younger. I wouldn’t necessarily say it is my favourite stroke now; I’ll mostly use freestyle when I swim these days. When you watch younger children doing it, and I remember this when I was younger, you’re very light in the water when you do the butterfly stroke. So you do literally fly up and down through the water and that is really enjoyable. You feel like you’re going really fast as you’re skimming along the top of the water. I found it the most rewarding stroke once I had mastered how to do it; maybe that was because it is a difficult stroke to do well.” 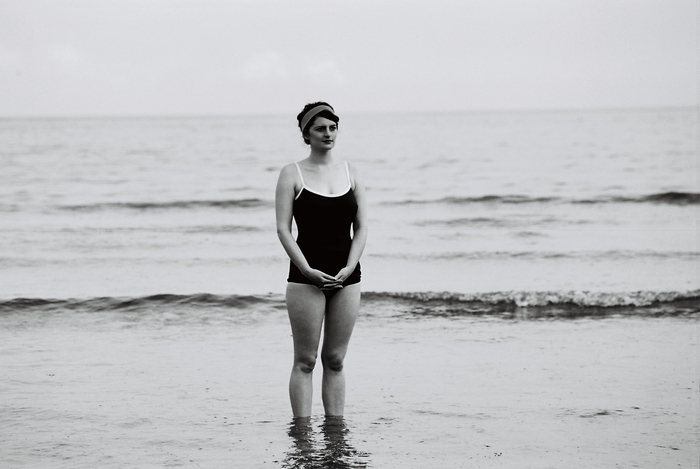 With swimming being one of the main themes of the play, it is no surprise to learn the show is very physical. “It is highly physical,” Cooper admits. “In the first five minutes I am constantly moving and it almost feels like being in an exercise class for me. I get very fit after doing a run of this show. Waves describes someone learning how to swim and I demonstrate how she puts together all the different aspects that she learns from watching different creatures – she gets her kick from the mermaid, the fin from the dolphin, and her arm movement from watching penguins.”

With her theatrical grounding being in the discipline of clowning, it goes without saying that Waves also has plenty of comic moments. “It is funny,” Cooper agrees. “Having trained as a clown impacts everything I make. It is impossible for me to do a show that is completely serious. The show is funny and sad and serious but the ways I use my body in it is quite clownish so there is that humour in it.”

As well as showing the young Elizabeth’s joyous discovery of swimming, Waves shows her as an old woman in her nineties and, as Exeunt magazine noted in its review of the show, "What Cooper is also doing is reminding us that old people had a life before they became frailer, greyer, and less noticeable to others." 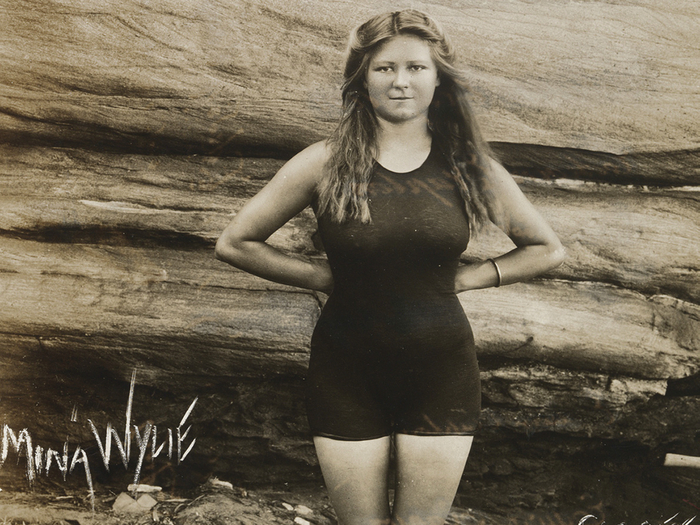 Cooper acknowledges this aspect of the show was a big factor in her thoughts when devising it; “When I was starting to think about this story I’d also been seriously thinking about retraining as a carer or nurse. So my head was kind of involved in contemplating hospitals and nursing homes where people spend their last days. I was also thinking about how old people hold so much within them, their memories and thoughts and that they have had such rich full lives and unless they have someone to talk to they take all that with them when they pass away. It’s something I have thought about for a while because both my parents work in hospitals.”

Cooper concludes our chat by pointing out that Waves will appeal to playgoers both young and old; “It is equally suitable for adults and children. Kids of seven or eight who are maybe just learning to swim can relate to the struggles Elizabeth describes doing that while older people relate to the parts of the show dealing with old age.”