TOMORROW IS January 6 - the feast of the Epiphany - which in Ireland has long been known as Nollaig na mBan or Women’s Christmas in Ireland and was a day when women would get together and celebrate. That hallowed tradition is to get a whole new lease of life – and lights - this weekend with a new festival - Illuminate Herstory - taking place in towns and cities across the country.

Illuminate Herstory is a light projection festival to celebrate women, illuminating the country with images of women as the Christmas lights go out. From the shadows into the light, it will share women’s stories from families and communities and resurrect tales of lost national heroines and women admired around the world.

The festival is just one of a wide range of activities generated by Herstory, a new cultural movement which aims to tell the lost stories of Irish women from history and today. Adopting a collaborative and experimental approach, Herstory incorporates music, comedy, theatre, fashion, dance, photography, poetry, fine art, and film.

The Galway programme of Illuminate Herstory is being curated by Dani Gill and, over an afternoon coffee at Renzo Café, she filled me in on the festival, beginning with Herstory’s back-story.

“Herstory was founded by Melanie Lynch who was here in Galway in the summer," Dani tells me. "She gave a talk at the Above The Fold creative conference in Druid. She began Herstory even before Waking the Feminists and those other movements. She felt passionately that there were a lot of Irish women who were forgotten in history; Herstory’s tagline is ‘What is history without herstory’. 2017 has loads of Herstory activities and events and it all kicks off with this festival which was the idea of Leslie Tully in Dublin.

"She wanted to illuminate iconic buildings around Ireland with images of women over Nollaig na mBan. Galway City Council wanted to do something here and I fell into the mix then to curate the activities and it’s grown into a proper mini-festival. It’s had a massive response from businesses all round the city that got in touch to say they wanted to do something to support it so now there is a full programme of events for the weekend.” 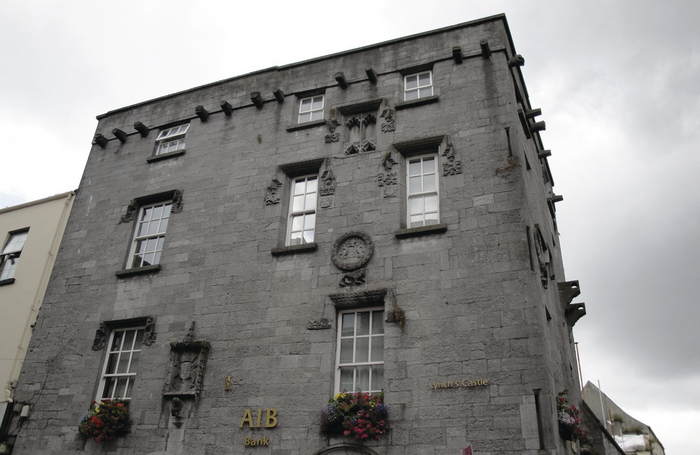 Dani goes on to outline some of the events festival-goers can look forward to over the weekend. “On Friday 6 there is going to be a street launch of the festival at 5.30 pm outside Lynch’s Castle. There’ll be a large-scale outdoor projection on the castle walls. Nobody’s done a large scale projection like this before in Galway. The projection will feature two different shows; on one night it will be historical women associated with the west.

"There will also be a night of contemporary images given by local photographer Julia Dunin. She has given us some images and the ones I’ve chosen all show women in some form of being erased; they are obscured in some way, either their back is to the camera or their face is not shown. I picked them because they match the theme of Herstory.

After the launch on the Friday, an event entitled I’ve Never Heard of Her, takes place in 56 Central, in Shop Street, from 6pm to 10pm. Sponsored by Strive For It and Athru it will feature art, live music, mini talks by actors representing the past women of Ireland, and a feast of gourmet meats, cheeses and salads.

"It will be an amazing event," says Dani. "There’ll be food and champagne and art on display and biographies of forgotten Irish women. There’ll be afters and entertainment so it is a nice blend of activities.” Tickets for this event are available online from www.56central.com.

On Saturday 7, from 2pm-4pm, there will be an open mic event in association with Galway 2020 in the Cornstore. “That will be an opportunity for anyone who wants to be involved to come and tell a story about themselves or other women,” Gill declares. “I’m looking forward to that because I think it gives a forum and a space for people to get up.

"It’s a very simple thing telling a story but we forget the power of a story too. In the last couple of weeks I’ve been talking to a lot of women who’ve been mentioning either relatives or friends or people they’ve studied who are really interesting. I think in Irish culture word of mouth and story-telling is such a strong tradition; it’s how we remember things and how things are passed on and this event is an opportunity for us, in a simple way, to honour memories of people and also to celebrate contemporary women.”

Anyone wanting to take part in this event can sign up on the day 30 minutes beforehand, or in advance by emailing [email protected]. 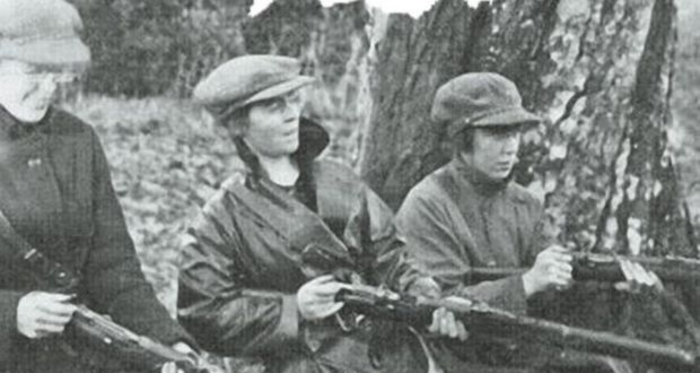 “Mary Clancy will give a presentation on ‘Path-breaking Women’ from her research in NUIG and it sounds amazing,” Gill says. “One woman she’s particularly interested in is Alice Perry, Ireland’s first female civil engineer who qualified from NUIG in 1906. Some of the stories that have come up in Herstory, and in Mary’s research, show that a lot of these women were scientists and engineers which I find fascinating because there is a lot of encouragement now for young women to go into these fields.

"There are many notable accomplishments by Irish women in those fields that are simply not documented so I think there is a definite value in reviving those stories and being able to tell people about these women because in our day to day lives now we’re not aware of them and they are amazing role models for young women. That’s one basis of Herstory; women coming out of the shadows into the light and that people will be able to see and learn from the amazing experiences that these women had.”

The festival winds up on Sunday with what will surely be a tasty finale at Kai Restaurant. “Jess in Kai is doing ‘Brunch na mBán’ and she’s going to use recipes from local Galway women,” Dani reveals. “She was telling me that when she came to Galway first from New Zealand one of the O’Mailles taught her how to make brown bread and she said a lot of things like that happened to her over the years; women would be sharing with her what they liked to cook and she learned a lot from women like that. She was gathering them over Christmas to talk with them about what they made and eaten.

The brunch starts at 12 noon and features recipes from Galway women and there are plans to photograph the women with their recipes at the restaurant on the day.

Illuminate Herstory certainly has the makings of a great weekend for the women of the west. May men come along as well, I enquire tentatively, prompting a hearty laugh in response from Dani: “It’s funny I actually met a man last night who told me he loved Nollaig na mBán because it was something his mother always really valued it and he makes a point of marking it every Christmas. Men are welcome to attend any of the events. This will hopefully become an annual event and I think starting off the year with a woman’s festival would be great; both for men and women!”