THE CHAOS unleashed by Brexit - political, parliamentary, legal, and constitutional — specifically the threat of No Deal is, understandably, not something Jayde Adams wants to get into today.

“I’d love to be a catastrophiser, I know the press thrive on catastrophe, but I’ve just had some porridge and I’m feeling really good,” she tells me as we begin our Thursday morning interview. She is not being flippant, she talks about how “worried” people are by the situation, how deeply “divisive” the issue continues to be.

“I’m merely a comedian, I’m no expert on politics,” she says. “I’m just trying to make everyone laugh. Laughter is something that can bring us together. Even if it all goes to hell, we’ll still have comedy - call me Mother Courage I guess.” Then she adds mischievously, “Mind you, if Brexit means I won’t be able to get croissants anymore I’m going to be very angry.”

Yet Jayde’s comedy is political, unapologetically feminist, and in her latest show, The Ballad of Kylie Jenner’s Old Face, she explores how social media and digital technology are impacting on, not only how society views women, but on how women view themselves, and the subsequent effects on self-perception and self-confidence - issues which, in many respects, are no less serious than Brexit.

The multi-award winning comedian (Scottish Sun’s Best Female Comedian Winner 2017 and Best Show of Edinburgh Fringe Winner 2017 and Funny Women Award Winner 2014 ) is bringing The Ballad of Kylie Jenner’s Old Face to the Vodafone Comedy Carnival in October. "I'll be having a pop at pop culture," she says.

The show is a critical look at how pop stars and online celebrities are embracing feminism, yet are undermining it through tokenistic gestures which place more importance on image and individual commercial concerns (“a heady cocktail of jokes, purpose, and passion that tackles empty sloganeering and speaks to the head as much as the heart” - Chortle.co.uk; “The Bristolian standup’s blunt good sense is deployed to optimal effect in taking fashionable feminism in the Instagram age to task” - The Guardian; “Adams seriously impresses with this tongue-in-cheek lecture, confirming that the seasoned stand-up’s gift of deeper analysis…were inside her all along” - The Scotsman ).

“You have girls in bikinis posting about World Earth Day. It’s not about the environment, this is just an advertising tool for them. This kind of culture affects women’s self-confidence and body positivity, because it is all about the body and the face. Social media and pop culture are so controlled by images, and these are the images young women are being presented with, and that they are expected to be validated by.” 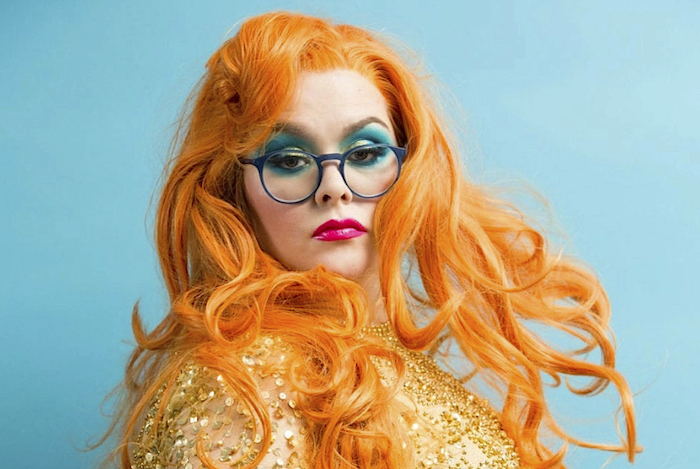 Jayde’s onstage image is high glamour and fabulousness, drawing from her days as an Adele impersonator and sharing the stage with drag queens. For ...Kylie Jenner’s Old Face, however, Jayde will be resplendent in a very sober and serious black turtle-neck jumper. In this way, show also confronts class and how appearance can condition one person’s preconception of another’s intelligence.

“My ex-agent - ex being the operative word - told me I wasn’t getting panel show slots and reviews because I wasn’t being taken seriously," she says. "Glamour was the problem. So for this show I adopted the black turtle-neck, and suddenly I’m getting coverage in the broadsheets, even though I’m still talking about the same issues I was over the last two years. So, putting me in a middle-class jumper was all it took for me to be taken seriously. That’s how mad and easy it is, to make people listen!”

For Jayde, the challenge is to go beyond the body, and she is also unambiguous about what she wants this show to achieve. “I want to be a role model for young women,” she declares, and she has the struggles and scars to earn the right see herself as capable of taking on that role: “I’ve had issues with confidence and body issues,” she says. “I also watched my sister die in front of me.”

Jayde’s sister Jenna died of cancer in 2011, and it was during that time that Jayde found her gift for comedy. “I found myself making grieving people laugh,” she says. “I found I properly became a comedian after she died. It was something that gave me the ability to go on. And comedy is not an easy job. Sometimes you don’t get paid. Sometimes the promoters are hard to deal with. Sometimes you don’t get what you want, but all those experiences helped me build up a lot of defences and toughness to deal with all that.”

'At the Edinburgh festival the buzz was all about the shows by female comedians. It’s an exciting time for women in comedy'

Given Jayde’s comedy explores how feminism can be ill-served by celebrity co-option, what does feminism mean to her? “If you’re a nice person, you’re a feminist,” she states. “If you care about people, help people, then you are a feminist. For me, feminism is also about understanding what power I have, how I fit into society, how other women fit into society, and the knowledge of what’s come before, and the privileges I have of being a women in 2019, that, say Emmeline Pankhurst in her era did not have, and appreciating the difficulties she faced. It’s not just about what I can get out of the world.” 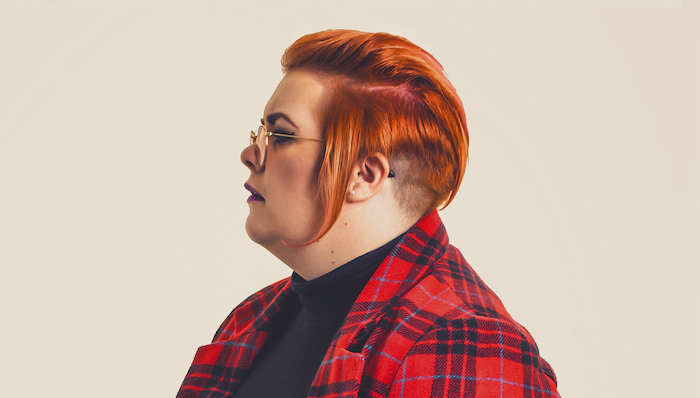 Finally, Jayde will also be taking …Kylie Jenner’s Old Face beyond Irish and British audiences, with filming about to start for an Amazon Prime special. “I’m being given an amazing opportunity to put this out worldwide,” she says. “Filming starts September 21 in London. It’s very exciting. I mean, I used to work in ASDA! I look around now and I see more and more women in comedy. At the Edinburgh festival the buzz was all about the shows by female comedians. It’s an exciting time for women in comedy.”