Galway-born psychiatrist Brendan Kelly, professor of psychiatry at Trinity College and Consultant Psychiatrist at Tallaght University Hospital, is one of Ireland’s leading voices in the field of mental health care.

His books include Mental Health in Ireland: The Complete Guide for Patients; Families, Health Care Professionals and Everyone Who Wants To Be Well; and Hearing Voices; the History of Psychiatry in Ireland. Last month, Kelly’s latest book was published by Gill Books. The Doctor Who Sat For A Year charts his attempt to meditate 15 minutes a day for a year. Incorporating Kelly’s long-standing fascination with Buddhism, and with digressions about his love of cinema and interactions with the family cat, this is a funny, thoughtful, and inspiring book.

Over an engaging, and thought-provoking, phone interview, Kelly outlined the benefits of meditation and shared his thoughts on aspects of mental health care in modern Ireland. Kelly grew up in Renmore and went to secondary school in the Bish followed by studying medicine at UCG, as it then was. After a couple of years working as a medical house officer in Galway, in 1998 he left to train as a psychiatrist in Dublin and has lived there ever since. 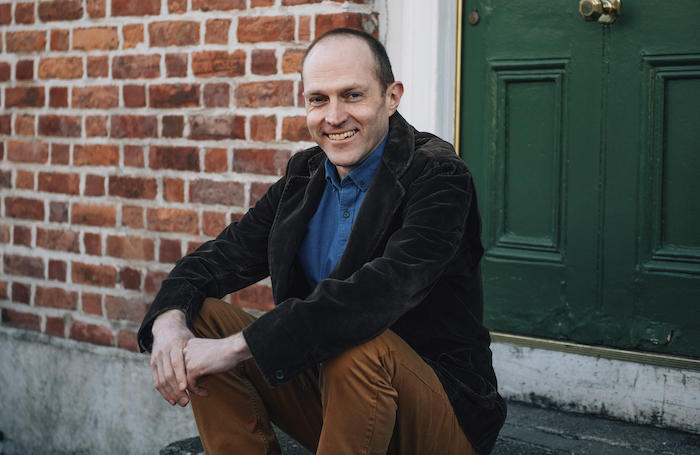 Interestingly, psychiatry was not his first choice of career. “In the Bish, which was a wonderful school, I decided I wanted to be either an economist or a psychiatrist - two quite specific and different jobs," he says. "I initially settled on economist and until my Junior Cert I was studying economics, accounting and business organisation. Then in the Leaving Cert cycle I slowly ditched all those for science subjects – much to the consternation of the career guidance teacher.

"Psychiatry attracted me because of the openness of the field; its difficulties, challenges and ambiguities on the one hand, and on the other hand the undoubted need for it. This is a tension in psychiatry because a lot of it is very contested and uncertain but on the other hand there is no doubting its need when you look at depression in society, mental illness, suicide and all of that.”

'There needs to be more research into why some 400 people die by suicide in Ireland every year. We should resist easy explanations however'

Not content with qualifying and working as a psychiatrist Kelly has also racked up a slew of other meaty degrees. He explains the impetus behind this. “My primary interest is in the mind and what we can understand about it; particularly mental illness," he says. "So along the way I did master's degrees in healthcare management and epidemiology.

"I did a PhD in law, looking at human rights and mental health law, and then a PhD in history looking at the history of Ireland’s psychiatric institutions. These other qualifications are all related to mental health and how we have treated it in this country. I also did a doctorate in governance looking at public sector governance in Ireland with particular focus on mental health services. What’s most relevant to the new book is that I did a master’s degree in Buddhist studies.” 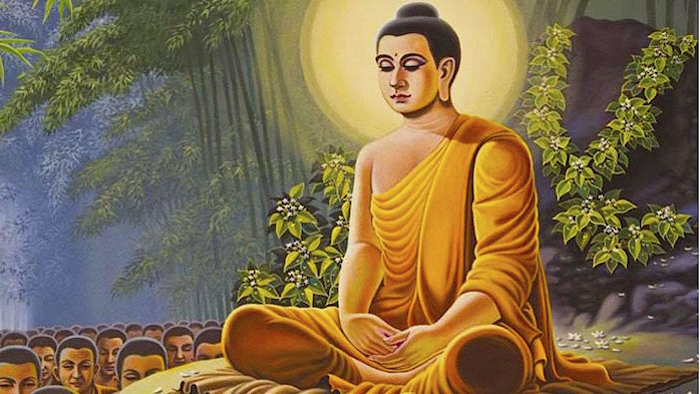 The precepts of Buddhism are a strand running through The Doctor Who Sat For A Year. Kelly reveals its attraction for him: “I’ve always been interested in different religions and the richness of what they tell us about human life and human thinking. There are so many commonalities across religions that they make a good window into patterns of human thought and psychological need. Buddhism attracted me particularly because of it teaching that, with practice, we can control our mind better and be calmer and less unsettled in our daily life. People cope surprisingly well with great difficulties in life but we cope surprisingly poorly with the small day to day irritations and Buddhism teaches a way of diminishing that problem.”

The book touches on the interface between mindfulness and meditation. “Mindfulness is often touted as a woolly concept but in fact it is a very rich part of a deep Buddhist tradition about cultivating your mind and controlling your thoughts and it offers real benefits,” Kelly declares. “There is strong evidence that it is helpful in preventing relapses from severe depression. We’ve done very well as a society in normalising physical health; we know we should have a good diet and that we should exercise – whether we do it or not is another issue - but we haven’t reached the same level in relation to mental health and mindfulness can help address that.”

I inquire whether he has kept up his daily meditation sessions since finishing the book. “Yes. After three or four months we establish a new habit so this has remained a habit and it is very helpful," he says. "The purpose of sitting and meditating is not to have a good meditation session but to improve your life between meditations and once you begin to see that happen it becomes easier to do. It clearly teaches the skill of being aware of how irrational some of our emotions are.” 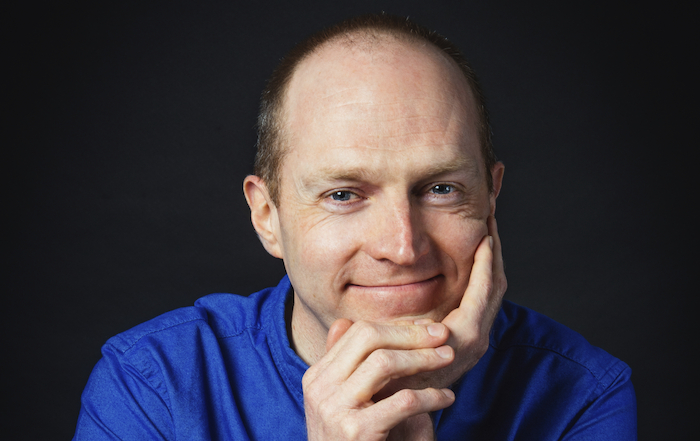 Suicide among young men in Ireland all too often makes the headlines. Kelly offers these thoughts on the issue. “There has been a lot of research into the subject but it is difficult to figure out. Each person has such a variety of factors shaping their choices. Ireland’s overall rate of suicide is actually falling; it fell by 28 per cent between 2012 and 2017 and globally the rate is falling also. We still have a problem with suicide, absolutely, and there does need to be more research into why some 400 people die by suicide in Ireland every year. We should resist easy explanations however.

"Some people just blame social media and that is too simplistic. There is much that is good about social media alongside what is bad – people comparing themselves with other people and with celebrities and feeling bad as a result for instance. Young people use social media in subtle and complex ways as well so we need to resist simple explanations. Personally, I think misuse of alcohol and drugs has a large role in younger people’s life and we need to think about that too.” 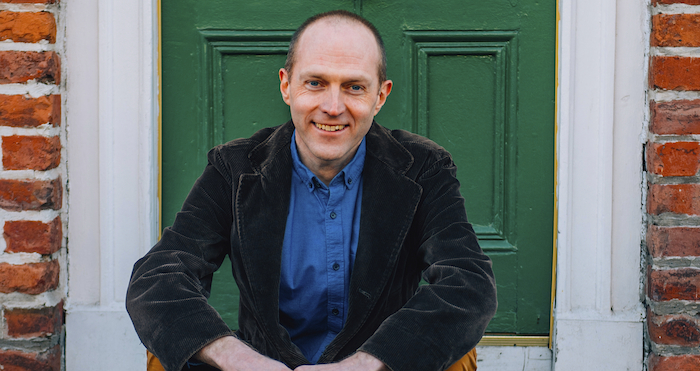 Big pharma is a favourite villain of the ‘chatterverse’; does Kelly see any tendency to over-prescribe drugs among doctors here? “There is a perception out there that big pharmaceutical companies are ‘The Enemy’ and that they control clinical practice,” he agrees. “In fact Ireland’s rate of anti-depressant prescribing is below the EU average and our rate of prescribing sedatives is less than half the rate of Northern Ireland.

"In terms of medication we are a low medication society. It contrasts sharply with our use of other chemicals like alcohol for example. We all use chemicals to affect our brains in different ways but as regards prescribed medication we are a low medication country. We do need to have more alternatives available like psychological therapies, etc. We have made progress; everybody with a medical card is now entitled to free counselling under the Counselling In Primary Care scheme. That is a very good step forward but the scheme needs to be extended to people who are working but still cannot afford counselling.” 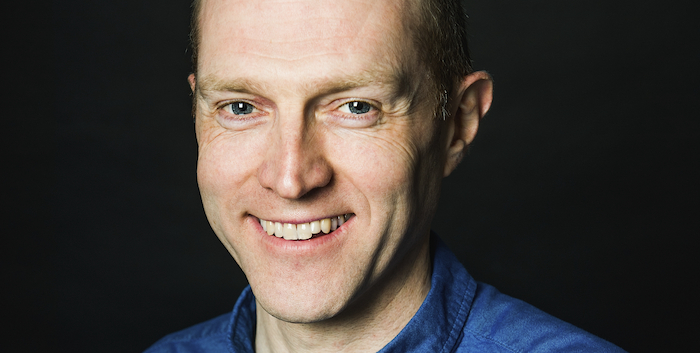 Finally, as someone who has written extensively on the history and practices of mental health care in Ireland are there changes Kelly would like to see being applied to today’s systems? “Ireland is so interesting in this regard. In the 1950s we had more people in mental hospitals per head of population than any other country in the world. What we had was an epidemic of mental hospitals, not an epidemic of mental illness. That has changed now and today Ireland’s rate of involuntary care – where someone has been sectioned – is less than half the rate of England.

"So we have a non-custodial psychiatric service now and that is a real contrast to the past, and is maybe a reaction to the past. I would like to see more community mental health services to support the people with enduring mental illnesses who, in the 1950s, would have been in hospital but today are often homeless or in prison for minor offences. I would like to see a greater building of community mental health services and social services so that we don’t slowly go back to the era of large mental hospitals – that would be a tragedy.”