THE MYTH of Orpheus and Eurydice has inspired countless artists down the centuries, including Ovid, Cocteau, Stravinsky, Titian, and Rodin. Christoph Willibald Gluck’s opera Orfeo ed Euridice is part of a rich and enduring artistic tradition and its exciting new staging from Irish National Opera, directed by Emma Martin, is a highlight of this year’s GIAF programme.

Ahead of the opera’s Galway premiere, Martin [pictured below] sat down with me to talk about the work and her ideas for the production. Given the show is being staged by INO in association with GIAF, co-produced with Martin’s company United Fall, in partnership with Irish Baroque Orchestra, I started by asking who, from among all those collaborators, initiated the project.

“It started with the brilliant mind of INO’s artistic director, Fergus Sheil,” Emma replies cheerfully. “He emailed me one day to meet for a chat and there he suggested I should direct Orfeo ed Euridice. My first reaction was ‘Oh my God, no! Maybe in 10 years’ time!’ But the more I looked into it, the more I saw it is such a beautiful opera and there is so much dance in it and so little fluff. It’s very simple and bare, so after a while I just had to say ‘Yes’ and I’m absolutely loving working on it now.” 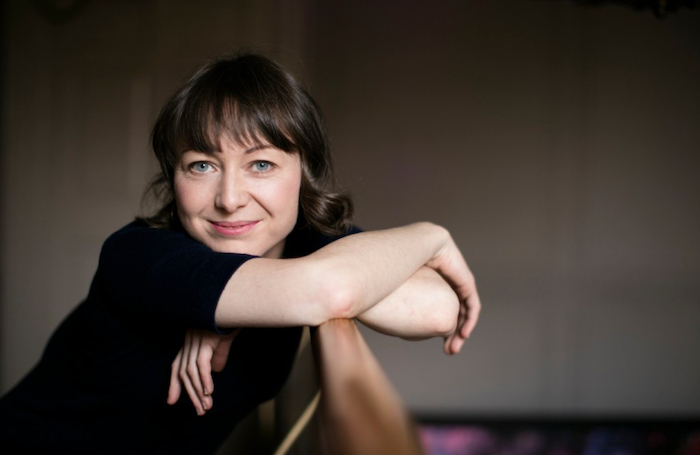 Martin’s initial reluctance may have stemmed from not having directed an opera before. One of Ireland’s leading choreographers, her credits include shows for GIAF (Arlington, Luck Just Kissed You Hello ), The Gate Theatre (Romeo and Juliet ), Dublin Theatre Festival (Girl Song ) and The Globe (Taming of the Shrew ). “I danced in opera years ago, but I have never had any creative involvement in an opera, so this is the first but it feels really organic,” she tells me. “I treat it like I would any of my other shows. I’m not an opera buff at all but I am a big fan of baroque music, probably because rhythmically it is so ‘dancey’.”

Gluck’s opera was first staged in 1762, in Vienna, and relates the story of Orpheus, who is granted permission to travel to the underworld to rescue his wife Eurydice on the condition he not look at her until they are back on earth. “After Gluck first wrote it there were other versions with other librettists and he also added to it himself over the years,” Martin points out. “Some versions are almost tipping into the classical era in their instrumentation. We’ve picked away at all that to get back to the original version, it’s what Peter Whelan the conductor wanted to do and I was really glad about that. So it’s very much the Viennese version with a small chamber ensemble and it is very beautiful.

'The set is like another character and generally it has its own phenomenon, its own way of working and being involved in the story'

"Some of the music feels almost like church music at times and that has guided me in working with this piece, it is very much a spiritual journey rather than the story of a physical journey. That is how I have been working with it and I think it will be quite an experiential thing for people to watch.”

The opera is also noted for its famous ‘Dance of the Blessed Spirits’ and ‘Dance of the Furies’; how will Martin approach these? “The type of dance language I am using feels very ritualistic,” she says. “It is all about accompanying Euridice into death and then accompanying Orfeo on his journey to meet her again. The dancers and the chorus are one entity – one group expresses themselves through the body and one through the voice. In terms of dance it is very like a sacred ritual as regards the shapes they are making with their bodies.”

The set for Orfeo ed Euridice is being designed by Sabine Dargent. “The set for me is always like another character and generally it has its own phenomenon, its own way of working and being involved in the story,” Martin explains. “So, without spoiling it, we’ll have a de luxe but simple set. We’re calling it an animal because it can ‘do stuff’. It feels like a container for the story and it moves through different environments, or the environments happen inside of this box.”

Martin concludes our chat by saying she can hardly wait for July and her third stint with GIAF; “Galway is such a brilliant festival and I’ve always had a great time here; they always treat you well and there is a great buzz around the city.”

Orfeo ed Euridice features mezzo soprano Sharon Carty [pictured above] as Orfeo, soprano Sarah Power (Euridice ), and soprano Emma Nash (Amor ). The production will be sung in Italian with English surtitles. It runs at the Town Hall Theatre from Monday July 23 to Sunday 29 at 8pm, and no performances on July 24 or 27. There will be a post-show talk with the company on July 25, moderated by Aidan Thomson from NUIG. For tickets see www.giaf.ie, 091 - 566577, or the festival box office, Galway Tourist Office, Forster Street.