STEEPED IN the culture of his native Middle East, Israeli lutenist Ziv Braha is also a man very much at home with English Renaissance music. He is about to make his Galway debut, playing the Galway Early Music Festival this weekend, but his journey to classical and early music began in a most unexpected way.

While today Ziv is based in Switzerland, where he works as a professional lute teacher, and has, since the 2000s, given concerts across Europe, he was born and reared in central Israel, growing up in Rishon LeZion, the fourth largest city in the state, and one of great importance in Israel’s history.

“Rishon LeZion means the ‘First of Zion’,” Ziv tells me during our Thursday morning interview. “It was one of the first Zionist settlements in Palestine. It’s close to Tel Aviv. That’s where I grew up, before we moved to a neighbouring city. It’s not a big cultural centre. There’s a lot of poor and working class people, as well as middle class, so the thing that’s more interesting to me is not so much the place, but my family.”

Ziv comes from a family steeped in a love of music, and this love, along with the values of his parents have profoundly shaped both the man and the artist. “My parents are very caring, very warm, and love each other very much,” he says. “Dad left school at 13 in order to bring money home to the house, but he loved music and was a good singer, as was his mother. They were always singing lots of tunes, the radio was on all the time. My parents never pushed me to excel at school. It was not seen as that important. It was more important to be a good person and to be happy.” 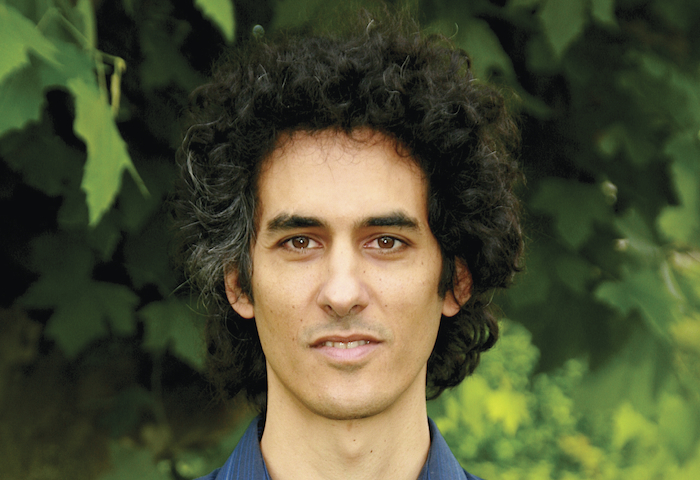 The route which led Ziv to classical music, and his subsequent career as both a professional lutenist and music teacher, began in an unexpected fashion - when a friend introduced him to British heavy metal legend’s Iron Maiden.

“I discovered music by myself at 14/15,” he says. “A neighbour lent me a cassette of Iron Maiden and my interest in the guitar came from there. I was starting to learn the guitar when I met an American Jew, Mark was his name, who was in his twenties or thirties. He had studied jazz and played a lot of avant-garde. The first thing he taught me was the blues. I said I wanted to learn metal, but he said, ‘You have to learn the blues, that’s the basis for everything.’ He taught me 12 and 16 bar blues and improvising with the pentatonic scale.”

'I play a 10 course lute that will be tuned down a step, down a tone. It’s the same kind of tuning Jimi Hendrix used on guitar'

Ziv later formed a rock band with some school friends. “I wasn’t good at writing songs but I was good at improvising,” he recalls. “I enjoyed writing the guitar solos. We had a lot of fun." However it was another musical introduction, from another school friend, which saw him lay down the electric guitar and pick up the lute instead.

“It was a guy who joined my high school, he came from a very cultured home, his parents were both intellectuals,” says Ziv. “He got me listening to Bach and John Dowland and I was really amazed by that. When I was 17 I wanted to change to the lute. I didn’t go further with the electric guitar. From there it just developed and I got swallowed into this world.” 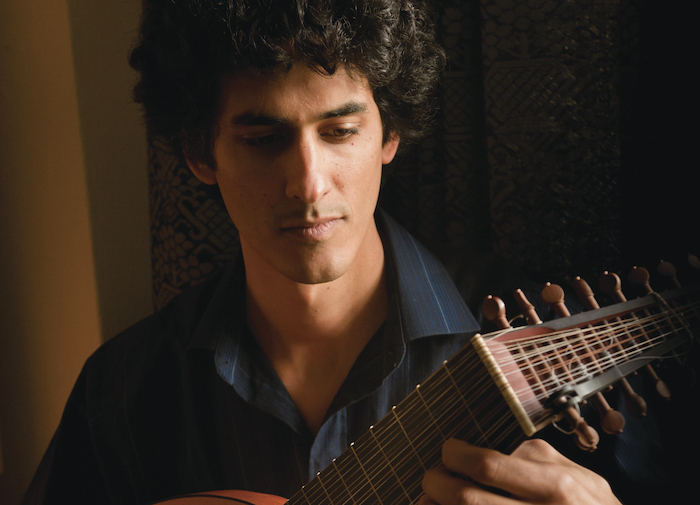 The lute is an ancient instrument, whose origins, like that of its close cousin, the oud, lie in Mesopotamia. I ask Ziv if an attraction for him to the lute was its connections to middle eastern culture?

“My ancestors came from Arabic countries,” he says, “and while Arabic culture was not a culture we lived at home, I feel very close to it, very drawn to it intuitively, I feel very connected to the Arabic music tradition. I was once in Bruges in Belgium, at a music festival, and I was taking a break from rehearsals. We were in a basement, but I heard this music coming from upstairs in the main hall and went to hear it. It was a rehearsal also. It was musicians from Israel and Palestine, from Gaza I think or the West Bank, and they were playing together, singing these Arabic songs, and as I was listening to them I just started crying. I don’t know what came over me. I don’t speak Arabic, so it wasn’t the words. It was the melodies. Maybe it’s some kind of genetic memory? My grandfather was from Egypt. There was a rich cultural tradition there of song in the 1950s and 1960s, it was semi-classical and semi-popular. He listened to a lot of that. My father heard this at home. I just feel it is part of me."

“I have five lutes,” he continues. “The lute comes from the oud. I play a 10 course lute that will be tuned down a step, down a tone. It’s the same kind of tuning Jimi Hendrix used on guitar, as it’s a tone that suits the voice better. It allows the voice to sing more, rather than having to strain to sing operatically over the music.”

'I’ve heard a lot about Galway from Aisling, and how beautiful the landscape is there'

Ziv is passionate about this kind of music. “The English song repertoire is my favourite. I could do it my whole life,” he says. “What we are dealing with here is just a short period of time. The first songs were published at the end of 1597 and the last comes about 20 years later. We’re dealing with a time between the reign of Elizabeth I and James I, which brought about huge changes in society, religion, art, and culture. This was the golden age of England.

“These kind of songs were written to be enjoyed in small, appreciative, circles. It’s not music that’s meant for the big stage. It’s full of nuance and poetry of the highest quality. It’s pure art of true expression, it’s expressing the inner life of a great artist and I really like that.” 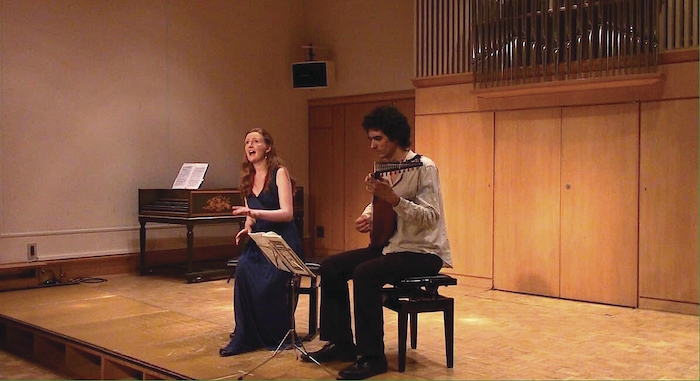 Many of the songs will be dealing with heartbreak and melancholy themes, but Ziv insists that the programme will leave audiences more uplifted than downcast. “Sad songs can be uplifting, and that’s a challenge for the performer,” he says. “People could look at the text and think, ‘This is so sad’, but when combined with the music and the melodies it can lead to a really beautiful transformation of our mood. Songs are a wonderful way to express feelings and deliver intimate emotions. It’s something people have always done, it’s never stopped.”

How did Ziv and Aisling start working together? “We both came to study at the Schola Cantorum in Basel, Switzerland, which is an academy of early music, one of the first in the world,” he says. “I came in 2002, Aisling came three years ago. It was at the invitation of her singing teacher Evelyn Tubb. She proposed me to accompany Aisling at her final recital last June. It just clicked somehow, and then she asked me to join her at her concerts in Dublin.”

The concert will mark Ziv’s debut appearances in both Galway city, and at the Galway Early Music Festival. “This will be my second visit to Ireland,” he says. “I was on the east side last time, so I’m coming west this time. I’ve heard a lot about Galway from Aisling, and how beautiful the landscape is there. I’m looking forward to it.”

Ziv Braha and Aisling Kenny perform In Darkness Let Me Dwell in St Joseph's Parish Church, Presentation Road, on Sunday May 27 at 9pm. Tickets are available via galwayearlymusic.com