'YOU NEVER forget your first time…’ is an old expression, but one which holds true for The Magic Numbers and their relationship with Galway, a city they have performed in numerous times over the past decade, and to which they return in June.

“We love playing the Róisín Dubh," declares band bassist Michele Stodart during our Thursday morning interview. "It’s a great venue and we’ve had really good gigs there. We’ve even joined in the Silent Disco afterwards a few times." The band have just finished the first leg of their current tour and the next leg, including Ireland, is about to start. “We can’t wait, ‘cause, we just love the Irish accent!” Michele adds. “It’s going to be great to come back to Galway. From our previous gigs there, what stands out for me most is actually the first time we came over to Galway, and being there on that stage and the people were all singing our songs back at us.”

On stage, The Magic Numbers - Michele, brother Romeo (guitar/vocals ), Angela Gannon (various instruments, vocals ), and Sean Gannon (drums ) - play with a joy and excitement which often infectiously translates itself to the audience. Michele in particular throws herself into performance, and can rock out the smallest venue as though bestriding the stage of an enormous stadium.

“I do actually!” she says. “It’s the best part of the day getting up on stage. When I put on that bass I’m a different beast. I let the music take charge of me, I become carefree, and it gets me into all sorts of mischief.”

Earlier this month the band released their fifth album, Outsiders, their first in almost four years. It came after a period where Michele released two solo albums - Wide Eyed Crossing and Pieces - while Romeo concentrated on production. “It was good we all did different things,” Michele says. “When Romeo started writing songs for the band, it was good to come back, and as soon as we felt we had the right bunch of songs, we jammed on them, and realised we all missed each other.”

Outsiders finds the Numbers at their most inspired, invigorated, and ambitious in years, with ‘Shotgun Wedding’ bursting out of the traps with intent. A similar energy underpins the Marc Bolan-esque ‘The Keeper’ (“a T.Rex influence is definitely there with the gnarly, groovy, guitars,” says Michele ), and there is grandeur in the epic, ambitious, ‘Runaways’.

Yet Outsiders also displays a long overlooked side to the band, one of melancholy, vulnerability, and raw emotion. Indeed tracks like the late night ballad, ‘Lost Children’ (“I’m one of love’s lost children, waiting to be found” ) and the closing number, ‘Rebel Song’ (“With my back against the wall I hear the darkness call, I thought you had the answers, baby, I though you had the answers to it all” ), leave the deepest impression. ‘Rebel Song’ certainly stopped two audience members in their tracks during a recent English gig. 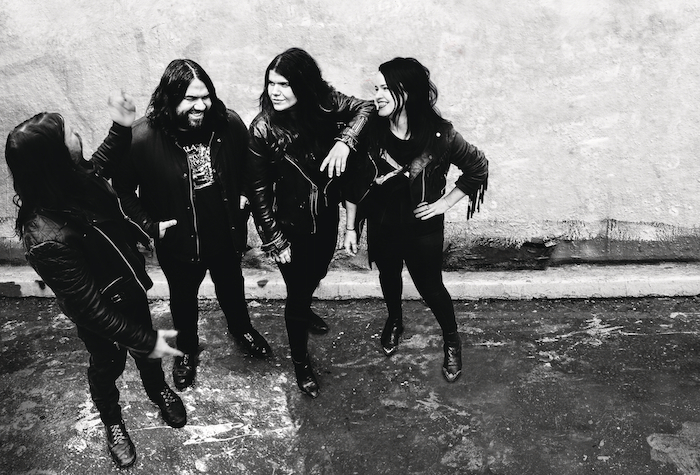 “The lines, ‘Sing me a rebel song, a song that’s going to save my life tonight’, is one of my favourite on the record, and every night we play it, it takes on a whole different meaning,” Michele says. “We were playing a gig in Bedford, and it kicked off with a big fight between these two guys. We just started singing this song, and it led to this beautiful moment, they stopped fighting, and the song led to bringing them together. For me, that it’s called ‘’Rebel Song’, and that it’s soft and delicate, makes it all the more powerful. It’s about music and life, conviction, and believing in something, and the power of song itself.”

'People should embrace the outsider, we should learn from others and other nationalities and cultures, instead of segregating ourselves off and turning people away'

There is an unintended pattern, an unconscious subliminal message to Magic Numbers album titles - The Runaway (2010 ), Alias (2014 ), and now, Outsiders, conjuring up images of everything from a fugitive, to a wanderer, to ‘a people apart’, a whole domain of outsiderdom. “It’s true,” says Michele. “It’s not intentional, but the more I think about it, the more I think of it all like that.” This is because, being an outsider, not ever quite fitting in, is the story of the Stodarts, both as musicians, and as individuals.

Romeo and Michele were born in Trinidad to a Scottish father and Portuguese mother. That tropical existence ended after an attempted coup to overthrow the island’s government saw the family flee to New York. They lived there for a number of years before moving to London in the mid-1990s. It has left a deep mark on the siblings.

“It had a lot to do with us as people, and how we have turned out, I guess,” says Michele. “We moved around a lot as kids so we didn’t have the chance to form serious friendships and relationships, and on the occasions we did, we had to say ‘Goodbye’. Music and family became the consistency in our lives, and we’ve held onto that, and knew that would always be there for us. It became our strength and shaped us as people. It gave us a sense of doing our own thing, and being against everything that was happening.”

“Moving from Trinidad to New York to London, it was pretty crazy, and that changed us,” Michele continues. “I’d be at school and feeling like I didn’t fit in or want to hang out with my classmates. I’d prefer to find a quiet corner, sit there at break time and take myself away from the situation."

“Musically it’s also had an effect. At the time of the first record we were the only band with two sets of siblings. We also stood out from the indie kids, and The Libertines, all that set, not intentionally, it was just the way we did it. We grew up on The Beach Boys and Burt Bacharach, we love melodies and harmonies, and when we brought out the first album, people saw us a certain way as a happy band, but at the time we were going through personally difficult situations and the lyrics were personal and emotionally raw, and reflected that, but the music was happy and hopeful.

“People saw one side but we’ve always wanted to show different sides to the band. Being in a band is linked of like a relationship, you want people to accept you for all your different sides. In some ways it became our strength that we did our own thing within the records and decided more and more, just ‘F**k everyone else’, and so it became more and more ourselves.” 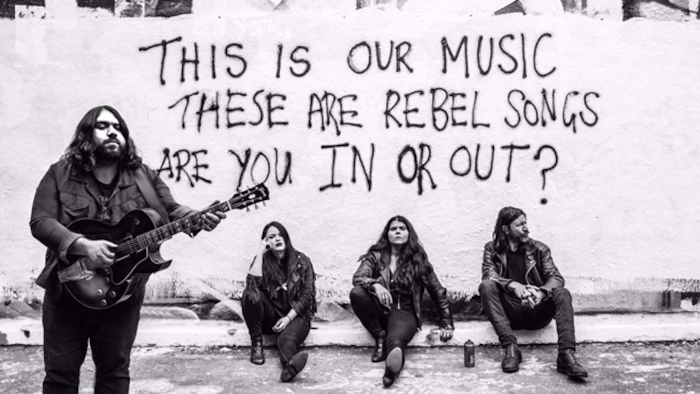 These are experiences which have also made Michele somewhat sceptical of the Brexit endeavour. “To be honest, I think the whole thing is insane,” she declares. “We’ve called the record Outsiders, it’s not really anything to do with Brexit, it’s not a political statement, but the more I think about it, I think we have become that in ourselves. People should embrace the outsider, we should learn from others and other nationalities and cultures, instead of segregating ourselves off and turning people away, it’s ridiculous.”

Away from Brexit, and to conclude, The Magic Numbers supported Neil Young back in 2014. What was that like? “That was amazing,” Michele enthuses. “The best tour ever! We opened up for Neil Young and Crazy Horse every night, which itself was crazy. Every night he played a different set and different guitar solos. One night he opened with ‘Down By The River’ and played it for 20 minutes - his opening song! His stage manager was timing the songs! We’re huge fans and you can hear that on our records.”

The Magic Numbers play the Róísín Dubh on Saturday June 9 at 8pm. Tickets are available from www.roisindubh.net; the Ticket Desk at OMG Zhivago, Shop Street; and The Róisín Dubh.