ONE OF the major events in this year’s Galway International Arts Festival is the world premiere of the stage adaptation of Paul Muldoon’s great poem Incantata, which Muldoon wrote in memory of his close friend and one-time lover, artist Mary Farl Powers, who died from cancer in 1992 aged just 44.

The poem was published in his 1994 collection, The Annals of Chile, while this Galway staging is a co-production by GIAF, Jen Coppinger, and Poetry Ireland. Ahead of its premiere, Muldoon spoke with me about the poem, Mary Farl Powers, and his hopes for this exciting adaptation.

Originally from Minnesota, Farl Powers first came to Ireland in 1951 with her family and settled here permanently in 1975. In her lifetime she was highly esteemed as an artist, particularly her printmaking, and for her visionary directorship of the Graphic Studio. I began by asking Muldoon what Farl Powers was like as a person.

“Well, her name was Powers and she was a powerful person,” he replies. “That came across in many ways; she was physically very powerful. Being an etcher demanded a lot of physical strength and being able to put up with the dangerous business of dealing with the fumes from the acid that printmakers use in their etchings, particularly on steel or copper plate. Intellectually she was very robust, very smart; she was a force in whatever area she got involved in, whether that be theatre, art, or the political realm of the Graphic Studio in Dublin, of which she was director and where there were constant political shenanigans.” 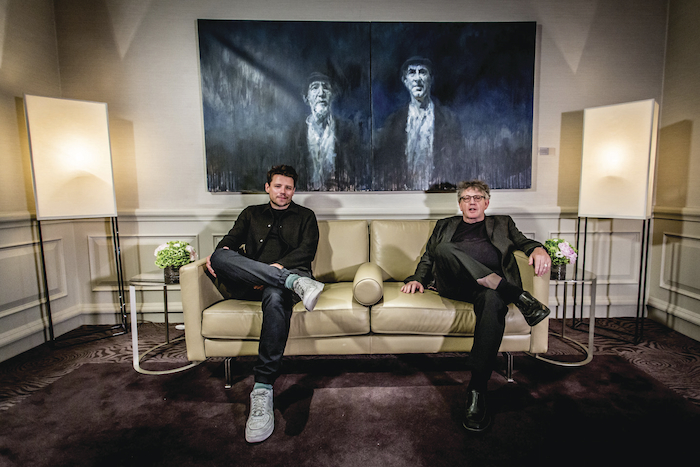 Muldoon has previously written libretti and recently adapted James Joyce’s The Dead for an American stage production. I enquire if Incantata is the first of his works to be given a theatrical presentation. “I think it is,” he acknowledges. “I don’t know too much about how it is going to be done but I am fascinated as to how it is going to turn out. It’s something I wrote quite a long time ago now so it has left me and it’s out there in its own realm. Presenting it like this is a form of reading and performing it is also a form of criticism. They’ll be figuring out how to read it and how it wants to be read. In that sense my part in it is really small, non-existent in fact.”

'If anyone wants to read my poems I am very happy and if they want to do something with them that is great, away you go'

The GIAF production is directed by Sam Yates and performed by Stanley Townsend and their staging moves the poem beyond its biographical roots in the story of Muldoon and Powers. Muldoon approves of this approach.

“All of this is quasi-fictional, the people in the poem are a version of Mary Powers and of me, and they are only just that,” he points out. “For example there is a line in it where she calls me ‘Polyester’ but I’m not even sure if she ever actually said that. These are all constructs, even to write autobiographical poems one is involved in some sort of fictionalisation; not because one is making it up but because that is just part of the deal. If you were to talk about what you did today, what would you begin to talk about? The choices you make in terms of structuring your material, it’s not that it’s not true but to take a particular line through history is in itself an act of the imagination. So for me I’m delighted it’s being performed, my view is if anyone wants to read my poems I am very happy and if they want to do something with them that is great, away you go, that is lovely.”

The poem traces a journey through grief and loss, love and memory. Though it rejects religious notions of an afterlife, in its latter stages it takes on an incantatory rhythm which, in itself, echoes religious ritual. “It’s kind of chicken and eggish,” Muldoon observes. “One of the reasons so many formal religious practices draw on that device is that it’s intrinsic to us that kind of repetition, be it the ‘omm’ in the Buddhist tradition or the litany in the Judaeo-Christian tradition. That’s how we are; we voice these things and they lull us and they help us to deal with grief. They allow us a form of ecstasy."

Allen Ginsberg made use of the device in his famous poem Kaddish, which was also a poem of commemoration. Did Muldoon have it in mind as a literary precursor in writing Incantata? “Of course I know Kaddish but I don’t think I read anything at all before writing Incantata,” he says. “It was written in a sort of mad dash really. There is one literary template there and that would be various poems by WB Yeats and that particular stanza that he uses is one I tried to replicate there. It has a capacity for sounding grand, it’s as if you’re almost ‘amping up’ the rhetoric; it’s a rhetorical blast.” 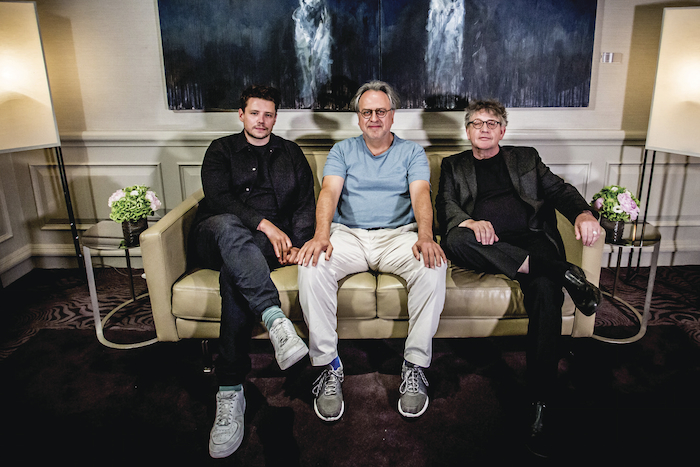 Incantata features recurrent references to Samuel Beckett, I wind up our chat by asking if there was any special reason for this? “I don’t know if there is,” Muldoon answers. “I was reading the poem the other day and I hadn’t recalled there being so much Beckett in it but he is very to the fore there. I do like Beckett a great deal and I recall that Mary did as well. The thing about Beckett is that he is really good at presenting what’s perceived by many people as a bleak scenario but one that often is crazily funny, and I like poetry that includes humour as well as everything else. A lot of people think humour is not very appropriate in these things but it’s part of the Irish tradition, and others, having a laugh sometimes at the expense of the deceased, it’s part of the grieving process so that’s probably why Beckett is there, he insinuated himself, I don’t think I set out planning to put him in there.”

Tickets for Incantata are €20- €25. Precise detail of performance times (including its two preview shows on July 16 and 17 ) can be found at www.giaf.ie There will be a post-show talk about the production after the evening performance on July 19, moderated by NUIG’s Patrick Lonergan.