BLACK 47, Lance Daly’s Famine-set thriller, will close this year’s Galway Film Fleadh on Sunday July 15. The western-tinged revenge drama is part of the festival’s ‘Galway on Film’ strand, a rich selection of films that features Galway and Galwegians.

Black 47 is set in 1847 at the height of the Famine. Feeney, a hardened Connaught Ranger who has been fighting abroad, deserts the British army to return to Connemara and his family. He has seen his share of horrors as a soldier but nothing prepares him for the Famine’s destruction of his homeland. He finds his mother has starved to death and his brother has been hanged. Feeney embarks on a destructive quest to avenge his family, systematically working his way up the political and social hierarchy of 19th century Ireland.

The film had its premiere at the prestigious Berlin Film Festival in February. “We got a big, warm response in Berlin,” Daly tells me. “The festival has an international audience but, to be honest, I made Black 47 first and foremost for an Irish audience and the response from the Irish audience is the most important one. The Famine is an important chapter in our history that nobody had previously tackled in cinema and I felt should be treated in a way that invites everyone into it."

One of the main challenges facing Daly was in creating a look for the film. “There is an absence of visual references; there are very few paintings from the time and you are relying on images from things like London Illustrated News,” he explains. “There are good written eyewitness accounts and we had some of the leading Famine historians to advise us on aspects of the story. A lot of the anecdotes in the film were historically recorded.

"It was in terms of the visuals where we had to dream up some solutions because there is not really anything you can look at. If you think about Connemara, that landscape of the Famine just does not exist anymore; the smallholdings, the subdivision of land on a massive scale, the population density – it was one of the most heavily populated rural regions of Europe at that time. The places that today look like a frontier or wilderness back then would have had people everywhere and everything would have been planted with potatoes. It’s hard to imagine because there are not many pictures that show that, so they are the kind of things we had to recreate. That was a challenge in terms of reaching back to that time.” 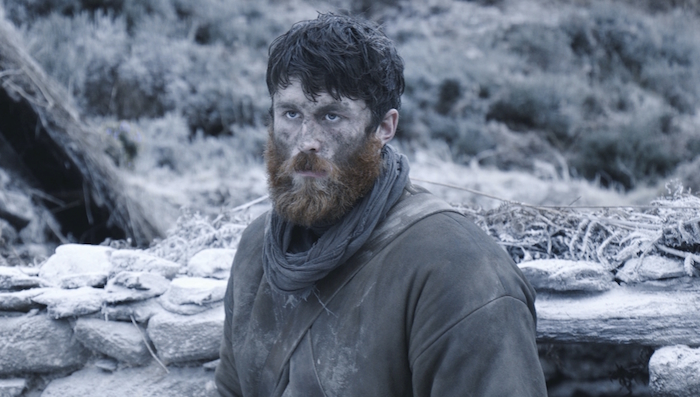 James Frecheville [pictured] takes the central role of Feeney, while Hugo Weaving plays his adversary Hannah, another army veteran tasked with hunting him down. Daly describes the characters and what his two leads bring to the roles; “The film is about ex-soldiers and we talked a lot about what it would have been like back then to join the army – in those days it would have meant enlisting for 21 years. We talked about how it might have affected them and what sort of trauma they might have been carrying.

"Although one is pursuing the other they have more in common than divides them because they have that shared army background. Both James and Hugo brought a really intelligent, careful process to those characters. They are both phenomenal actors and very diligent; they had really thought a lot about what everything meant. They put in so much preparation; James came to Ireland a lot longer before the film than most actors would, and learned how to ride a horse and learned some Irish, and grew that beard – which took quite a while! So they brought that commitment and seriousness about their craft and the material, and all that shines through.” 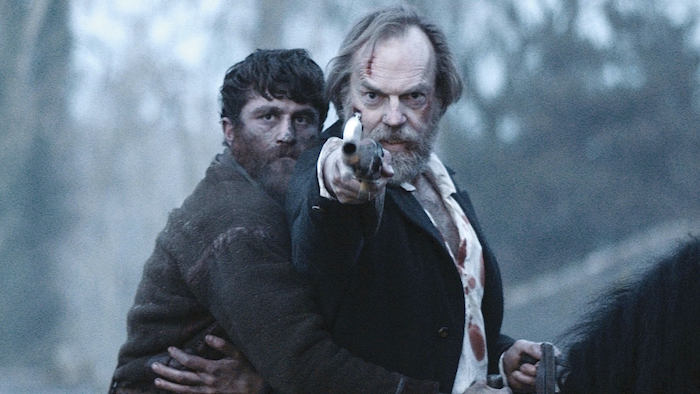 Also appearing in Black 47 are Stephen Rea and Jim Broadbent and rising Irish stars Barry Keoghan and Sarah Greene. Daly offers his concluding thoughts on the film ahead of its Fleadh screening.

“It’s been called a western because of its iconography, the brimmed hats and horses and guns," he says. "What I was trying to do was to combine an authentic sense of 1847 and the Famine story with action and scale and a sense of it being a proper movie as opposed to just a film discussing the Famine. Anyone who has seen it has come out saying ‘Wow I am surprised how much I enjoyed that, I was afraid it was going to be really miserable and just about suffering’ but they come out realising that they’ve been at a gripping movie and were rooting for the characters. If I had a message to put out there, it is that viewers shouldn’t be put off just because it is about the Famine and worry it is going to be heavy, it’s a proper night at the movies not just a thesis on the history.”