THE IRISH Famine, the greatest humanitarian disaster in Europe in the 19th century, leaving one million people dead, with another million fleeing the country, is examined in a new exhibition.

Dark Shadows, featuring 20 pieces of sculpture - some standing more than six feet high - by Galway artist Kieran Tuohy, is currently running in the Irish Workhouse Centre in Portumna. "This exhibition has taken quite a number of years to complete and is completely self funded," said the artist. "The pieces transport one’s mind to a scene of damp, stench ridden, and wailing sounds of utter, devastating, cruelty as I try to express the enormity of the Famine and its devastating consequences on our ancestors." 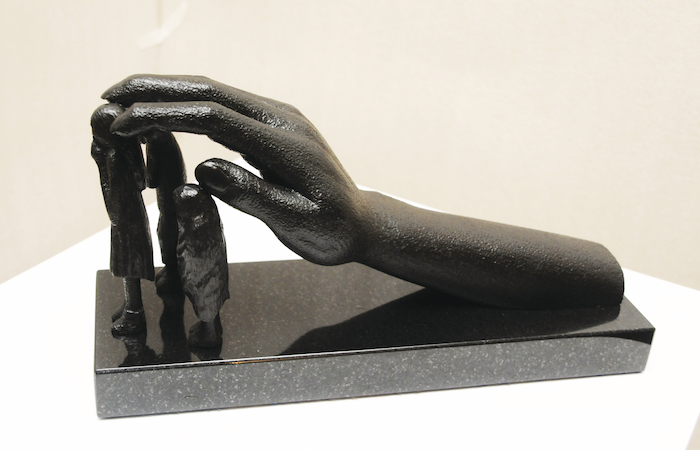 While most of the piece detail the effects of the Great Famine on individuals and families, the piece 'Choctaw Trail of Tears' invokes the efforts of the Choctaw to raise money for the starving Irish, while also highlighting their plight as they were evicted from their lands and forced to trek for miles.

The exhibition is open Mondays to Saturdays and runs until May 9. Admission is free. See www.kierantuohy.com