WHEN THE late photographer Bill Doyle first visited the Aran Islands in 1964 and began to photograph the local people, he was capturing a way of life that has since vanished.

In 2009, a year before he passed away, Doyle presented the Galway City Museum with these photographs. They are now on display in an exhibition entitled The Aran Islands – Another World which runs until the end of March. Doyle proclaimed himself a curious man, once saying “if there is a corner, I want to know what’s around it”. He rarely staged his photographs, describing himself as a “one-shot photographer”, believing the right photograph required a mixture of luck and chance, of being in the right place at the right time. 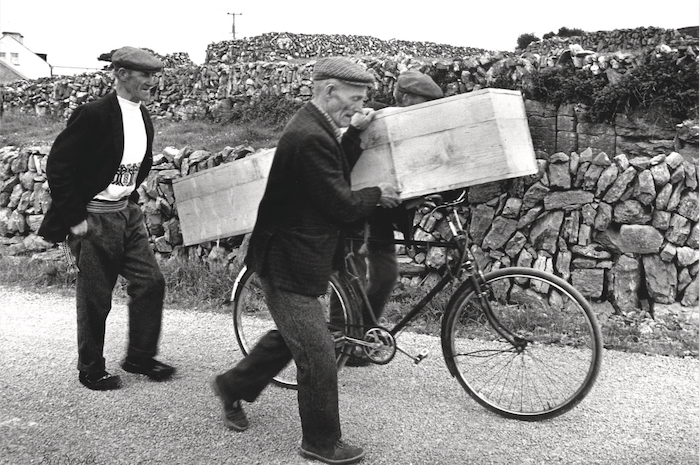 The exhibition to follow this will be Tom Kenny’s Old Salthill. Admission to Galway City Museum is free. Opening times are Tuesdays to Saturdays, 10am to 5pm. For more information contact 091 - 532460 or see www.galwaycitymuseum.ie