EROTICA AND sexuality are the provocative and alluring themes of a bold new exhibition opening this Saturday, in both the Town Hall Theatre bar and the Black Gate Cultural Centre on St Francis Street. 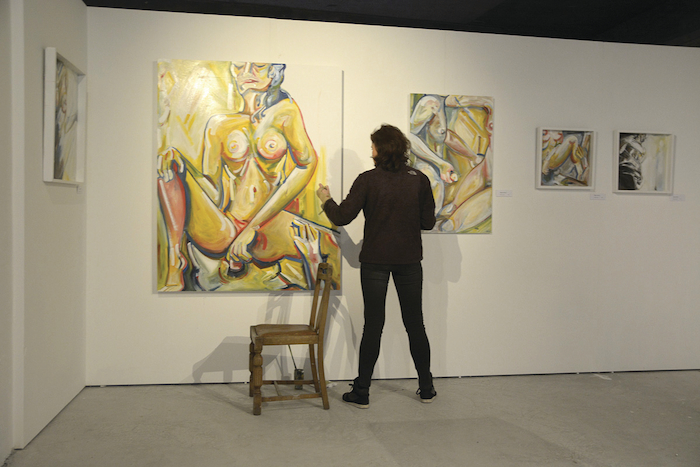 Over the past few years, Nolan has been exploring the theme of sex, both in her own work, and curated group shows. I begin by asking whether SIN marks the culmination of this voyage of artistic discovery or might there be more work to come in this erotic vein? “There probably will be more...a lot more, because you’re always exploring these things,” she replies with an endearingly dirty laugh. “It’s me allowing myself to explore these things because most of my past work had been stuff anyone could look at, like street scenes, but now I’m allowing myself to express my inner self which is quite a nice thing to do.”

While the heavy hand of the Catholic Church long suppressed any open discussion or expression of matters sexual in Ireland, this is changing and SIN can be seen as part of our increasing openness in this regard. “At the opening of Desire last year we read out some of James Joyce’s love letters to Nora, which are really raunchy,” Nolan recalls. “They were always hidden, very few people had read them, so sex has always been a taboo subject, something people don’t really talk about, and was always behind closed doors. I do think we are becoming more open to it; anyone I asked to be involved in the show or to come and see it were all really excited about participating or viewing. I think we are definitely becoming more mature and open minded about sex.” 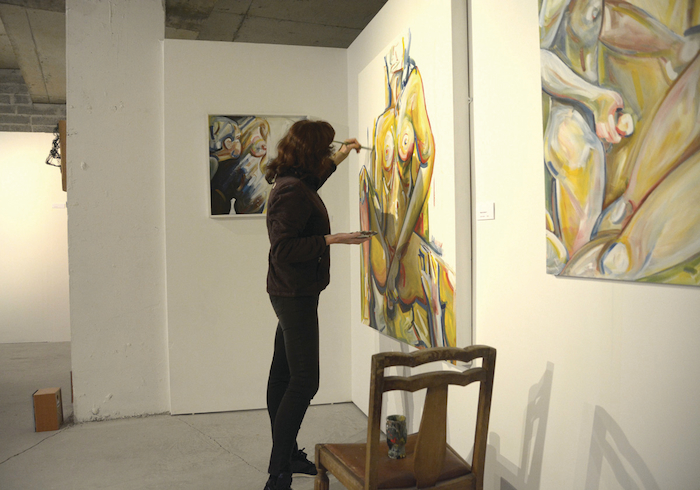 Historically, much erotic art has catered to the male gaze and another measure of SIN’s modernity is the way in which several of the works on show affirms female desire and presents the male figure as the focus of attention. “I started working on how we look at art and it is mostly females who are portrayed in a sexual way,” Nolan notes. “I did a show last year with Tony Carragher which only featured male nudes and that switches your head around. You sometimes think maybe people don’t want to see male nudes, they’d prefer to look at a nice curvy woman, so it is good to explore those assumptions. I find it much more interesting to do the male figure.”

Among the exhibiting artists are Hughie Friel, drummer of key Irish new wave outfit The Atrix, who presents a sculpture of a couple having sex. Galway artist Dean Kelly contributes a witty facsimile of a school copybook, on the pages of which rude doodles jostle for attention with the theorems of Pythagoras. Nolan describes some of the other artists and works.

“Sabina Ñiguez is from Spain; her usual work features street scenes, landscapes, and musicians. For her to allow herself to draw this way is big for her. She has a painting called 'Onanismo' which shows a woman pleasuring herself. Piotr Bieniasz has photographs inspired by the story of Salome and the Seven Veils. Stephen Roche has a beautiful piece; a collage made up of images he has taken from porno magazines but assembled in a way that is really beautiful - which might seem an odd thing to say but it is. I have five pieces in the show, two of which are new. They are mostly paintings and two pieces that combine painting and wire sculpture.”

The official launch of SIN is at 4pm this Saturday in the Town Hall Theatre gallery where yours truly has the honour of giving the guest speech. At 6pm proceedings shift to the Black Gate Cultural Centre where there will be more art, and poetry readings by Olaf Tyaransen, Gerry Hanberry, and Dani Gill, plus a short speech by Tom Mathews. SIN runs until February 28.