ONE OF Galway’s most venerable arts groups is celebrated in Kenny’s Gallery from next week, when the venue hosts a large scale exhibition saluting 80 years of Galway Art Club.

The exhibition opens on Friday January 26, and the evening will also see the launch of Alison Titley’s The Early Years of Galway Art Club, a fascinating and copiously illustrated history of the collective’s initial decades.

Galway Art Club was founded in October, 1937, its founders including Geraldine Dillon, Hubert Broderick, Francis Corbett, and Donagh McDonagh, the well known poet and writer. In the 1940s the group began to exhibit its members' works and among the famous artists associated with the club are Charles Lamb, Aileen Law, and Clare Sheridan.

“It’s going to be a very good exhibition,” Tom Kenny [photogarphed below] tells me as he looks forward to next week’s opening. “Up until the foundation of the Galway Art Club there was no visual art movement of any type in Galway or the west. There were occasional visitors like Paul Henry or Jack Yeats or Sean Keating but there was nobody coming up from the west itself, so when these people started initially it was a brave move because there was no art-loving public there at the time.

"People would have viewed them as being local and amateur and had the attitude that ‘They’re OK, they’re not bad’, but actually a lot of them were really fine artists in their own right and this exhibition will show that. Their level of consistency and persistence in hanging in there goes to show the dedication they have to their craft and converting it into art. 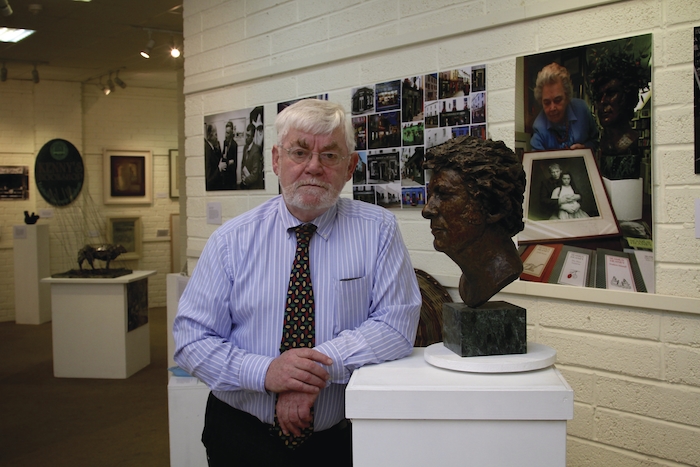 "Galway Art Club is still very active; we see them every July exhibiting in St Patrick’s School but behind the scenes there are also lots of demonstrations or members getting together to paint still-lifes or going on field trips, and so on. When we do demonstrations here in the gallery it is packed out by people from Galway Art Club so there is a hunger there, a willingness to learn and be adventurous. The art club gives an introduction for a lot of people who are at a certain level and you can see them improve as they spend more time in the club. They get more adventurous and exciting. The club has fulfilled an important role down the years in Galway.”

Alison Titley, who researched and compiled the admirable new history of the group, was born and raised in Tuam though she has been living in Kent since 1972. “The book had its beginnings a few years ago when I was researching the life of my father, Jarlath O’Connell, a solicitor in Tuam,” she reveals. “He was also an amateur artist and founder member of the Tuam Art Club in the 1940s. During my research I found nine members of the Galway Art Club had exhibited in Tuam in 1944, so when I had finished my researches into Tuam I began researching Galway Art Club. I had no intention of writing a book when I began, I thought I might write an article, but as I found out more about the club and its members, the project expanded and became too big to be just an article, so I wrote the book.” 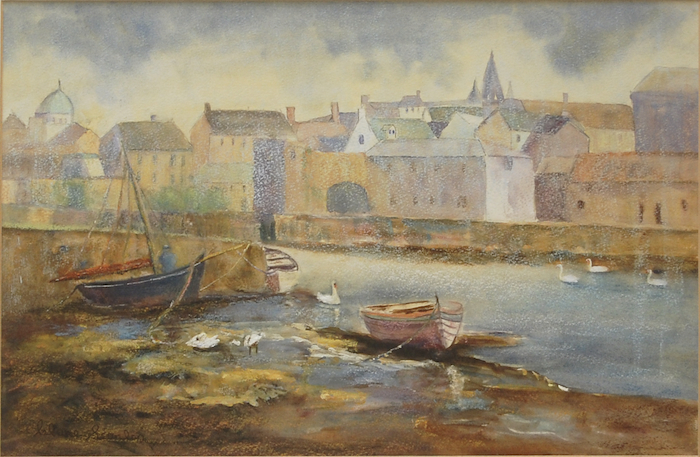 In Titley’s history one reads with wry amusement, or perhaps a sad shake of the head, the repeated calls from the 1930s onwards for Galway to get a proper municipal gallery, a facility the city still lacks today. “The first reference to a municipal gallery for Galway was at a meeting held by the Galway Archaeological & Historical Society around 1912,” Titley points out, further underlining just how long the city has been waiting in vain for one.

“Many of the works reproduced in Alison’s book are in the exhibition,” Tom Kenny points out. “We have some beautiful pieces by Clare Sheridan, a top drawer artist and, interestingly, we have two sculptures - one by John Mulhern and another by Albert O’Toole - and both are obviously influenced by her. Most of the work previously produced by club members had been painting whereas she mostly did sculpture and you can see her influence on the group.”

Titley’s book has an amusing anecdote about Sheridan in Galway: “When she came to Ireland she brought ‘with her a quantity of bronzes and a great Sussex oak', which she used to carve a Madonna and Child, which she hoped might be the central piece of a Lady Chapel in the new Cathedral, but not so. The statue was then offered to a convent guest house, but was declined because ‘the Holy Child wore no trousers and some people might be shocked!’”

A landmark artistic event for Galway took place in 1942 when the Great Southern Hotel hosted an exhibition featuring work by leading contemporary Irish artists Nano Reid, Mainie Jellett, Evie Hone, and Nora McGuinness. The following year Galway Art Club held its first group show and it seems likely its members exposure to the exciting work shown in the Great Southern was a stimulus. “The 1942 show in Galway was organized by Joan O’Mara and it was probably the first time a show of that sort had been held west of the Shannon,” Titley notes. “That exhibition did provide Galway artists with a view of Irish modern art which was still trying to find recognition in Ireland.” 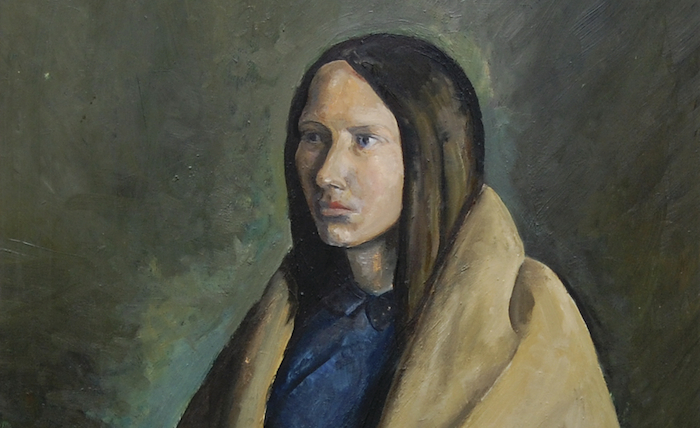 “They were definitely influenced by seeing the work of those leading Irish artists,” Tom Kenny agrees. "In those early years Galway Art Club often had to show their work in less than ideal conditions. When they exhibited in temporary spaces like the Chamber of Commerce it wasn’t ideal. Similarly when we started putting on shows, our space wasn’t ideal either. The club was trying to generate ideas and that’s where my father got the idea we should open a gallery ourselves, but it was Galway Art Club who started all that long before there was a Kenny’s Gallery. But we are both still at it!”

Tom offers some concluding remarks on the exhibition, a show which certainly makes a fitting tribute to the long history and many achievements of Galway Art Club and its membership: “As they are amateurs you would expect their exhibitions to be a bit uneven but I don’t have any problem with that because they are encouraging people to paint or to begin painting, to look at the world around them and recognise how good their own environment is.

"There are paintings in the show of the Burren, still lifes, portraits, abstract works, Celtic-style images. It’s a very interesting mix and I am delighted to have it here. I would have known a lot of these artists from our early days - people like John Mulhern, and Hubert Broderick [a detail from Borderick's Portrait of a Girl is above]. We sold their pictures in the 1950s and 1960s. The quality of the work coming in here to the gallery day by day for the show is really impressing me.”