IT HAS been a particularly happy festive period for everyone connected with Galway’s Blue Teapot Theatre Company and its award-winning film Sanctuary, which has been getting rave reviews in Britain.

Scripted by Galway writer Christian O’Reilly, from his own 2012 play, and directed by Len Collin, Sanctuary premiered at the 2016 Galway Film Fleadh where it won the award for Best First Irish Feature. Collin’s terrific big-screen adaptation features the play’s original Blue Teapot cast and was shot on location around Galway, with the city looking great in both the panoramic aerial shots and the scenes wending through the Christmas-lit lights of the centre.

Funny, moving, and insightful, Sanctuary explores the tricky issue of sexual and romantic relationships between people who are intellectually disabled. Larry (Kieran Coppinger ), who has Down Syndrome, and Sophie (Charlene Kelly ), who has severe epilepsy, long to be together but society’s rules keep them apart. During a group outing to the cinema their care worker, Tom (Robert Doherty ), sneaks them out to a nearby hotel and books them a room. It is their first time to share real private moments and they both try to steer their way through the emotional minefield of desire, uncertainty, awkwardness, and intimacy in a ‘close encounter’ that is utterly compelling.

Meanwhile, back at the cinema, some of Tom’s other charges avail of his absence by absconding on hilarious adventures of their own. Double-act William (Frank Butcher ) and Andrew (Patrick Becker ) go looking for Tom but end up ensconced in An Tobar sinking pints. Alice (Valerie Egan ) and Matthew (Paul Connolly ) lose themselves in the alluring wonderland of Galway Shopping Centre. Peter (Michael Hayes ) and Sandy (Emer ) debate the etiquette of flirting while watching the movie, and the final member of the group, Rita (Jennifer Cox ), sets off to visit the Christmas Market in Eyre Square.

O’Reilly’s script is both laugh-out loud funny and hugely heart-warming. It can also be heart-breaking as the film does not shy away from having Sophie and Larry’s tender romance bump up hard against the harsh reality of, what is for them, a non-permissive society.

Over the past month mainstream British critics have finally got to see Sanctuary and they have been unanimous in lavishing the film with high praise. The Guardian hailed its "wonderful warmth and directness"; Sight and Sound found it "thoughtful, nuanced and fun"; The Daily Express declared it "sweet, smart, and funny"; while eminent BBC critic, Mark Kermode, enthused it was "honest and heartfelt, performed with vitality and vigour...I was really won over by it...a really, really, impressive piece of work’. 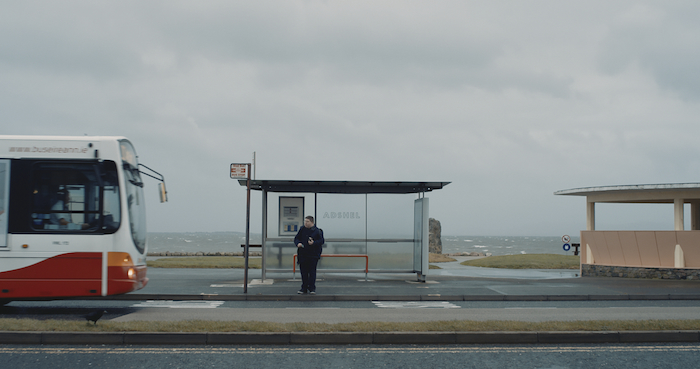 David Wilkinson of Guerilla Films, who has handled Sanctuary’s UK distribution, has said, “Of the 120 films I have distributed, it’s the best reviewed film I have ever released. Before Sanctuary, my best-reviewed film was Lenny Abrahamson’s Adam & Paul, and even that got four bad reviews; Sanctuary has not had one, out of 20 reviews so far.”

However, Wilkinson had to battle hard and doggedly over several months, since first taking on Sanctuary, to even get it seen, so the overwhelmingly positive critical response is a vindication of his faith in the film. “I got the critics to review it even though it was not yet playing in London, by contacting each one direct, something I have never done before,” he reveals. “For 19 years all I have released are British and Irish films, and this is the only time I have not secured a one-week run in London. 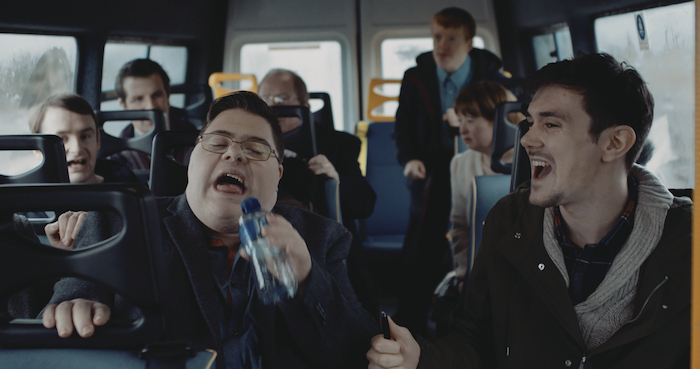 Wilkinson’s revelation points up the sharp irony that Sanctuary, which dramatises the theme of prejudice toward the disabled, itself encountered that same prejudice.

“That is the irony of the whole situation,” agrees screenwriter Christian O’Reilly. “The film dramatises a prejudice and then comes up against that very same prejudice. We had a bit of that in Ireland as well where commercial cinemas were concerned; they seemed to think a mainstream audience would be reluctant to go to a film where the cast was intellectually disabled, and where the subject matter of the story was set in that world. We were initially turned down by the three distributors operating in Ireland. You’re never told why, but reading between the lines, the impression we got, and even more so in the UK, was that there was prejudice. Happily the critics looked beyond that."

"Len Collin, our director, has said that people tend to think, before they’ve seen it, that the film is 'worthy' and 'not very good' and it is difficult to overcome that. But when people do go to see Sanctuary they realise that the film is fun, light, entertaining, moving and it is also very good because the actors are terrific and the production values are high and Len is a terrific director.” 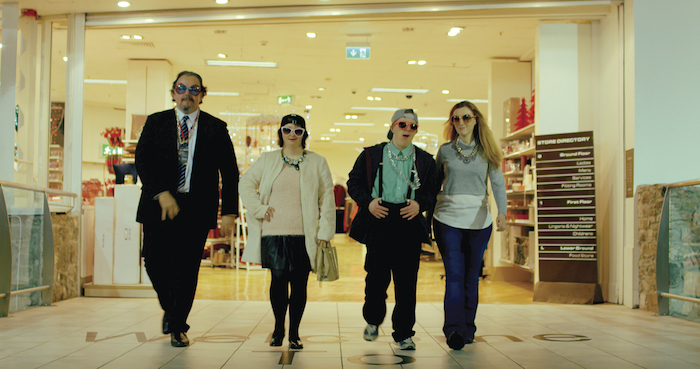 Christian shares his thoughts on Sanctuary’s terrific critical response; “I had low expectations initially of how the film would do in the UK because David and Len had been working doggedly for months to get a UK release, but hardly any cinemas were interested, despite the great reviews and awards it had already received in Ireland. The first support it got was from Jason Wood at Home In Manchester who loved it straight away and thought it would also play well in the city as there is a big Irish population.

"After a while it got other bookings in Newcastle, Stockton-On-Tees, Hereford, Cardiff, Hebden Bridge, Taunton, but not London. That has changed very recently because of the reviews which were amazingly positive. Even the fact that they took any notice of it surprised me as did the fact that they all embraced it so warmly, it’s been incredibly positive. It feels like the film has now had the chance of a life in the UK on the back of these great reviews. What we haven’t yet had, and I am curious about, is the audience reaction on foot of seeing the film because of the reviews. I’m very excited to see that.”

David Wilkinson concludes; “Off the back of the theatrical release and unanimously good reviews for Sanctuary in Ireland and the UK, and its two major Irish awards, we are now in a number of conversations with all the UK TV players. This is a case of how critics make a film; without their support, which first started with the Galway Advertiser, the film may well have disappeared. Now it will be seen globally.”