BRITISH COMEDIAN Stephen K Amos is one of the most popular performers on the circuit and he joins the legion of laughmeisters coming to Galway next week for the Vodafone Comedy Carnival.

On Friday October 27 at 8pm, Stephen will be MCing in the Róisín Dubh alongside Andrew Maxwell, Colin Murphy, Emma Doran, and Paul Currie, while on Sunday 29 at 1pm he will perform his solo show, An Afternoon with Stephen K Amos, at The King’s Head Ruby Room.

Over a Monday afternoon phone call he talked with me about his work and varied experiences and, as the news had just broken of the death of Sean Hughes, I began by asking his thoughts on the gifted Irish comic.

“When someone is taken away too soon it strikes a chord and even more so when that person is a member of your own community,” Amos replies. “I remember watching Sean’s Show and his amazing success and him being a team captain on Never Mind the Buzzcocks. He was a great performer and comic so today is a sad day for all of us.” 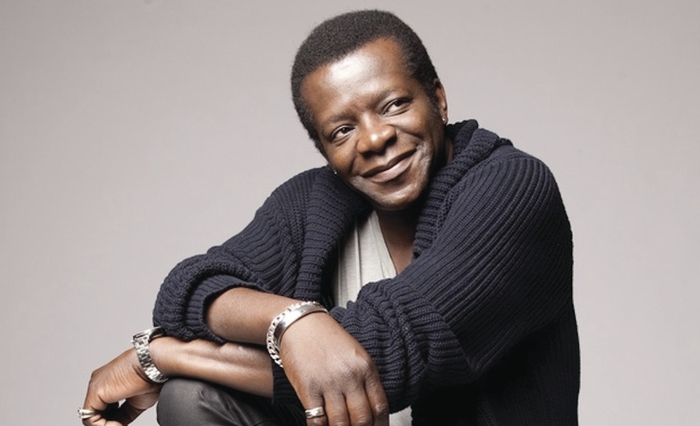 Amos was born in London in 1967 to Nigerian parents and his upbringing reflected both cultures. “It was a rich cultural upbringing,” he recalls. “I was in London with the British way of life and then I had this rich Nigerian history I was also learning about. Back then lots of people had experiences of their parents arriving in London in the 1960s and would have stories about the kind of hostility they were met with even though most of these people were invited to the country. To have your own history you could hold on to and learn from was a bonus.”

Amos’s memoir, I Used to Say My Mother Was Shirley Bassey, vividly recalls his years growing up in a large family (he has seven siblings ). Did he actually pretend his mum was Bassey? “I think everyone used to say something of that sort as a kid,” he opines. “In the days before social media and the internet you could tell a little white lie and people would believe you. Nowadays if you say your cousin is Rihanna people can just Google it and find you out. Back when there was no internet we could get away with a lot of nonsense.”

While he now appears regularly on TV, Amos once used to joke that he was waiting for Lenny Henry to die so that he could get a turn on television. Does he think the industry has since become more open to racial diversity?

“I think things are improving,” he acknowledges. “All one has to do is look at the landscape of comedy at the moment and all the different voices we are now lucky to here. Everyone has a story to tell, everyone has a journey and it is interesting to hear different voices. The thing now we need to strive for is the people behind the scenes like producers, directors and TV executives. Once they are diverse we will see proper change.”

Stephen has played the Edinburgh Festival Fringe every year since 2003. At the 2006 Fringe, he performed the revealing solo show All Of Me, in which he publicly acknowledged his own homosexuality to his audience for the first time. He later wrote and presented the award-winning documentary, Batty Man, about homophobia in the black British community and Jamaica.

“In the 70s and 80s things weren’t as great for the LGBT community as they are now,” he states. “In places like Nigeria and the Caribbean a lot of their law and religion came from the UK in the first place but they were maybe a bit further behind. It was easy to hide what you were but I got to the point where I realised I just had one chance in this life and honesty, I believe, is the best policy. It may be difficult but there is nothing worse than looking over your shoulder and living in fear.”

Does Stephen think his experience growing up gay and black gave him a non-mainstream perspective which fed into his impulse toward doing comedy? “You could be right,” he allows. “I also came from a large family and when you have a lot of siblings you have to fight harder to make your voice heard. Both of my parents were working and we didn’t have childminders so we had to fend for ourselves.

"In my school or street there were only a couple of other black families so already you felt singled out as something unusual. You used whatever skills you had to get through and a lot of comics do have an outsider view on the world and situations which can give them a unique voice. It’s a strange job to do; standing on stage telling a group of strangers that you are going to make them laugh!”

Amos has also successfully taken straight acting roles in theatre and television and he would relish doing more work in this area; “I would love to do more of that,” he enthuses. “My favourite soap opera is Coronation Street which blends great acting talent with comic timing, it would be great to do a stint in that. If they were ever going to seriously consider a black James Bond I would definitely throw my name into the ring for that mainly because I do like a martini - you can stir it and shake it, whatever you want with, it as long as I get to drink it!

"If there was an opening in Hollywood for a black British guy in a remake of Fresh Prince of Bel Air I’d be interested in that also. I never thought I’d be doing straight acting, but when it came to me through the stand-up that is another discipline one has learn. You are taking somebody else’s words, and taking direction, you are onstage with other people, it is a whole different thing. I have seen over the years that comics do make good actors.” 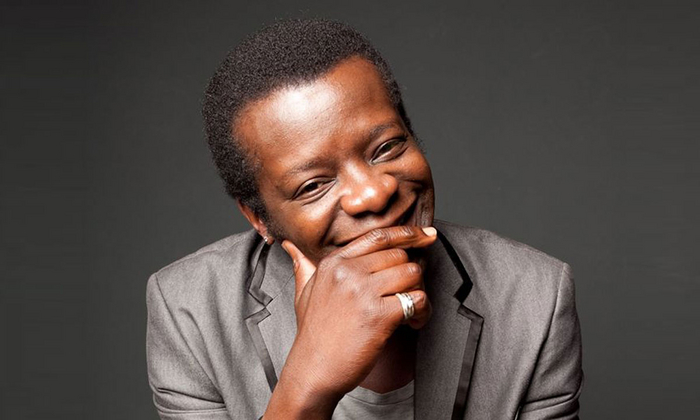 Film director Ken Loach observed that comics often listen well which makes them naturally good actors. “Absolutely!" Amos agrees. "Normally people assume that you just go onstage and talk and you are suddenly this funny man but that’s not so. Comedy is a craft, you have to find what works, perfect your timing, the rhythm of what you are saying, putting a pause in a particular place, listening to how the audience is responding, saying something because you want to get a particular reaction. You are like the orchestra conductor so it is very much about listening and being aware and being in the moment and a comic can use all that intuition in an acting job and make it real and believable.”

Finally, what can audiences expect from his Comedy Carnival show, An Afternoon with Stephen K Amos? “I’m hoping to give the audience a good selection of my thoughts, what makes me laugh,” he declares. “I’ve been to Galway many times and I want to give people a nice insight into who I am and what I am about. I’d say to anyone on the afternoon of that show who has never seen me live, it is a very different experience. You have to come!”