SEAN MCGINLEY, a stalwart of Druid’s early days, makes a welcome return to the company for the first time in eleven years, when he takes the lead role in Eugene McCabe’s powerful drama, King Of The Castle.

First staged in the 1964 Dublin Theatre Festival, which also saw the premiere of Philadelphia, Here I Come!, McCabe’s unflinching play centres on Scober McAdam, owner of a once glorious Big House in Leitrim with an extensive farm. He has a young wife, Tressa, but their marriage is childless and frustrated. When rumours threaten Scober’s pride, he concocts a plan that jeopardises all he has worked for.

These days, Sean McGinley is best known for his sterling work in television and film but, chatting to me at the end of a day’s rehearsal, he says he still feels excited about coming back to work with Druid. “I do get a buzz from it, it’s a great place to work and not least it gets me back to Galway for a while," he tells me. "Galway never leaves you wherever you go in the world. Even though I haven’t worked with Druid for over ten years I have been to see most things they have done and I have stayed in contact with what’s gone on there and the people there. It’s such a lean organisation it can do anything it wants; it can have an idea and execute it and it is just a lovely place to work.”

Moving on to King Of The Castle, I suggest to Sean that the character of Scober, and the world of the play, is like seeing John B Keane’s Bull McCabe transposed to Patrick Kavanagh’s The Great Hunger. “That’s a good analogy,” he agrees. “The play addresses familiar themes in this country; land, decay, wastage, the way people are cowed by the church. McCabe addresses all those through the character of Scober who was born into poverty and badly scarred by it. He decides to drive through it and make the world in his own image. Eugene McCabe doesn’t have a huge body of work across his novels, short stories, and plays but the quality of his writing is really extraordinary; it is up there with any of our best writers. 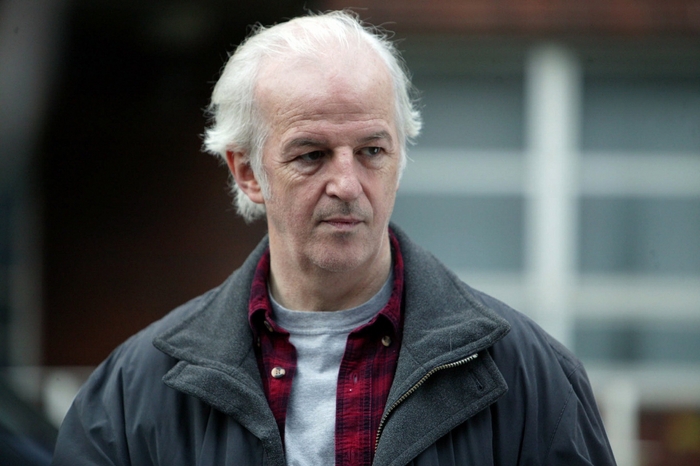 “Scober is completely unsentimental. He and Tressa live in this big house which was once a barracks and he has stripped everything out of it, all the books and culture. The only things that are there are things that have meaning and are truthful in his eyes. He is a farmer, so he has farming papers and treatments and drugs for his animals. He has no time for the books about ‘women in long dresses and drinking wine’ that Tressa refers to; they have no place in his life, it is sentimentality in his eyes. That includes God as well, Scober is saying take responsibility, live in the world, stop listening to these preachers.

"He quotes a priest at one point but also talks about the way the people are and how when hardship comes they leave or they take the martyr’s route and write fantastic songs about how sad everything is. He wants someone to inherit his legacy and his plan to secure that it amazing. It takes imagination to come up with a plan like that, mad and all as it is.”

Scober’s flinty attitude to religion and, even more, his plan to have another man impregnate his wife must have been deeply shocking to the Ireland of that era. “Yes it must have been,” McGinley concurs. “Just the subject matter of the old man living with a woman half his age and the questions that arise from that would have caused talk though it was more common then than now. So you have that relationship and then this plan he comes up with to have a child to inherit his legacy. The plan is amazing but he has the balls to try and execute it but therein lies the tragedy in a way because his view of the world is very hollow really.”

Patrick Kavanagh wrote of ‘the wink and elbow language of delight’ and there is a wink and elbow language also in King Of The Castle but it is all of malice. Chief culprit in this regard is Jemmy Maguire, a small farmer who works for Scober but ceaselessly badmouths him. Oddly, Scober stoically endures his barbs. I ask Sean why he thinks that is.

“The word ‘endure’ is a good one for Scober,” he replies. “He has decided to stay in that place. He talks about how, in the old days, people starved to stay and keep their names on the mountain. His neighbours are always giving out about the world and their losses but they don’t do anything about it. They don’t actively engage with their lot and improve it. Scober despises them really yet there is a lot of self-loathing in there too and I think he projects that on to the community he lives in. I hate to bring Donald Trump into it but Scober has that same sort of narcissism and egotism and the feeling that the only person who can solve the problem is himself.”

Scober’s wife Tressa, played by Seána Kerslake, is the solitary female character in the production. She is surrounded by men, some of whom slyly lust after her, while her husband Scober – armoured against the world - cannot soften to show he loves her. Remarkably, she retains her equilibrium in the midst of these pressures.

“She is a wise woman,” McGinley observes. “She saw something in Scober that he doesn’t see himself. There is a certain nobility there. She sees that he is capable, he can deal with the world he works; she talks about that all the time. She sees the references to her brothers and her own family that she became frustrated with - people who just talk all the time and don’t do things.”

The role of Tressa marks Kerslake’s Druid debut. Also making his first appearance with the company is Ryan Donaldson in the key role of Matt Lynch, the young journeyman thresher Scober singles out in his scheme to get Tressa pregnant. Interestingly, Ryan appeared with McGinley last year in the Abbey’s production of Observe the Sons of Ulster Marching Towards the Somme. “Ryan is great,” Sean enthuses. “I didn’t know him before we did that play last year and he was fantastic in that. He is a really special actor and he is going to be amazing in King Of The Castle too.”