On Thursday September 21, the Salthill Hotel will host a showband equivalent of The Last Waltz when some of the biggest names in the business gather for a tribute concert in honour of trumpeter Johnny Carroll, who this year celebrates his 60th year as a performing artist.

Carroll was born in Castlerea, County Roscommon, in 1943, the eldest of five children. His father, Joe, was a painter at the local hospital and had a love of brass bands, while his mother, Rose, had a musical background and played the fiddle. Still spry at 73, Johnny met with me one morning last week in the Clybaun Hotel to reflect on his long career and began by recounting how he first got into playing music.

"A brass band started in Castlerea in 1955," he says. "At that time in Castlerea there was no social life, so the first night the band started about 150 guys showed up looking for instruments. I went down and was sent home; I went down for seven or eight weeks and was sent home every night because there was no space for me, and when the practising started I had to leave.

"My dad continued to send me down every week and eventually the attendance started falling and more instruments became available. One night the bandleader said ‘Give young Carroll an instrument he’s been up and down all this time’. So they gave me a cornet and that was the start of it. We used to play at football matches and every Christmas and New Year we’d parade in the town. It was great for me because it got me out – there was nothing for me to do otherwise.” 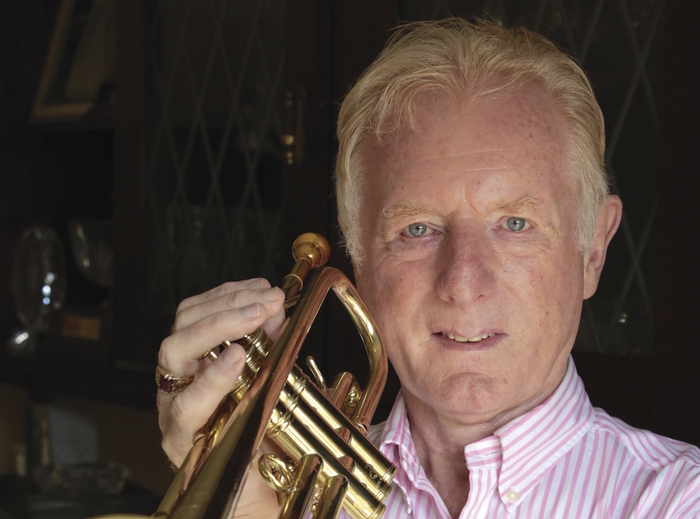 Johnny was a mere stripling of 13 when he started his showband career with The Premier Aces. “The Aces started in Ballintubber and they heard me practising one evening as they were passing the house," says Johnny. "I had a trumpet my dad had bought me on HP from Waltons in Dublin. A month later there was a knock at our door and it was their bandleader Paddy Malone and he asked my parents would they mind if I joined the band.

"At first they said ‘No way’. Paddy asked them to think about it and he’d come back in a few weeks. When he did they were still reluctant, but the fact that all the lads in the Premier Aces were pioneers persuaded them to give it a try and they said I could go for the summer. The band were only playing one or two nights a week at that stage.

"I started playing with them in 1957 and we soon became very popular and rapidly went to playing three or four nights a week. We played the pop songs of the day, Cliff Richard, Elvis Presley, stuff like that. My first night with them I was paid thirty shillings, which was good money – my father was earning £3 a week at the time. From the first time I went on the road I really enjoyed it. It was hard but I didn’t mind.

He describes those early days on the road; “We played mostly in the west of Ireland – though it would still be four or five o’clock in the morning when I got back home. The dances went from 9pm to one or two o’clock in the morning. The crowd would be in by 8.30 and you’d start playing at nine on the button. What we, and a lot of bands, used to do to give ourselves a bit of a rest, we’d break up the band around 11 o’clock; three would go have a cup of tea and the other three or four would stay playing. We were one of the top ten showbands of the time. The scene in Ireland was huge, there were about 700 bands; in Tuam alone there were three bands; they all stemmed from the brass bands that were in every small town back then”

In 1960, the Premier Aces made their first foray to England; “At that time there were no dances in Ireland during Lent – the Church didn’t allow it,” Johnny explains. “All the bands went to England for those seven weeks. We’d do a dance in Castlerea on Shrove Tuesday and we’d drive to Dublin on Ash Wednesday and our van would be lifted onto the boat by crane.

"The worst part was that they used to transport cattle on the boats as well; there’d be two or three hundred of them onboard. There was nowhere to sleep either, so people would stay in the bar all night drinking. If it was a rough night the cattle underneath would start moving and it wasn’t a nice experience. We’d arrive into Birkenhead at 5am and unload the boat and we’d get into our van and drive off to London or Manchester, wherever the gig was – without having had any sleep.”

After leaving the Premier Aces, Johnny spent four years with country outfit, The Swallows, and another seven with the Magic Band before striking out on his own in the early 1980s, going on to release 15 best-selling albums of easy listening music.

“I met marvellous people," he reflects. "I worked with the likes of Johnny Cash and Roy Orbison. I met Andy Williams and had the privilege of meeting and working with Glen Campbell. I was doing a concert in Cleveland in the mid-90s. After the show a lady came up to me and introduced herself as Sandy Gillart, Glen’s official photographer.

"She bought a few of my CDs and then rang me again five weeks later to say she had sent a couple on to Glen and that he’d like to meet me. Donie Cassidy, who was managing me at the time and owned CRM records, went out with me and we met Glen and stayed at his house and we got on really well. He was an incredible musician – he was a very good bagpipe player as well as being a top guitarist. I kept in contact with him up until a couple of years ago, he would always send me a Christmas card.”

While Johnny’s life has had many highs it has also had painful lows. His first wife, Stella, died of breast cancer in 1986, aged only 37, leaving Johnny to raise their four children aged from seven to 13.

"That was very difficult,” he admits. “I had no pension or anything to fall back on and I knew if I didn’t go out to work there’d be nothing coming in. When Stella died I had to go back to perform that weekend. There were no mobile phones that time so I could be playing in Cork or Kerry or Donegal and I mightn’t be onstage until 11 at night. I’d be phoning home late from a phone box to ask the kids if they were OK and I’d see them in the morning. And when I got back they’d have all got themselves to school, they were marvellous kids.” 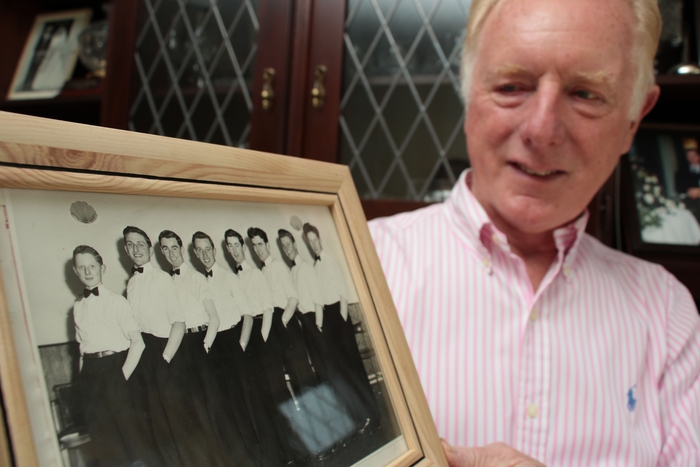 His children now all have families of their own and Johnny proudly mentions that his seventh grandchild arrived a week previously. He also found happiness with his second wife Anne who he met eight years after Stella’s passing. He reflects on his music career with pride.

“I’ve had sixty marvellous years in the business and I wouldn’t change it for the world,” he declares. “I’ve played all round the world. I’m semi-retired now and just do occasional things for charity and so on. This will be my last hurrah and all I want it to be is a great night and we have ten top acts onstage.”