Cartoonist Richard Chapman has been a familiar and valued presence on the local and national cultural landscape for more than 30 years during which his sharp wit has enlivened the pages of the Galway Advertiser, The City Tribune, The Phoenix, The Irish Times, and many other publications.

As part of the imminent Colours Free Festival, Richard will be staging an exhibition of his recent work at the Black Gate Cultural Centre on St Francis Street, which opens on Tuesday June 27. Amazingly, it is his first solo exhibition.

On Monday evening Richard met me at the Black Gate Cultural Centre to chat about his life and work, beginning with an account of his upbringing; “I was born in London but my mother is from Corandulla. She worked in hotels and managed the Skeff when she was only 21. She later moved to London where she met my dad who was an actor. In 1975, when I was 10, they moved back to Corandulla. We moved from a flat in London to a caravan in a field beside the cottage where my mother was born. It was beautiful, another world. Thatch and chickens and turf fire and sheep. An ass cart instead of a car, a well instead of a tap, a barn instead of a bathroom; fantastic and traumatic in roughly equal proportions!”

The seeds of his future cartooning career were sown in childhood; “Like most children I drew for my own amusement; I just never stopped. I used to read comics and when I was about 10 or 11 I decided I wanted to do one myself. The Beano and The Topper were the ones we used to have in the house but it was The Sparky that really inspired me because there was a strip in it called ‘The Sparky People’ which was about the people making the comic and I started aping that.” 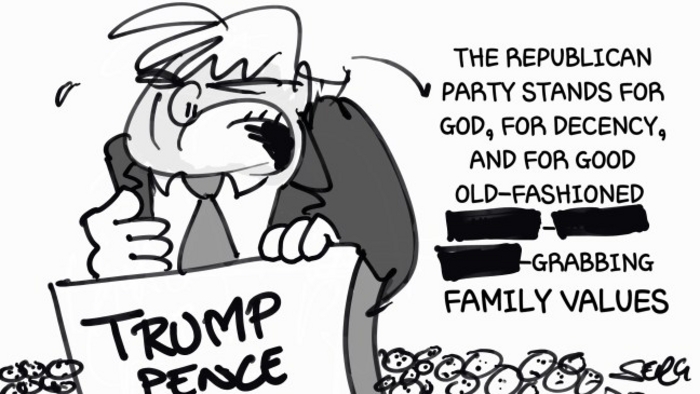 Richard’s comments are frequently punctuated by bursts of laughter, evidence of the lively sense of humour that has served him so well, and delighted his readers, throughout his career – which began in the 1980s; “I started doing cartoons for local magazines like Mark Kennedy’s West in 1984 and Buzz - I wrote for them, and took photographs as well. I went to college in ‘85 where I did stuff for Unity which was a great outlet. Julian Gough wrote for it as well and we used to share a flat. It was also around then I started doing cartoons for the Galway Advertiser.”

Richard published many of his cartoons under the pen-name Sergei, I ask how that came about; “It’s not even Sergei anymore: I discovered Le Monde have a cartoonist called Sergei so I changed mine to Serge. I originally chose Sergei purely because I liked the name. I randomly opened a biographical dictionary and flicked through the names ‘Wolfgang Mozart? No I don’t like that,’ ‘Ludwig Beethoven no way!’ ‘Sergei Rachmaninov – ohhh! I like that!’ But it was also originally a character name in a semi-autobiographical comic strip I was doing so I adopted it and it became one of my characters.” 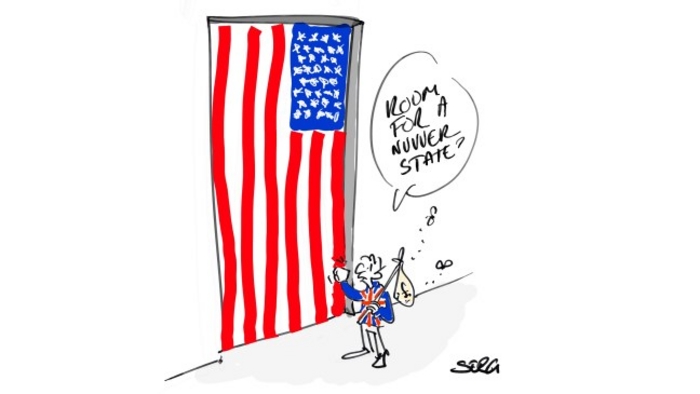 As a cartoonist, Richard’s style is instantly recognizable. He explains how it evolved; “It’s not something I worked at. When I was a kid I do remember sitting down and trying to draw expressions like anger, shame, joy. After that it’s just like handwriting, first you print the letters then as you get lazier and write faster it becomes more illegible and then you have a style [laughs]. Most of the time what drives my style is trying to use fewer lines and to get the stuff done quickly because cartooning doesn’t pay very well by the hour! For me it’s about getting as little drawing in the way of the idea as possible. I prefer to get things across in a few lines. It’s about speed and ease but also impact.”

What of the relationship between cartoonists and editors? “It doesn’t really exist,” he replies. “If they like a cartoon they’ll publish it, if they don’t they won’t; and they’ll never tell you why either way. No one ever says ‘I like that cartoon but take out the banana’ [laughs] and you’d love that feedback sometimes. Often you are creating finished work knowing that the chances are it won’t be published. A ‘hands off’ editor is good in a lot of ways but it would be lovely to know why some cartoon wasn’t chosen.”

Newspapers’ market share has shrunk greatly in the past decade or so, and Richard admits feeling the impact; “It has become much harder to make a living. There are far fewer outlets and so much material is available for free on the internet. The economies have changed drastically and lots of publications went out of business. That’s part of the reason I’ve started doing web design as well, though I do find that work interesting. I’m planning to integrate the two things in a new business I’m starting called Infograph Ireland; it will be a mixture of cartoons and information technology, data representation, graphics and animation.”

Given so many of his cartoons are on political topics I ask Richard if he is a politics nerd? “If I could just forget about politics for a year or two I would leap at the chance,” he answers. “I’d love to do more purely humorous and surreal work if there was an outlet for it. It’s good to be able to express your outrage but it can also be very depressing to pay attention to all the shit that’s going on. I did take a break from politics after I stopped writing the column but I got sucked back in, mainly through activism - I’d be asked to do cartoons for causes I supported and then the Charlie Hebdo massacre made me think that political cartooning is important.”

Did he ever get into hot water over a cartoon? “I once did a cartoon for the Advertiser about SPUC and I got hate-mail for it except they didn’t know who I was so Dick Byrne received it. I think he even got death threats on my behalf – I hope he doesn’t mind! [laughs]” 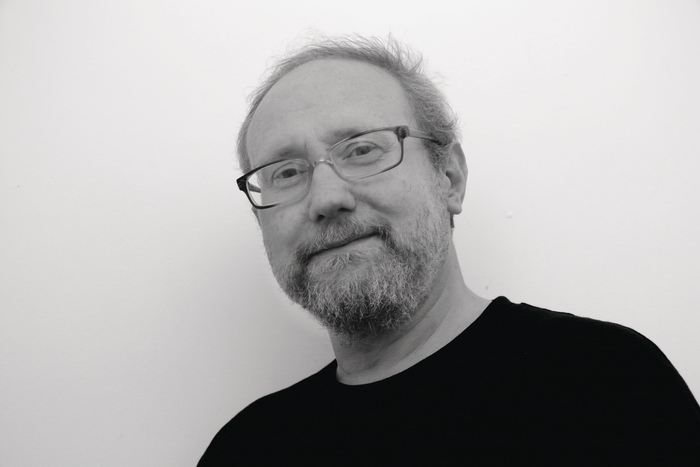 In December 2015, Richard was one of 28 European cartoonists selected to show work in a Cartooning for Human Rights exhibition at the European parliament in Strasbourg. “That was a lovely occasion and I met some great people,” he recalls. “There was a debate in tandem with the exhibition but I didn’t work up the courage to speak at it. I disagreed with some things that were being said about freedom of expression which I don’t think is an unalloyed good. It brings a lot of responsibility and people there were saying it doesn’t matter what we say, you should never live in fear because of your beliefs or opinions and that’s true, you shouldn’t, but you can’t. Things you say have consequences. I wish I’d said that at the time but I would have been in a minority of one.”

His upcoming exhibition features his sprightly and sharply funny takes on issues like Brexit, Trump, immigration, homelessness and the HSE. I express my surprise that it is his first solo show. “I’ve done a good few exhibitions but they’ve all been with other people. There was a big one in Kenny's in 2000 which was my most successful one. I agreed to do this show for the Colours Free Festival which is a tiny festival but with a nice spirit. I’ve not had a solo show before because I’ve always been weirdly publicity shy which is stupid considering all my work is published!”

The Colours Free Festival runs from June 26 to July 1 though Richard’s exhibition at the Black Gate will run for a couple of weeks longer.