THE SECOND Galway Feminist Festival is coming. It's not going to be small. It’s not going to be niche. This year it’s bigger, broader, and it’s going overground. “We wanted to create a festival and a space in which to have conversations about feminism,” says Jacinta. “And to have then unapologetically!” adds Mariel.

The F Word: Galway Feminist Festival 2017 takes place next month and is organised by the Galway Feminist Collective. Jacinta Fay and Mariel Whelan are founder members of the group, established in 2015, and which has a core group of 10 to 20 members. Add in people on its mailing list, Facebook likes, and those attending meetings and events, and that number expands to c500, with an age range from the 20s to the 80s.

“People are talking about feminism a lot more the days, it’s a lot more mainstream and it’s cooler than ever before to call yourself a feminist,” says Jacinta. Adds Mariel: “You can see that shift in opinion through Beyoncé talking about feminism, and here in Ireland with the Pro-Choice and Repeal movement. There is more talk about women in politics, and how women are represented in the media.”

It seems to be an exciting time for feminism, one alive with possibilities. Yet the feminist resurgence is a response to the reality that sexism, misogyny, and discrimination have not gone away - and in some cases have become emboldened. Think of US President Donald Trump's “pussy grabbing” comments; the sexualisation and objectification of women still common in all forms of media; the absolute worst aspects of social media and the internet; and above all, a realisation that women’s rights have progressed, but not nearly as far as they need to. 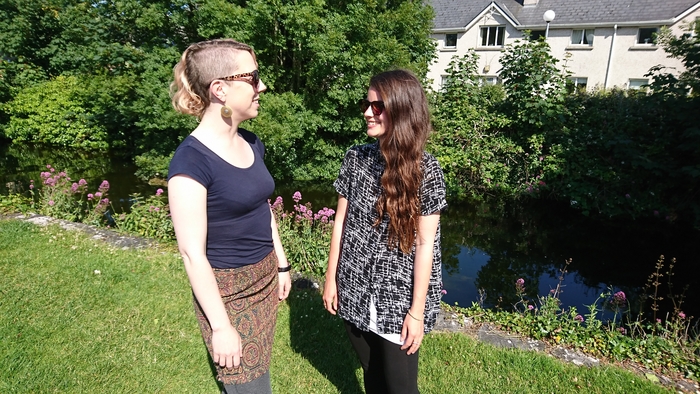 It all points to why feminism is still needed, so a feminist festival for Galway city is timely and important. “We wanted to create a space that wasn’t just online,” says Mariel. “The online activity is really important, but we wanted to bring people get together, face to face, where they can meet and hang out, especially for young feminists, who are very active online.

“We want to give women a space in which to perform. At music gigs and in comedy, there can still be a lot of sexist, misogynistic, racist, and homophobic material or behaviour, and here is a space where that won’t be. It’s also not just about countering misogyny or homophobia, it’s also about giving a platform to artists for their creativity who are making really interesting, out there, stuff, but which is also relatable.”

The F Word runs from Wednesday July 5 to Sunday 9, and according to Mariel it has three aims - creating a space for women to meet, talk, and share ideas; promoting intersectional feminism (recognising that different groups face different, numerous, or overlapping challenges, depending on ethnicity, class, creed, sexual orientation, socio-economic status, etc, ); and “a grassroots call to action to allow different groups work together and to plan for the future of the festival,” she says.

It begins on July 5 with Decolonising Feminism, a talk in collaboration with the Galway Anti-Racism Network. The talk seeks to tackle the limitations of mainstream feminism, and to show the concerns of white, western, middle class women, must not be the only concerns of the movement, and that the struggles of marginalised communities, such as Travellers and immigrants; as well as the situation of women in other countries; is also crucial.

“Feminism is becoming more mainstream, but that means it can end up speaking to a narrow group - white middle class women,” says Jacinta. “It’s about all women, and transforming the structures of society which are oppressive to so many groups.”

Seisiún an Domhain will be a chance for women to gather in Árus na nGael, Dominick Street, to share songs, music, stories, and poetry, on July 6. There will be sean nós singers, as well as Polish and African singers.

A major event will be the Reclaim The Night walk through the city centre, beginning in Eyre Square at 8pm, on July 7. The walk was inspired by an action of American feminists in the 1970s, as a response to acts of violence against women. Talking part in the walk will be the Galway She Devils roller derby team, Domestic Violence Response, and others.

July 8 marks the first day of workshops in Árus na nGael, including AMACH dealing with ‘Being Trans and Feminist’, and Domestic Violence Response, with 'The Personal Is Political'. There will also be a conference on the role Kurdish women are playing in the Kurds' battle against ISIS and the Assad Regime in Syria, and how women are working for equality in the Kurdish regions.

Culturally, politically, even spiritually, there is plenty for festival goers to sink their teeth into, and both Jacinta and Mariel are determined the festival will become an annual event. “For the first festival last year we held a Feminism v Islamophobia event, which was really good, and which allowed us to reach out to Muslim women,” says Jacinta. “This year we want the festival to have even greater diversity and to reach out to even more groups, not just in Galway city, but in the county as well.”

The future for feminism? 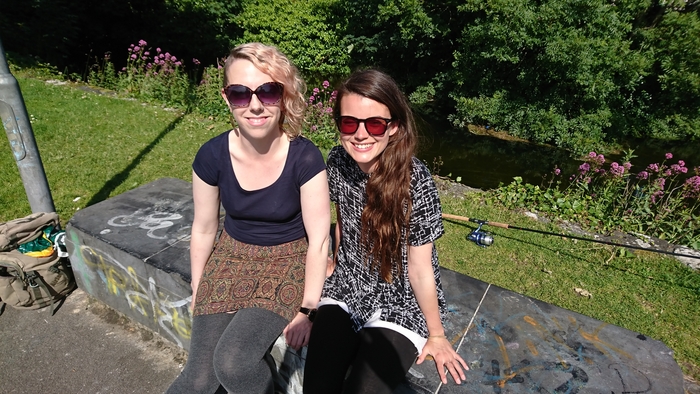 Growing public support for a liberalisation of the abortion laws; the Citizens' Assembly’s strong call for abortion rights in a wide range of circumstances; and An Taoiseach, Leo Varadkar’s, pledge to hold a referendum on the issue, means full bodily autonomy for women in the State is perhaps - however slowly - a coming reality. However Jacinta and Mariel warn whenever abortion rights are achieved, this does not mean feminism can down tools and say ‘job done’.

“There are an awful lot of issues women still face like domestic violence, rape, and sexual harassment,” says Jacinta. Mariel adds: “Consent is also a major issue. There are workshops at third level on the issue happening now, but by that stage it’s too late. It needs to come in at primary level.”

Jacinta and Mariel’s feminism is driven by their fierce intelligence, passion, commitment, and enthusiasm. It is infectious and inspiring, but though they seem optimistic for the future, in reality they recognise the feminist struggle will need to continue into the future.

“People think feminism means you are angry and anti-men, which feminism isn’t,” says Jacinta. “People fear that label and you have to be ready for an argument. It takes a lot of energy to be a feminist, to stand-up for your values. Other people are threatened by it, so they push back.”

Mariel outlines areas where reform remains an urgent need: “The education system needs to be reformed. There needs to be proper sex education in schools; health services also need to change and become more person centered; the whole area of childcare needs to be looked at differently; the legal system and how it treats victims of rape and sexual assault needs to be examined. These are just a few of the issues.”

Jacinta points out that there are also struggles faced by Traveller women; women living in poverty; women in direction provision; and disabled women. Many battles remain to be fought then, but that sense of being an active part in advancing rights - for women, for everyone - and being an agent of change, is a great spur.

“Being part of something, and in solidarity with other women, can affect all of us," says Jacinta. "It’s been that that keeps me active, and a sense of community, and we don’t need to have permission, we can just do it. With activism you have no restrictions, you can create a festival if you want to. I think people coming together is a threat to the status quo. Social movements have brought about change. The Repeal movement has been a grassroots movement and it’s changed the conversation.”

To find out more about the festival see Galway Feminist Collective on Facebook. To help raise funds for, and to support the Festival, see www.justgiving.com/crowdfunding/galwayfeministcollective