THE BABORÓ International Children's Festival is just a couple of weeks away and one of the top attractions will be the Flemish ensemble Kopergietery, one of Europe’s most exciting theatre companies, with its original play, The Queen Has Vanished, a beautiful story that speaks about loss, sadness and hope.

The play presents a story of a kingdom where fate has struck and the queen has disappeared. Now the king is grieving, the jesters have fled, and the princess is waiting for the thaw to set in. It is a heart-touchingly tender tale of sadness and the hope that sorrow will pass, a play that shows that even when we feel all is lost, we can still dare to believe all will be fine again.

Visually evocative and rich in music, The Queen Has Vanished was scripted by Anna Vercammenm, who also performs. It also features musician/composer Joeri Cnapelinckx and live illustrations by Sabien Clements, one of Belgium’s most famous children’s illustrators.

Kopergietery was founded in Ghent in 1978 by Eva Bal. Originally known as Speelteater Gent, the company staged productions featuring both adult professional actors and children. “It started off as a company where Eva was working with children and young people,” Dominique Collet, a director and theatre-maker with Kopergietery tells me. “She said she was not looking for an educational system for them to become actors or performers but she wanted to find out what was their ‘authenticity’ and how could she create authenticity onstage with the children and create performances with them. 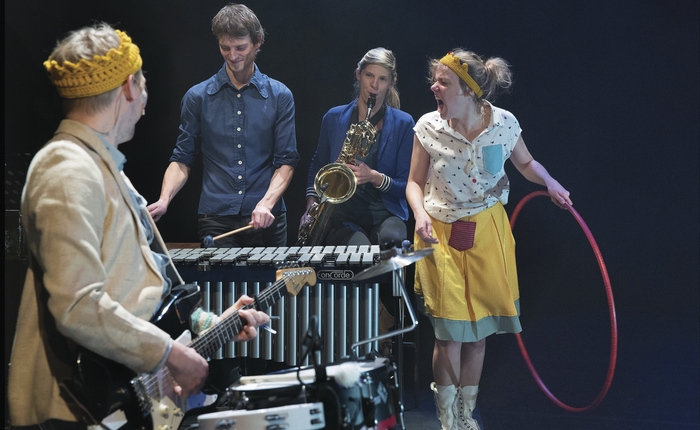 "In that respect Kopergietery’s origin was very different to most theatre companies because she started off the company with a few children. She created a professional theatre to create performances for children between the ages of six and eighteen. Then, in 2004, Eva passed on the artistic directorship to Johann de Smet and he has led the company ever since.”

Collet expands on the concept of authenticity as defined by Kopergietery. “Authenticity is the way somebody moves and talks and looks at things, without being too affected by social rules and expectations. It’s difficult because we are all playing roles much of the time but we try to find somebody’s authentic way of being when they are not playing a specific part and then to create a theatrical persona onstage from that.”

How did The Queen Has Vanished come about? “Anna did a performance before with us called Broken Dreams and we like to engage with artists we find interesting and give them opportunities to do more work within the company,” Collet tells me. “In Broken Dreams she was appearing as an actress but we knew she wrote books and is also a musician.

"She has her own band along with Joeri who is also in this show. Johann asked her what would she like to do onstage if she had complete freedom. She was working on a book at the time and a CD based on the story of The Queen Has Vanished which is about what you do when you are confronted with huge loss, when somebody disappears. She said she would like to do that and that’s how we started work on the play.” 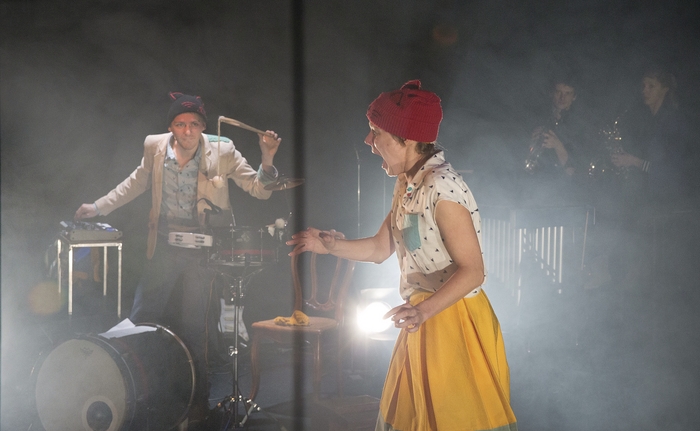 While the queen’s vanishing can be seen as a metaphor for death, the play is much more subtle than that. “Children never interpret it as if the mother has died they just think she has gone,” Collet points out. “It’s more about what happens when someone who is very dear to you disappears, how do you deal with that loss? Also it is quite hopeful because it suggests that we have a destiny or fate that sometimes is like a character who writes letters to Anna, within the performance.

"There are also two fools and they stand for the idea that our capability of laughing is something that disappears when we are really sad. At one point when the Queen has vanished and the King is very sad, the fools disappear in the woods as well but, by the end of the play, they come back which says you will at some point find a way to laugh again. It’s more about the process of mourning or being sad when something happens to you, but in the end loss is something you can deal with and something beautiful might come out of it.”

Collet adds: “This is the first time the play has been performed in English. Anna and everyone in the show can’t wait to see how it will sound in English because language always changes a little bit, it’s exciting.”