THE TOWN Hall Theatre bar is currently hosting a fine photography exhibition by Irish artist Tony Carragher which is well worth making the effort to catch before it finishes on August 10.

Tony Carragher was born in Crossmaglen, County Armagh, in 1960 and left Ireland to move to the United States in 1978. It was here his photographs first started being published in a range of arts journals, and he has had solo exhibitions of his work in Dallas, New York, and Miami. He has travelled widely around the US and Europe and for the past five years has lived in Spain.

“Leaving Ireland was a conscious effort to expand my intellectual boundaries,” Carragher tells me over a Monday afternoon phone conversation. “I felt a little bit trapped on the island intellectually, and I believed that for my intellectual development I would need to see more of the world. I also wanted to gain another language and I ended up learning to speak Spanish quite well.”

'In America, people live in their cars' 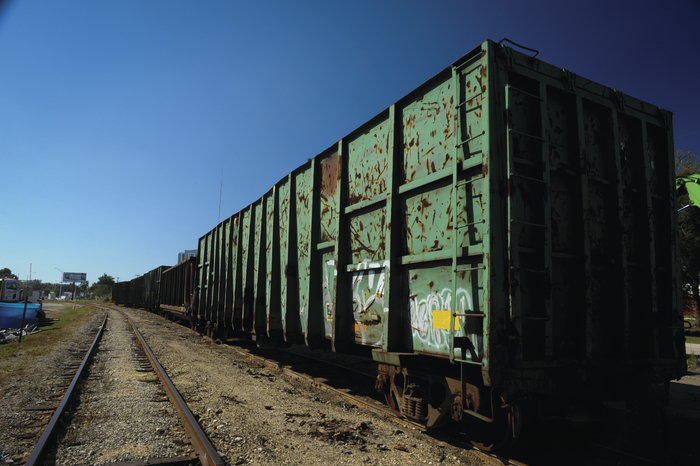 Carragher’s experience of the US informs his American Voyeur set of photographs. He describes them as being like diary entries jotted down during numerous road trips across the south, east and mid-west of America, taking in Florida, New York, Michigan, Indiana, Ohio, Georgia, Virginia, West Virginia, Tennessee, and Kentucky. The images typically portray isolated buildings and structures looking worn and weathered. People are conspicuous by their absence.

“I wanted to portray the barrenness of America,” he explains. “The photos of the garage, the damaged bridge, and so forth, are images where the glory of America’s past is truly over. The notion of community doesn’t really exist there any more. People live in their cars; towns and cities are built around cars. If you go on a long road trip you’ve got to bring your own food because if you’re hungry you are subject to the most appalling eating dives along the way and you have no choice.

"This is the irony of America, people are not given choices. They are peddled this whole notion of democracy, choice, and freedom, yet it is one of the least free environments that I know of in the world. America is full of contradictions and I try to capture that. Like with the photo of the Everglades post office; there isn’t another official building for a hundred miles in either direction on that motorway. That small post office is the only point of contact people have. I’ve tried to capture that loss of community or the attempt by American people to hold on to something that resembles community, but in actual fact they just end up with a flag outside their door.”

The Scorched Earth sequence of photos presents impressionistic, dynamic, images of trees and hedges which seek to capture the fluidity in the moment of perception. They push against Roland Barthes’ iconic statement about the fixed moment of the photographed image: ‘What the Photograph reproduces to infinity has occurred only once’.

Scorched Earth tries to explode that unrepeatable ‘once’ that explosion also conjures dystopian images of the landscape that tap into our apprehensions concerning the dire effects of global warming.

“There is this notion that a photograph holds everything in place and it was my idea to create movement within the photograph,” Carragher tells me. “Also, in ways I like to see them as shocking photographs in the sense that something like a tree can be deconstructed in some movement way that can be frightening. The images are quite stark but the more you look at them you see that this could be genuinely scorched earth if we’re not careful.”

Intimacy between the viewer and the object 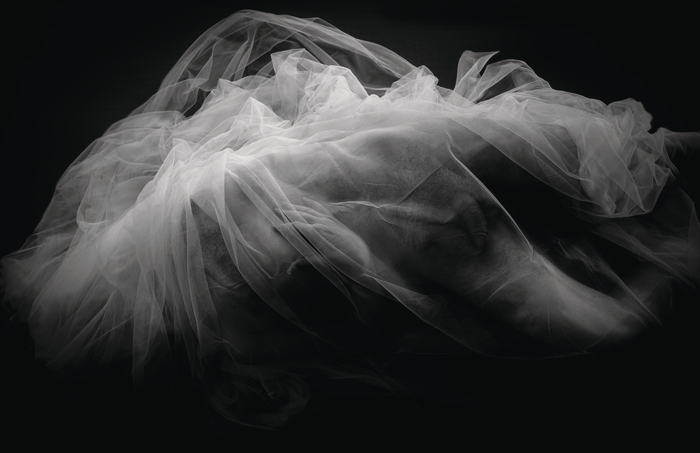 Carragher’s Trinities series comprises semi-abstract, occasionally sexual, images of the body that also alludes to ideas of the Trinity within western culture. Interestingly, the photographs in this suite are all much smaller than the others in the exhibition. I ask why this is so.

“One of the abiding images I had when putting them together was the notion of the confession box,” Carragher replies. “When you went into the confession box the priest would lean over to the grid and there was something incredibly intimate about that. I wanted people to have to go up close to the images to see them to create that kind of physical intimacy you get in the confession box where your forehead is within two or three inches of the priest’s forehead.

"The viewer is forced close to the images and that sets up an intimacy between the viewer and the object that can only be viewed at a given time, it becomes a kind of confessional experience in itself and that wouldn’t be the case if they were larger photographs. Because nearly all the images are of the body in some form or another that close intimacy, like with the confession box, can either be something you may like or not like, they might make you feel a little uncomfortable.”

Finally, there is the Veil sequence of photographs which dwells on the veil’s dual capacity to reveal and conceal at the same time. A naked female figure is depicted beneath a hazy veil, the folds and pleats of the garment interacting with the folds of falling light and shadow to form striking and often sensuous images.

“The veil functions so powerfully in numerous religious contexts and as an iconic object throughout history,” Carragher observes. “From the Muslim hijab to the Christian wedding veil, this item has accompanied us, particularly women, as a shield, a function of concealment. The veil and its uses are contradictory. One moment it is an object of censor, the next a reflection of barely concealed eroticism.”

While Carragher first approached the veil theme more than a decade ago, it is only recently that he created most of the works in this series. “The two very large ones in that series were taken 12 years ago. I still love those two, they were always very special for me,” he reveals.

“I think it took a while for me to develop my ideas around feminism and the body in order to fully appreciate what I had with the photographs. I knew I was tapping into something interesting but I needed a few years to develop my political ideas around the body, so that accounts for the distance between those two anchor photographs and the rest that came.

"The rest came in a flourish, there are 12 there but I took 40 in total. Some of the Veil ones I did in the studio, and they used the eroticism of the baroque statuary of Bernini. It was only last year in Rome that I saw his Ecstasy of Saint Teresa for the first time and I was blown away, it almost moves in front of you. I wanted to tap into that ‘over the top’ baroque imagery.”

Carragher is still working on his Veil series which extends to darker references such as the hooded prisoners of Abu Ghraib. Hopefully, further down the line, Galway gallery-goers will get a chance to see the completed project. In the meantime, you can still enjoy the photographs in the Town Hall.