One of the notable shows in this year’s Galway International Arts Festival is Maum at An Taibhdhearc, starring David Heap, who is best known for his role in Fair City. The play is based on a true story, this compelling new drama dares to uncover little known facts about a case that is still clothed in secrets and shame.

In the Maum Trasna Valley in 1882, a family of men, women, and children were murdered. In the aftermath of that brutal massacre, mayhem erupted and terror was rife. Suspects were arrested. Two cultures collided. Dublin’s legal eagles confronted men from a remote Connemara valley. Neither spoke the other’s language, leading to conflict, confusion, lies, and betrayal. Crucial evidence given in Irish was disallowed. An innocent man was hanged. Others got rough justice to enforce British rule.

Sighle Ní Chonaill’s Maum is translated by Macdara O’Fatharta and is directed by Diarmuid de Faoite. It features David Heap in the central role of prosecuting counsel Percy Hawthorne. Originally from England, Heap has been based in Ireland ever since he was cast in the premiere production of Brian Friel’s classic play Translations in 1980.

From the Forest of Dean

Heap was born and raised in Gloucestershire’s Forest of Dean, a landscape immortalized by brilliant TV dramatist Dennis Potter, most famously in The Singing Detective.

“Dennis Potter came from just outside a small town called Coleford,” Heap tells me. “I came from another small town called Cinderford so you can tell from that that around the Forest of Dean mining goes back a long way. There were Roman iron mines there and coalmines up to the middle of the 20th century. My only connection with Dennis Potter was that of inspiration in that I very well remember the pride we all felt in the 1960s that one of our own had a play on the telly, it was very big thing. I still remember the amazing interview Dennis did with Melvyn Bragg just before he died from cancer where he was sipping from a bottle of morphine all the time.”

So how did David himself find his way into a life in theatre? “I was a working class boy,” he replies. “In junior infants I was the Little Red Hen because none of the girls wanted to do it. I was the kid who sat up in the barber’s chair at the age of three and sang ‘How Much is that Doggy in the Window?’ Yet before I was in my mid-twenties the idea of doing acting professionally never entered my head. I was working class and aspiring working class so my ambition was to get a better job than my dad basically, and that was also his ambition for me. I was lucky enough to get a scholarship to a good school and I was the first one from either side of my family to go to university. I then worked with Proctor and Gamble for three years until I ran away screaming. I eventually ended up with the Bristol Old Vic theatre school because I had been acting as an amateur all the way through and suddenly decided why didn’t I try to do for a living what I loved doing.”

David goes on to describe how he first discovered Ireland and his fateful casting in Translations which saw him become an Irish resident. “When I was in university I had a girlfriend from Belfast and I went over there a few times in the middle of the Troubles in the early seventies. I remember we toured around Ireland in 1971, we ended up on Sheep’s Head in Kerry drinking Guinness and eating mackerel, so that was my first exposure to Ireland. Translations came about by a complete fluke. I was working in repertory at a theatre in Cheltenham and an ex-girlfriend of mine was helping out at her agent’s office which happened to be the same agent as Stephen Rea. She saw an audition list for Stephen Rea, and Brian Friel and Art O’Brian were coming over to see English actors for the two English roles in Translations and she added my name and contact details to the list – thus does a life completely change!”

“I’ve been in Ireland pretty much continuously since then,” David continues. “I spent a year touring Shakespeare with Michael Bogdanov’s company in the UK and I went to Japan three or four times, but I’ve been mainly Irish based. I’ve worked in Belfast, Sligo, Cork, and Waterford. I’ve only worked in Galway a couple of times before –once with Punchbag in the 1995 arts festival and Dick Byrne’s play Dance of the Dinosaurs - so I am looking forward to this new show.”

Heap has long been married to actress Olwen Fouere who also features in the arts festival programme with her solo Beckett show, Lessness; “We met when we were in a very small company run by Michael Scott in the Project Arts Centre in 1983. We were doing Tom Murphy’s play The Morning After Optimism. We got together during that and we married in 1984.”

Of his long stint as Donal Maher in Fair City he recalls "I've been part of something which has given people pleasure." 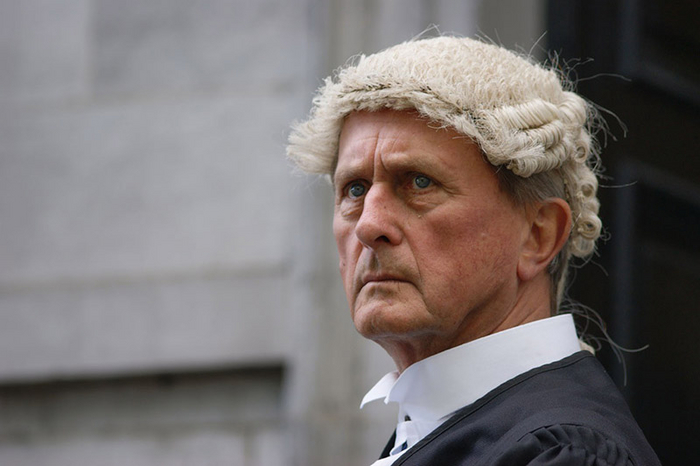 Maum evokes a time of turbulent social unrest and toxic local feuds. “It’s very interesting, I find some people immediately go ‘Oh yes’ when you mention Maamtrasna massacre or Whiteboys and others look blank,” Heap observes. “The nasty side of ourselves is not something we talk about a great deal and it has been brushed under the carpet. The atmosphere was so awful in that period in Mayo and Galway particularly where you didn’t know whether you could trust your neighbour. For me the play is also the wheel turning full circle because Translations was also deeply concerned with the mis-translation of Irish into English and here I go again in this play and I really like that synchronicity.”

Heap enlarges on the character of Percy Hawthorne. “I’m the nasty West Brit chief counsel, playing to type!” he says with a laugh. “The point is made very strongly in the play that this is coming to trial very shortly after the murder of Lord Edward Fitzgerald in Phoenix Park. My character says at one point ‘Dublin Castle has ground to a halt, there are over 60 unsolved murder cases. We have got to get results.’ I have family who lived in Africa under colonial administrations and it is a very colonial attitude. There is an uprising and we have to put it down and if we have to do it by convicting the wrong people that’s fine, just so long as we get convictions. His other credo is that he is not concerned with truth, he is concerned with proof, and that is crucial as well.”

And, finally, his thoughts on being in An Taibhdhearc; “I have only about 10 words of Irish so I am fascinated to be working in a show that will be 80 per cent as gaeilge. I’m hoping I can increase my 10 words to at least 20. It’s also rather lovely that Olwen comes into the Taibhdhearc for the last week of the arts festival with her solo show Lessness.”

Maum runs at An Taibhdhearc from July 9 to 18 at 8pm. For tickets and more information see www.giaf.com