Driving home to County Kerry, to help his father with some cattle farming, was not the time Gerard Barrett expected to receive a call from Hollywood A-lister Charlize Theron, asking him to script and direct a film she is producing.

Yet it is all part of the rise of one of the finest new voices in Irish cinema, whose second feature length film, Glassland, starring Jack Raynor and Toni Collette, goes on general release across Ireland on Friday April 17.

The film received its premiere at the 2014 Galway Film Fleadh, and Galway will get another ‘first view’, as The Eye Cinema, Wellpark, will host a preview screening on Thursday 16, which Barrett, who wrote and directed the film, will attend. “Galway has played a very big part in my career,” Gerard tells me during our Tuesday morning interview. Indeed his debut feature, Pilgrim Hill, got its premiere at the 2013 fleadh. “Gar O’Brien and Miriam Allen of the film fleadh have been great,” he says. “They give you confidence, and the big thing they do is give young film-makers a platform, and as a boy from Kerry, and the West of Ireland, it’s important we all stick together. Galway has a great community for film and as long as I make films I will keep coming back to Galway.”

Gerard grew up in the Listowel region of County Kerry, and attributes his passion for film to hanging out with his brothers, and the storytelling traditions of the Kingdom.

“I grew up in a house where my brothers were around 10 years older then me, so I was subjected to a lot of film and TV from a young age, it became a way of bonding with them,” he says. “Also the storytelling tradition in the Listowel region is strong with John B Keane and Brian McMahon, so it found its way out of me. If I was living 150 years ago I would have been writing plays, it just happens to be films I make. For me it made sense, I love the idea of bringing a story to life on screen and it’s the biggest way to capture an audience.”

Glassland tells the story of John (Jack Raynor ), a young man from a rough and terribly disadvantaged working class estate in Dublin. A former drug dealer and criminal, he has turned his back on crime and is now trying to earn an honest living as a taximan. Yet, freed from one struggle he now faces another - his mother’s alcoholism has got out of control, and he has to resort to desperate measures to both get her to quit and get her treatment. The inspiration for the film came from Gerard’s experience of moving to Dublin.

“When I moved from Kerry to Dublin, I saw the impact of addiction on families, on friends I had made, and on children,” he says. “Rural Ireland has addiction problems too, but not to the same extent. In cities it is much more concentrated so it is more visible. I wanted to look at that, but not in the usual way. Stories of addiction tend to look at it from the addict’s point of view. I wanted to do something different, to look at it from the children’s point of view, how they can be victims of those suffering addiction, and the impact that has on them.”

Low key and restrained, yet powerful, and at times harrowing, Glassland is a superb drama, where the essential humanity and decency of John aids his struggle against all that life throws at him, imbuing the story with hope, and never lapsing into sentimentality.

“There is always one person in a family who holds it together, a child who can take on the parent’s role if they need to, and that is John in this film,” Gerard says. “I think that is quite uplifting. Every uplifting, positive story, has very dark elements to it, but to get light you have to put up with the nighttime. John is the firefighter in the family, he keeps the fires down. People like that never get thanks, but they are important. It was an interesting subject I wanted to explore, that role reversal, where kids have to look after the parents, who may often not be much older than them.” 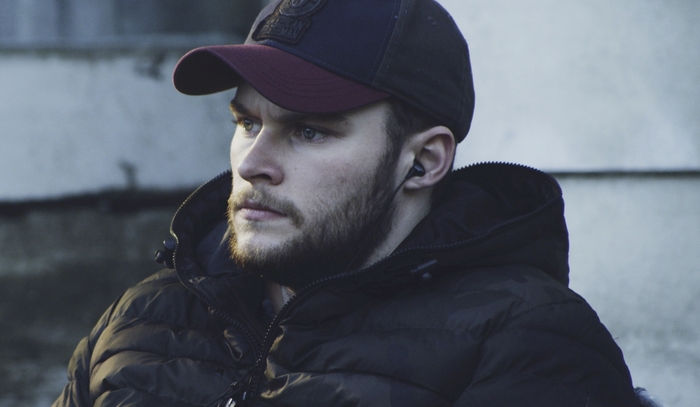 Glassland boasts an impressive cast of Irish actors Jack Raynor (What Richard Did ) and Michael Smiley (A Field In England ), English actor Will Poulter (We’re The Millers ) and Australia’s Toni Collette (Little Miss Sunshine ), all of whom deliver outstanding performances. “It’s like going out to play the All-Ireland with 15 really good players,” says Gerard. “They bring their experience and own artistic intuition to it. If you choose the right people you get great results. It’s the most important part of the film, casting it.”

Young actor Will Poulter proves a revelation, delivering an utterly convincing portrait of a young Irish gurrier - making the fact he is actually English all the more surprising. His character Shane is wayward, yet likeable, just in need of some guidance from best mate John. “Will’s an incredible force,” says Gerard. “I knew he was perfect for the role. He just absorbed his surroundings.”

Belfast’s Michael Smiley is also notable for his portrayal of the kindly counsellor who provides care for John’s mother and a sympathetic ear for John himself. Strangely, despite his increasing prominence, before Glassland, Smiley had been all but ignored by Irish film. “He’s an Irish actor very prominent in Britain, but he’s never done an Irish film and he told me ‘I’ve never been asked!’” says Gerard. “I’m a big fan so when the opportunity to be the first arose, I took it. I like to keep away from the traditional group of actors who tend to be cast in everything. Michael brought a lot of life experience to that role and I’m hoping it’s going to open the floodgate for him here.”

A phone call from Charlize

Gerard is already at work on his next project, an adaptation of Susannah Cahalan’s memoir Brain On Fire: My Month Of Madness, which he will write and direct. The film will star Dakota Fanning, while actress/model/producer Charlize Theron will co-produce. “It’s very exciting,” says Gerard, of what is sure to be his initial move into the big leagues. “It is about a girl with a mystery illness. It’s a very scary place, having something that no one can understand. That can be lonely and isolating. I was attracted to it for that as it is a theme I explored on Pilgrim Hill.”

So how did South African superstar Theron come to involve Gerard in the project? “She rang me,” he replies matter of factly. “I was on the road to Kerry to my father, I was going to help him with dosing cattle, and I was looking forward to it. The phone rang and it was Charlize Theron on the other end. A while later I was in a cow shed dosing cattle, back in reality. That’s the thing about my career, you can get swept away, but I don’t step too far from reality. It’s nice to keep your feet on the ground."

Glassland will screen at The Eye from next week. For more information and booking see www.eyecinema.ie or call 091 - 780078. Brain On Fire is due for cinema release in 2016.