Among the highlights of the Galway Theatre Festival is the trilogy of acclaimed one-man shows from percussionist and performer Brian Fleming; Gis a Shot of Your Bongos Mister, Have Yis No Homes to Go To, and A Sacrilegious Lesbian and Homosexual Parade.

The shows draw on Fleming’s remarkable experiences from Africa to America and are choc-a-bloc with memorable stories, lots of laughs, and eye-opening insights on First World/Third World relations, cultural diversity, and artistic empowerment. A native of Dublin - “I’m from Sallynoggin like Dustin the Turkey!” he quips - Fleming is proficient in Irish and African percussion instruments. He has recorded on more than 30 albums with the likes of Davy Spillane, The Chieftains, and Jack L, and is currently a member of the Afro-Irish group Tig Linn. He has also worked extensively in The Abbey Theatre, as well as with Macnas and Els Comedians. His many other credits include managing the award-winning project Tower Songs in Fatima Mansions, and being credited in the Guinness Book of World Records as creator of the Millennium Drum, the world’s largest such instrument.

Paraic Breathnach sent me to Africa

Fleming’s passion for percussion partly stems from his uncle, who was a drummer with Colm Wilkinson. As a teenager, Fleming saved money to have classes with noted drum teacher Johnny Wadham. After leaving college in 1991, he went off on tour with a band in Germany and his musical career was up and running. How then did he get interested in African percussion?

“There is a Galway connection with that,” Brian replies. “I heard Jah Roots playing in Dublin and I fell in love with a drum called the djembe drum. I was working on a project with Paraic Breathnach and he said ‘If you love those drums you should go to Senegal.’ So I did and Gis a Shot of Your Bongos Mister is partly about that.

“A lot of my career is made up of the knowledge I picked up there. It opens your mind to what a small part of the world Ireland is, lots of people don’t even know where Ireland is. I was on the dole when I first went to Africa and yet I might as well have been Donald Trump, they saw me as this millionaire. I had to get used to the fact that I was incredibly privileged in their eyes. There were two very strong friendships I made there, a guy called Bala Diatta and a guy called Chico. I brought them over to Ireland and it was their first time in Europe. They had never even been in a lift before and they were asking ‘Why are we stepping into this tiny little room?’ They couldn’t get used to the fact we were on a different floor every time the doors opened.

“Bongos is about those friendships and the differences of perspective. What helped bridge the gap was humour, I learned to tell a few dirty jokes in their language, Wolof, and that broke a load of barriers. The show tells how the arts and music can help people in dire circumstances, how they can give people power and humanity.”

The show blends insights from Dublin and Senegal. “Fatima Mansions famously underwent a regeneration, which the locals did on their own terms because they were enabled through their work in the arts,” Fleming observes. “They worked together and imagined what they wanted their new homes to look like, and then agitated for that, they put together a book and a document and presented it to the council. I put the two experiences together, looking at regeneration and underprivileged situations in Dublin and how they synched with these people coming from Africa, who regarded Fatima Mansions as the richest place they had ever seen, because it had running water and electricity.”

The power of clowns

It was while he was in Fatima Mansions that the seed for Fleming’s trilogy of shows was sown.

“One day I was setting up for some recording on Tower Songs,” he recalls. “I got a phone call out of the blue from Belgium to tell me that Bala was dead. I was there in one world with a whole scatter of kids racing in for the recording, and suddenly I was thrown back 10 years to Africa, and wondering how Bala had died. I’d been through all these experiences and I decided I wanted to tell these bigger stories and do it myself. I got a director, Raymond Keane - the poor guy! - on our first day I said to him ‘I’m not an actor,’ so he had to work around my denial that I was acting at any time. While I don’t consider myself an actor, I do feel I have to give people a theatrical performance so the shows involve live music, some very bad dancing, humour, I even get some of my kit off too!”

Fleming credits Donal O’Kelly as a big influence on his own writing. “We did a show together, Direct Provision,” he says. “Donal would call over to my flat with some writing and I’d get out pots and pans and drums and come up with percussion. Then he’d go away and re-write to fit my rhythms. It taught me a huge amount about writing, stuff he’d throw away I’d have been happy to put on my wall. Donal knows what a piece needs and doesn’t need, and no matter how good the writing is he doesn’t get attached to it. Things like that were a huge help to me when I started writing my shows.”

Have Yis no Homes To Go To charts Fleming’s trip with Clowns Without Borders to refugee camps in Rwanda, and it turns out this show also has a very strong Galway connection.

“Myself, Jonathan Gunning and Colm O’Grady rehearsed our Rwanda material in Galway,” Flaming says. “Have Yis no Homes tackles head-on the idea of what do the arts mean to people. What use is it sending clowns to refugee camps, should we not be sending money or practical stuff? I really did ask that going over there, it was a big worry for me. Is aid from the western world just another wave of colonialism?

"Or is there something about the clowns - they don’t leave anything, they don’t take anything away? They don’t go as powerful people, they are not telling people what to do, they’re Fools, people laugh at them and it’s even funnier to see white people being laughed at by Africans. They broke down barriers everywhere they went. They’d go into a market to buy food and next thing they’d start clowning and have a crowd around them.

“We’re becoming more aware of refugees with all these people drowning in the Mediterranean, we’re realising that all these rich countries, one of which we live in, have all pulled up the drawbridge. You can’t keep sticking people in refugee camps, at some stage you have to open up the borders. It took the clowns to show me that.” 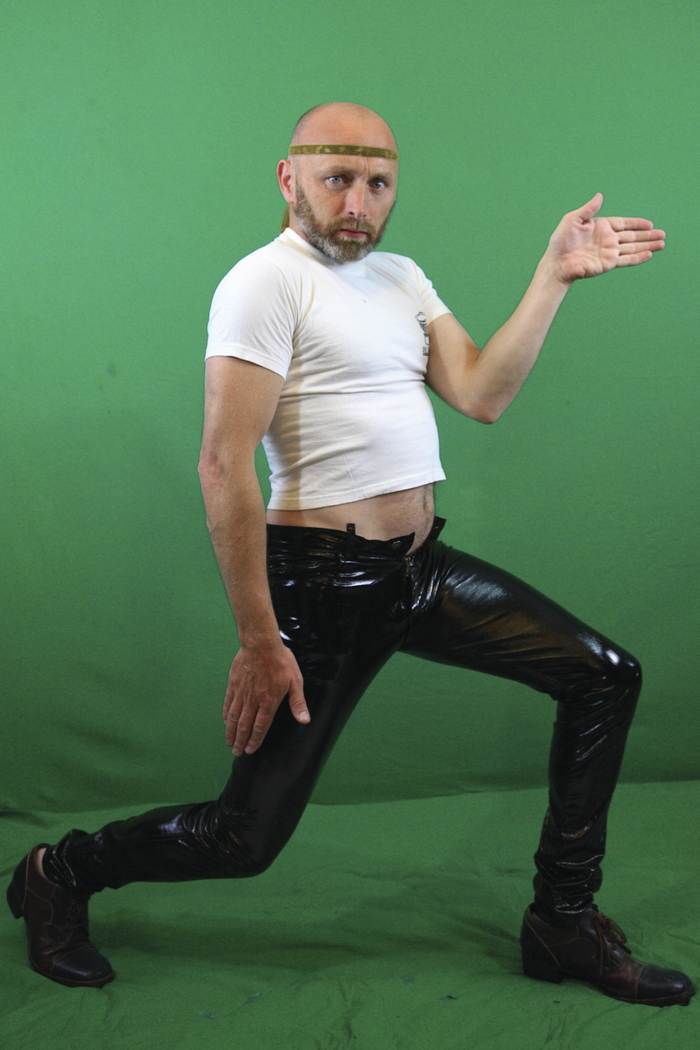 A Sacrilegious Lesbian and Homosexual Parade is about St Patrick’s Day in New York. The title came from an elderly woman went to the St Pat’s For All Parade in Queens. “She’d go with her friends and they’d have signs saying things like ‘Sodom and Gomorrah’, ‘Sacrilegious Lesbian and Homosexual Parade’, ‘Stop Blaspheming Our Lord Now’ and they’d happily stand over those kinds of statements,” says Fleming.

The Dubliner found the St Pat’s For All Parade “ incredibly inspiring”, as again it tapped into “the idea of what you can do with the arts and celebration”.

“The parade invited African-Americans, Koreans, Hispanics and they were all dying to be in a Patrick’s Day parade but nobody had asked them before,” says Fleming. “The Mexicans wanted to celebrate the San Patricios, the Argentineans wanted to celebrate Admiral William Brown who founded their navy, the Koreans had all been educated by Irish Columban nuns, the African-Americans were celebrating Frederick Douglass, who visited Ireland. They all had these amazing Irish connections. You saw this really positive side of how Ireland can be in the world.”

Brian’s musings on artistic empowerment suddenly came to his own home last Christmas, when Ernst & Young tried to throw him and his neighbours out of their homes in Bell Harbour in a headline-making case.

“I’m one of those residents, along with painter Jim McKee, and documentary maker Johnny White,” he tells me. “It was the arts that saved us, we got people together to make a song and a video and it staved off the receivers. We’re hopeful we can turn the thing around now - a Galway estate agent has got involved. It was interesting making all these shows about how art can empower and it ended up on my own doorstep.”