JOKER, ALSO known as Arthur Fleck, grew up the victim of abuse, and struggles with a type of Tourettes which results in his erupting in involuntary laugher when he is unhappy or uncomfortable.

He has a job as a clown holding signs and entertaining children. Arthur is on edge, and so is Gotham where he lives. In the middle of a refuse collection strike, bags of rubbish are piled high on every corner; violent thugs harass people on the street; the rich and powerful are imposing harsh austerity laws on the less well off; the final straw for Arthur is when funding for mental health services are cut. His descent from madness to homicidal derangement begins.

Arthur is played by Joaquin Phoenix. He is, as always, fantastic. He starved himself for months ahead of this role. His body is malnourished but, due to his previous size, it still intimidating and slightly grotesque. In clown make up he is more Marcel Marceau than Pennywise, but his laugh is haunting, and the way he moves and dances, which is almost constantly when in make up, has an obscene quality to it.

Director Todd Phillips is known for his work on the Hangover films, has made a beautiful movie here, and there are many visual references to the New York cinema of the 1970s like Taxi Driver and The King of Comedy.

'You cannot control how people interpret art but you should not let it censor you either...Despite what the film-makers think, I believe you cannot separate art from context'

A problem is that Joker was created as a nemesis for Batman, and without a protagonist to go against, we quickly run out of things to do for Arthur. The film also sags in the middle, but it culminates in an incredible final 20 minutes.

It also attempts to provide some empathy towards Arthur - he suffers as a result of cutbacks to mental health services; he was raised by an unfit parent; and is taken advantage of at work. Yet, he is also a narcissist and a violent person, and it is impossible to have empathy for that. 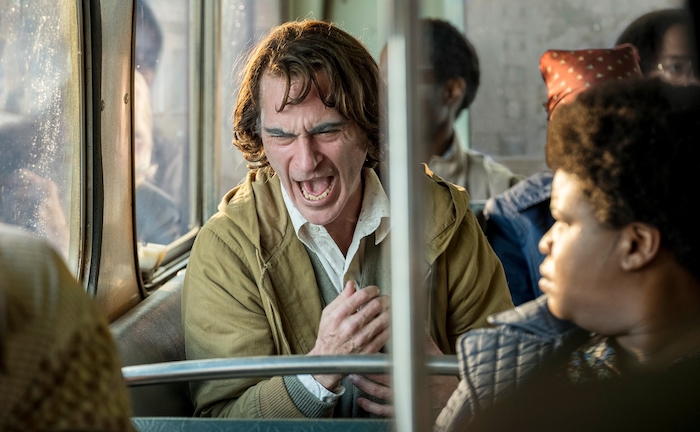 The reaction to this film has been extreme. While I liked the film, I think it is badly timed and in bad taste. In the recent shootings in New Zealand and Santa Barbara, both killers left manifestos that alluded to a life of isolation and mental illness. Both were angry, lonely, men. The film of course condemns Arthur, but, as Emily Nussbaum pointed out in an article for The New Yorker, entitled ’Bad Fan’, there are the people who watch The Sopranos for the murders, who cheer on Walter White while he destroys his family.

You cannot control how people interpret art but you should not let it censor you either. So really I don't know what to think about this aspect of the film. Despite what the film-makers think, I believe you cannot separate art from context. I remember the debate around Natural Born Killers, I vehemently defended the film at the time. Now I’m not so sure.