THIS IS the second film released in the last few months named after a painting. The first was The Souvenir, a beautiful low budget movie about a film student in 1980s London. This is the opposite - big budget (which unfortunately looks set to make an epic box office loss ), all star cast, and based on a Pulitzer Prize winning novel.

The Goldfinch is about Theo, who we see as a 13-year-old and in his late twenties. At 13 he is with his mother in a museum, which is the target of a terrorist attack. In the immediate aftermath, as he struggles to his feet and walk out of the rubble, he picks up a painting - The Goldfinch - which he stores away. Everyone assumes it was destroyed in the bombing. Theo is now orphaned and the painting becomes his hidden obsession.

Adult Theo is struggling with addiction, and while the painting is safely hidden away it has become a drug for Theo. He sneaks to his storage unit where the painting is hidden to hold it and hug it like a junkie. Over time he becomes embroiled in a plot in Europe that feels more like an unmade Liam Neeson action movie than prestige novel.

The two Theos, played by Ansel Elgort and Oakes Finley, are fine. I do not think they are great actors, and the film pulls a performance from them rather than uncovers one. The stand-outs are Sarah Paulson and the criminally underrated Jeffrey Wright. Also one small character, an antiques collector played by Denis O'Hare - who figures out he has been sold a fake antique and Theo’s connection to The Goldfinch - gives the best performance in the film with two cracking scenes.

'The movie does manage something impressive, it feels both very rushed and impossibly long at the same time'

Directed by Corkman John Crowley, whose last film, Brooklyn, was itself an adaptation of an immensely popular novel, this unfortunately is not nearly as successful. It looks beautiful, particularly the outfits, but despite Theo narrating much of the film, it lacked the wonderful prose of Tartt's internal monologues. 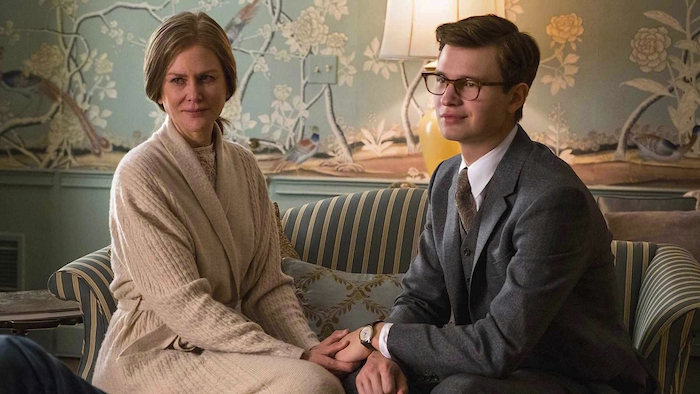 The novel has been described as un-filmable, and this often refers to the potential scale, like a Frank Herbert's Dune, or to the impossibility of conveying language like Perfume (both were made into very bad movies ). Here, the issue is both. The novel is 800 pages and most of it is internal monologue. It would take hours and hours of film to get it all across and turning it into a two and a half hour film does not work.

The movie does manage something impressive, it feels both very rushed and impossibly long at the same time. Its devotion to the source material is perhaps its undoing. There is also a slight 'emperor's new clothes' feel to the whole thing. When you strip the novel of Tartt's beautiful writing, the story is perhaps a little ridiculous. This was clearly designed to be an Oscar contender. I cannot imagine anyone will be talking about it next week, let alone during the ceremony next spring.