AD ASTRA is Apocalypse Now meets 2001: A Space Odyssey - I do not claim to be the first to make that comparison - but that is a pretty great combination of stories, and surprising it has not been done already.

Brad Pitt plays Roy McBride, an unflappable astronaut, he is so stoic and calm his heart rate never goes up in the face of perilous danger. After an accident in space he is given a top secret mission - to go to the furthest human outpost in space and bring back his, presumed dead, father who seems to have turned into an eco-terrorist.

Like all films from director James Gray this is stunning. Indeed, Ad Astra is the best looking film of the year and this is a year that has some beautiful films. Sometimes you see a movie that does one thing better than any movie you have ever seen. For this film it is falling, yes, falling. Often in films, when a character falls they appear to slightly float. Here the falls are sudden and violent. It is something small but after watching endless action movies when people bounce back up after falling two and three stories, its really refreshing.

I also love this films version of future. When George Lucas went to make Star Wars he didn’t want Buck Rodgers or Star Trek polished shiny space ships. He wanted space to look dirty and old. He called it “used Space”. This is somewhere in-between. When Roy flies to the moon he has to travel commercial, it feels like a Ryan Air flight, even the air stewart (space stewart? ) gives an “I hope you’ll consider flying with us again in the future” and is offered a blanket and pillow for a mere $125.

When they get to Mars it is a desolate place, there we meet Helen Lentos, played by Ruth Negga, as always she is magnetic and this set piece is the film at its best. However, there are long stretches in the film where not much happens and after an exciting opening 40 minutes I can see some viewers losing interest. 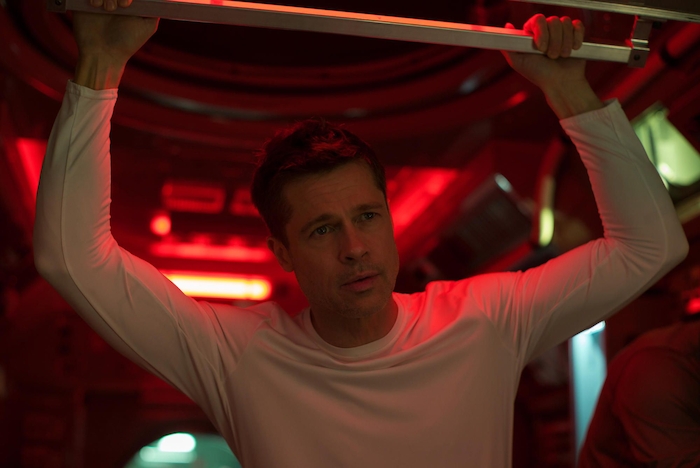 Ad Astra takes itself incredibly seriously. I’m not sure I was on this journey emotionally like the director wanted, but I certainly was a willing passenger to see the world he wanted to show me. It is the most impressive and potentially realistic vision of the future yet depicted on screen and there is much to be said for that.

This movie is a lot more Blade Runner 2049 than Interstellar. Pitt is fantastic and the supporting cast, particularly Negga and Donald Sutherland, are in top top form. I think it will disappoint when it comes to award seasons but it is great to see an interesting film like this given such a big budget and attracting this kind of star power.