WHAT A year it has been for Galway’s LGBT+ community. What a year it is still set to be. With the Galway Pride - Bród na Gaillimhe festival, taking place this August, there is much to look back on, and much to look forward to.

Galway Pride, which runs from Monday August 12 to Sunday 18, is celebrating a major milestone - its 30th birthday, and the fact that, while Dublin and Belfast have the bigger festivals, Galway boasts the longest running consecutive Pride event in Ireland.

Aoibhin Keighron, treasurer of Galway Pride, is among those helping organise this year’s festival (“I’m throwing myself into it,” she says ). She, like most of the committee (average age 22 ), was not even born when that first Galway Pride was held in 1989, but she and her colleagues are very well aware of how significant it was. “We’re really excited to have Nuala Ward as our grand marshall of our parade this year,” Aoibhin tells me as we sit for the interview on a Tuesday afternoon, “as she set up the first Pride in Galway in 1989, so it’s great to have her on board.” 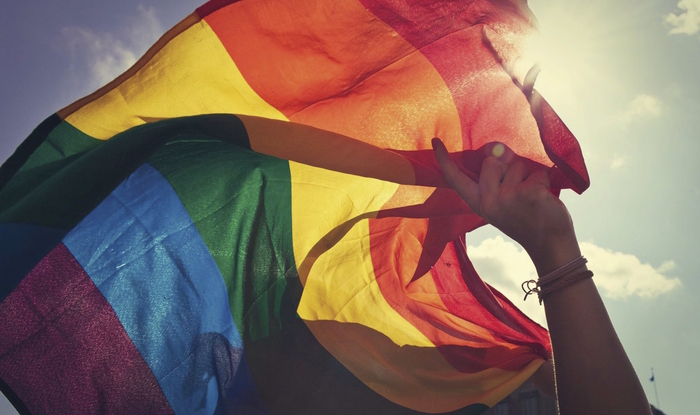 Nuala Ward will lead the Pride Parade, which takes place on Saturday August 17, leaving City Hall at 2pm, although Aoibhin is encouraging those taking part, to arrive earlier. “We’d like if people started gathering from 1pm/1.30pm, to get in the mood and get excited,” she says. “The Parade will then go to Eyre Square, through Shop Street, past Spanish Arch, and into Fr Griffin Park where we will have our family fun day and also a dog show, which I’m particularly excited about.”

As well as the city’s LGBT+ community - including Teach Solais, AMACH!, and the fabulous Kiki St Clair and her fellow drag queens from Club GASS - taking part, the parade will also feature various community groups, a Scouts group, while sponsors like KPMG and EA Games will also be marching as part of the parade. Various political parties are also expected to take part on the day.

However individuals who wish to walk in the parade, and to show support and solidarity with Galway’s LGBT+ community are welcome to do so. “It’s nice that people outside the community want to be part of it as well,” says Aoibhin. “Everybody is welcome to Pride. If anybody wants to show up on the day, and sees a group they want to be part of, that’s no trouble at all. There is a form on our website where you can register to march with us, but you can also just show up on the day.” 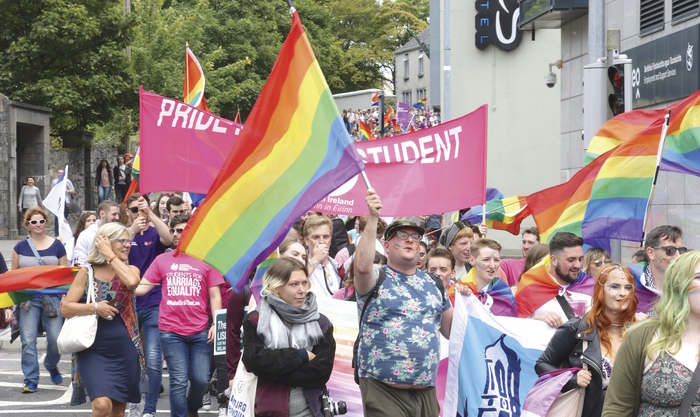 Apart from the Parade, among the other main events at Pride 2019 will be the comedy show in the Róísín Dubh on Friday August 16 at 8pm, hosted by Martin ‘Beanz’ Warde; and a variety of talks, including ‘A History Of Galway Pride’ (Tuesday 13, Teach Solais, 6.30pm ) with Nuala Ward and Cameron Keighron; and a mental health night (Wednesday 14, Teach Solais, 7pm ), with the co-ordinator of the LGBT Helpline Sean O’Monaghan and, again, Cameron Keighron.

'Pride will always be a protest, a way for us to come out, as a community, showing our support for one another, and creating a safe space for us'

There will also be smaller events including the bisexual, trans, queer, intersex, and asexual tea party (Thursday 15, The Secret Garden, William Street, 9pm ). “This is where people can just meet up, and it will be an alcohol free zone,” says Aoibhin. “It’s a nice safe space for everyone.” There will also be a candlelit vigil (William Street West, Wednesday 14, 9pm ). “This is to remember people we have lost from our community,” Aoibhin explains. There are also plans for a children’s event in the library and talks for parents.

As well as turning 30, this will also be a significant Pride in that it will be the first time the event will be bi-lingual. “We’re excited about this,” says Aoibhin. “Tuesday will be our Irish day, with a ‘pop up Gaeltacht’ in Teach Solais on Merchants Road throughout the day; and then a ‘Gaylí’ in Arus na Gael, that evening. It’ll be a céili but we’ll make it gay!; and we have an Irish panel discussion in Teach Solais at 5pm on the Wednesday.” 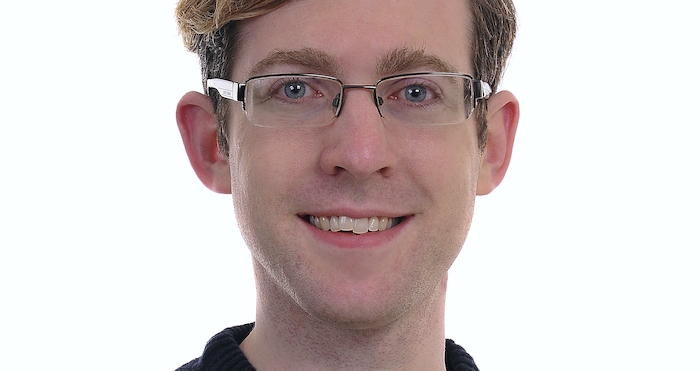 2019 has been a momentous year for the LGBT+ community in Galway, but also, more broadly, across Ireland. In May, Galway history was made with the election of the city’s first openly gay councillor in the Social Democrats Galway City East candidate Owen Hanley [pictured above]. “It was great,” says Aoibhin. “It was very moving, it was also a great step forward for the community. He’s also a Galway Pride committee member. He does great work for us.”

'We still need funding from the Government and HSE to have a secure centre. Teach Solais is such a vital part of our community'

In July, the DUP’s long standing blocking of equal marriage in Northern Ireland was ended, when MPs in Westminster voted by 383 to 73 in favour of finally extending same-sex marriage to the region, following a motion by Irish born, British Labour MP, Conor McGinn. The vote meant that, come October, equal marriage will apply across both jurisdictions in Ireland. “It was something we’ve been waiting for so long,” says Aoibhin. “It was great to see and it was important for us to see that for the LGBT+ community in the North. It took time, but it was worth.” 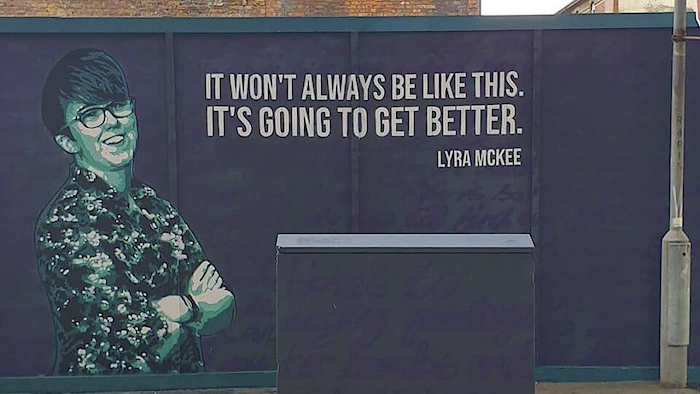 There was also tragedy though, when journalist Lyra McKee was fatally shot during rioting in Derry in April. Given Lyra was gay, LGBT+ people across Ireland mourned the death of “one of our own”. “When it is a member of your own community, it affects you,” says Aoibhin. “Even if you don’t know the person, they still were one of us, and so it was very hard for the community.”

The future of Teach Solais?

The Teach Solais LGBT Resource Centre on Merchants Road, is an essential port of call/safe space/meeting point for the community, but its future was placed in jeopardy earlier this year, after the HSE turned down an application from Teach Solais for funding to cover a full-time resource centre manager, an outreach worker for the county, and running costs of the centre. 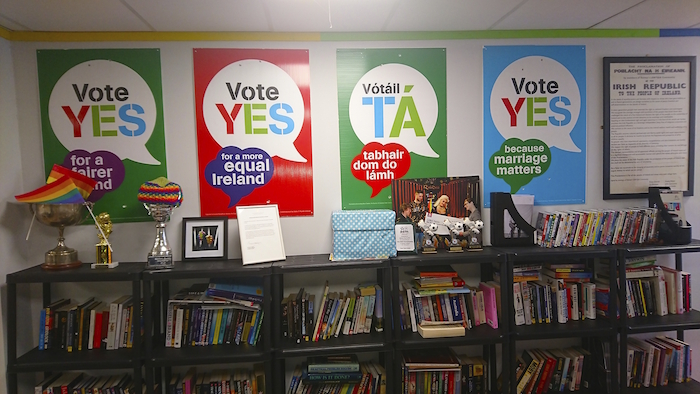 However, Galway gamer Casey Explosion ran a marathon gaming session in April, which was streamed online, and saw involvement from academics, journalists, and online personalities. It netted €4,750 for Teach Solais, and will allow the centre to remain open into 2020. The issue though, remains. "We still need funding from the Government and HSE to have a secure centre," says Aoibhin. "The centre is such a vital part of our community."

A key part of Pride is that it is a welcoming, inclusive festival. "We want everyone to feel welcome no matter how you identify," says Aoibhin, and she points out why Prided still matters greatly, even in a post-marriage equality Ireland.

“Pride will always be a protest," she declares, "a way for us to come out, as a community, showing our support for one another, and creating a safe space for us. It’s still very important for everyone to see that we are here, and that, while much has been achieved, there is still a long way to go, in terms of transgender healthcare rights, and there is still homophobia, and a need to still look at making LGBT+ more normalised, and showing that we are part of the community and that we have every right to be here.”

For more information on the festival see Galwaypride.com and Facebook.