SOME OF the world’s finest drummers are coming to Galway for the inaugural Galway Drum Show on Sunday March 10 at the Clayton Hotel, Ballybrit. The event is a day-long celebration of the art of drumming and the drumming industry and features live performances, demonstrations, exhibitors, workshops, and competitions.

The headline attraction at the Drum Show is Chad Wackerman, who was Frank Zappa’s drummer for seven years and has also played with Barbra Streisand and James Taylor. A phenomenally skilled jazz and rock drummer, Wackerman recorded 26 albums with Zappa; recorded six albums and undertook numerous tours with guitar legend Allan Holdsworth; and has released five acclaimed albums under his own name as a band leader and composer.

Wackerman's drumming combines the power and conviction of rock with the sensitivity and finesse of jazz. His playing is remarkably free of predictable patterns and licks, relying instead on invention and interplay with the musicians around him. If he is the Galway Drum Show’s star, the supporting cast is pretty hot as well: Adam Marcello [pictured below] is drummer and musical director for Katy Perry; Darren Beckett is a much-feted Irish jazz drummer who recently toured with Brian Ferry; and Dan Western has backed Belinda Carlisle, Jimmy Somerville, and Nick Heyward.

'There is such a community of drummers throughout the world that we can have our own festivals. I felt we could also have one in Ireland'

The Galway Drum Show is the brainchild of locally-based drummer John Tierney and he took some time out from the organisational whirl of it all to reveal how the event has come together. Originally from Kilkenny, Tierney has been playing drums since he was 14. He has played in many different bands, toured all around Ireland and played in Europe and America. In 2013, he opened the highly regarded Rhythm Drum School which provides its students with the opportunity to learn to play or improve their drum skills, offering lessons for beginners, improvers, and also experienced drummer, who may wish to learn a new style. 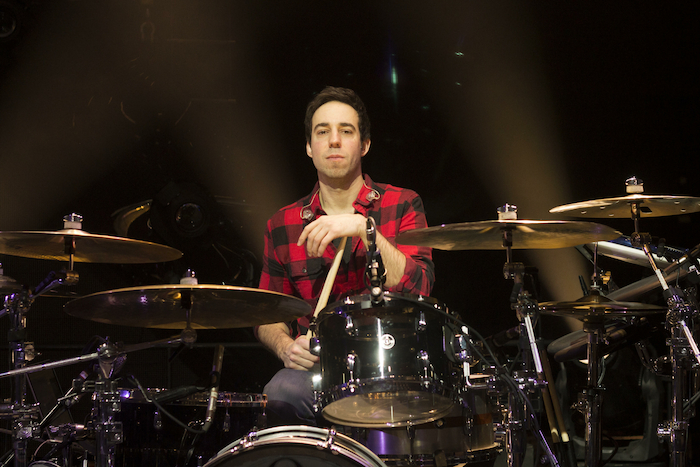 “I have such a wide variety of students,” Tierney says of the school. “A lot of professional drummers come to me who want to learn new techniques, or read drum charts, or sit exams and I can teach them all the way up to diploma level. I teach all the different styles of drumming and percussion including rock, pop, Latin, jazz, R&B, metal and samba.”

Tierney reveals that the drum show has been a long cherished ambition. “I’ve always had the idea of doing a drum show in Galway, though for a long time it seemed an impossibility as we’ve never had one here before," he says. "I have travelled overseas and attended drum shows in America, the UK, and Europe. There is such a community of drummers throughout the world that we can have our own festivals. I felt we could also have one in Ireland; the bodhrán is known all over the world so why not have a celebration of drumming that would include our own traditions as well as world percussion and drum kits?

"The good thing about drummers is they love to play and we have an untapped market here so people wanted to come to Ireland to play, especially to the west of Ireland and Galway. I wanted to establish Galway as a viable venue for an international drum show and the idea has been really well received. Our headline artist, Chad Wackerman, his partner is an O’Shaughnessy with Galway roots and they are both going to have a holiday here so she can research her roots. He was very excited about coming to Ireland and he has never done a gig like this in Ireland or the UK. The minute people heard Chad was coming, everybody else wanted to get on the bandwagon and come too, so all we had to do was sort out the logistics.” 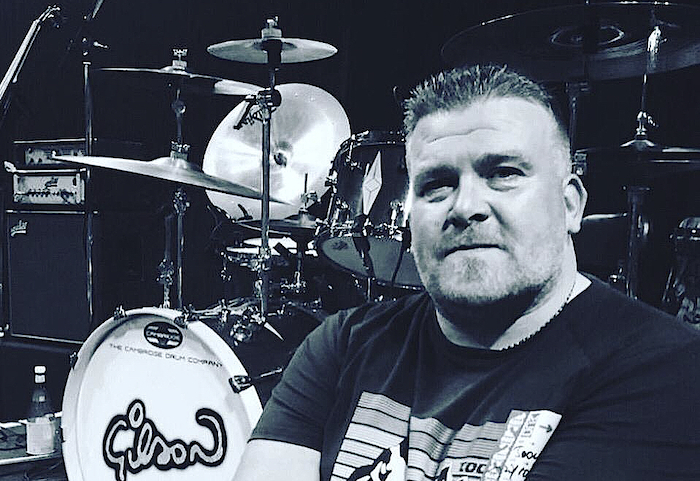 Those logistics entail considerable expense, as Tierney [pictued above] admits: “The event is very costly. We wanted to get a lot of famous drummers for this first year of the festival to start at a high level and make sure it was a success. A lot of drum companies have contributed to the show but of course we are still dependent on the box office and ticket sales. I’ve had a lot of help from drummers and musicians that I know; there has been tremendous goodwill toward the event.”

'Some of the biggest companies in the world are coming to Galway to show their wares. It’s a great chance to get face-to-face with some of the industry's market leaders'

Already drum enthusiasts from near and far are booking their trips to Galway for the event, as Tierney notes with satisfaction. “Because Chad is world famous and has not done a show here before there are people coming from the UK, France, Holland, and elsewhere," he says. "Many of them are making a weekend of it and so contributing to the local economy.” 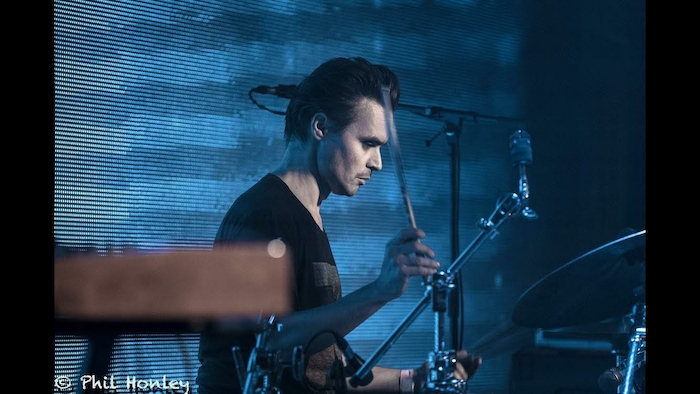 Among the day’s attractions are the ‘experience rooms’, which will host an array of demonstrations, master classes, and discussions covering every aspect of playing drums. “There is lots of drum equipment and gear on show that people can come up and look at and play,” Tierney points out. “It’ll be like candyland for young musicians. We have lots of prime kits there from Yamaha, Roland, and others. Some of the biggest companies in the world are coming to Galway to show their wares. It’s a great chance to get face-to-face with some of the industry's market leaders. From international brands to bespoke drum makers, the Galway Drum Show will offer a great day of insight into the world of drumming.”

Also taking place on the day are the finals of the Irish Young Drummer of the Year 2019 competition. This is a unique experience for talented young drummers in Ireland to test their skills among peers, and have a chance to win a custom-made snare from Cambridge Drum Company. The contest is being sponsored by Trinity College London, Cambridge Drum Company, Rhythm Drum School, and the Vic Firth Company. Those eager to enter the contest can download an entry form from www.thegalwaydrumshow.com/irish-young-drummer-comp

Galway Drum Show 2019 tickets are now available to buy from www.eventbrite.com Tickets are priced at €20 per person. Family tickets cost €45 for two adults and three children. All tickets provides full access to the event from 10am to 5.30pm.

John Tierney and his team are to be applauded (or perhaps given a 21-drum salute? ) for pulling together this rousing showcase event which shows every promise of becoming the latest eagerly-awaited fixture in Galway’s lively festival calendar.