From the depths of Panamanian jail and the beauty of Scottish highlands to the colours of Madagascar and the mystic of Libertalia, Uncharted 4: A Thief's End takes the gamer on a wonderful adventure as Nathan (Nate ) Drake finally calls it quits on his swashbuckling, treasure hunting, escapades.

Following the events of the previous edition Uncharted 3: Drake's Deception, Nate has retired to a normal life with his journalist wife Elena and taken up employment with a salvage company in New Orleans for his boss Jameson. But Nate finds himself having to come out of retirement after his brother Samuel (Sam ) Drake, whom he presumed dead, resurfaces and requests Nate's help to find the long lost treasure of pirate Henry Avery, in order to pay off a debt to drug lord Hector Alcazar, and of course, Nate, through an obligation of sibling love and guilt for leaving his brother in jail for 15 years, reluctantly agrees. 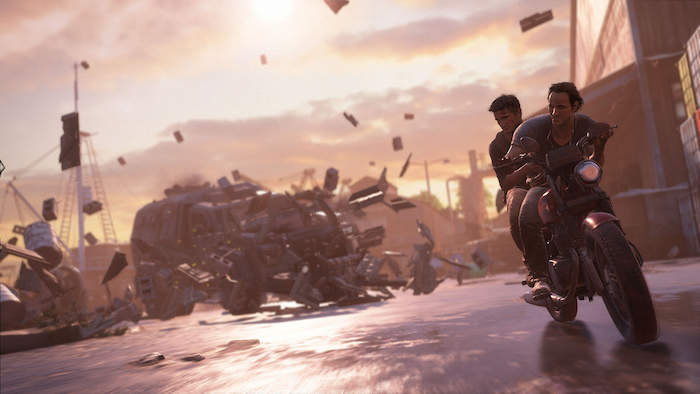 So what about the gamer experience?

What I really enjoyed about the game was the graphics. Visually the game is truly astonishing, making it perfect for any HD screen. Players are also challenged with numerous mental tasks and a variety of different weapons, with enemies very accurate when it comes to hitting their target - you. Another impressive part to Uncharted 4 is the steep gravel paths which send Nate flying against cliff faces and waterfalls (in spite of how unrealistic this is. Remember it is a game ).

What creators Naughty Dog have really improved is the help you receive from fellow explorers. Its mega-hit The Last Of Us saw co-character Ellie running around in front of enemies not triggering their attention whereas in Uncharted 4, your companions, Sam, Victor (Sully ) Sullivan, and Nate's wife, Elena, will crouch down and hide when enemies are nearby. The AI of these fellow adventurers has been very much improved with all three able to take out numerous enemies. 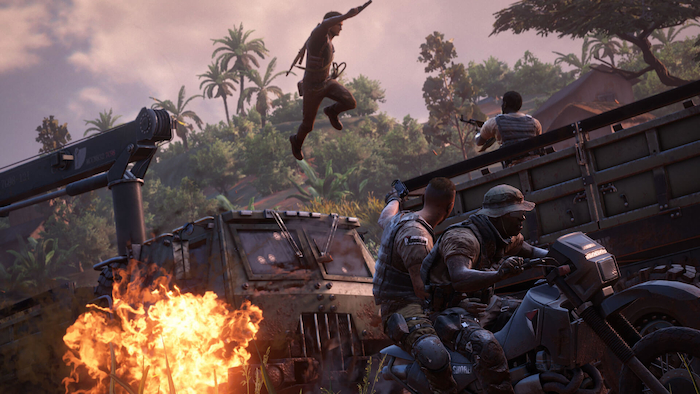 What I did not like about the game is its movie orientated approach. For a 15 hour long playing experience, for much of the game, particularly in the first three hours, it feels the player is just watching the game as opposed to taking part. The maps are 10 times the size of other Uncharted games but, despite being able to explore the terrain, players will find that there is not that much more to do. An irritating part of the game is Shoreline - the mercenary company run by Nadine Ross, is supposedly from South Africa but has arguably the worst South African accents one could hear in any form of media - they truly are bad 'bru'.

The game controls are very receptive and do challenge the player, with constant use of both PlayStation 4 joysticks. However, until you get used to this, the game can be horrendously frustrating and a great turn off.

Overall Uncharted 4: A Thief's End was an entertaining game which will challenge players once the action gets going and you can start to play.