Padraig Stevens and Leo Moran are about to launch their terrific new album, News From The Old Country.The product of a year’s work in the studio, and boasting contributions from The Whileaways, Pauline Scanlon and Mairtín O’Connor, it is a glowing affirmation of Stevens’ unique gifts as a songwriter and warm singer.

The album's 14 tracks comprise affectionate, vivid, and tuneful celebrations of the rhythms, rituals, and colourful characters of rural life, but amid its sunshine, it also acknowledges the darkness of the world it fondly views and largely celebrates.

On Monday, Padraig and Leo met with me to chat about their long acquaintance and the new album. I began by asking Padraig, who looks enviably spry and fresh-faced for a fella aged 72, what was it took him from his north Sligo birthplace to Tuam - the town with which he is musically wedded - and if music was in the family as he grew up.

“I was about 13 when the family moved from Grange where we lived to Tuam,” he tells me. “It was when my mam got a job as a teacher after the teaching ban was rescinded. My father was from Corofin but moved to Sligo when they got married. My dad had played a bit of music as a young man, but by the time I came along he was actively discouraging me from playing so there was no music in the house except on the radio.”

Thankfully, Stevens senior’s discouragement fell on deaf ears and Padraig began making his way in music with his first band, The Problems, in Tuam as a teenager in the mid-1960s, but it took a leap of well over a decade before the Stevens musical story got real traction when he managed the short-lived but blistering Tuam punk group Blaze X. It was during this phase in his life that Padraig and Leo Moran’s paths first crossed.

“It was at a rehearsal for Blaze X in 1979,” Leo recalls. “I knew them from school though they were a bit older than me. They were brilliant, I couldn’t believe it – Davey Carton was one of their songwriters. I couldn’t believe this was happening in Tuam and that it was so good, and Padraig was there as well giving them a hand to set up. He was their manager. I was about 14, Padraig was very old then – he must have been 30! From there I used to give the lads a hand when their single came out, addressing letters on the mail order, and so on.” 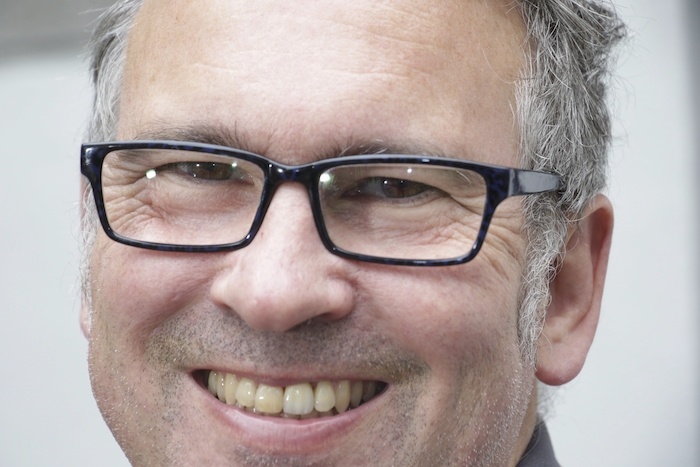 It was a few years later that Padraig and Leo’s musical collaboration commenced in earnest; “Leo was playing guitar in his house and I’d already been writing songs for about five years at that point,” Padraig tells me. “I’d go to visit his house because it was a party house and I used be invited to play a song. Back then Leo was in Too Much For The Whiteman and I was based in London and thinking of moving back. Leo said they were starting The Saw Doctors and would I play drums so I said ‘Yes’ and that was when we started playing together.”

The Saw Doctors’ story has been told well and often, so skipping beyond that to how News From The Old Country came about, it can all be traced back to Davy Carton’s vocal chords breaking down in 2016. With the Docs sidelined, Leo did a string of club-level gigs with The Waterboys' Anto Thistlewaite.

“The experience I had with Anto opened up a whole new vista of venues,” Leo explains. “These were all venues where people would come and really listen to the songs. It struck me very early on that it would be lovely to get Padraig’s songs into this arena because he has so many great songs people haven’t heard and they can be heard in these situations. So it was in my mind that Padraig and I could do a few gigs together and then we did, and we found when we went beyond the border of Connacht nobody knew what material we were doing, so we realised we should record something as a way of sending out the posse ahead of us, so we could do more gigs and that’s how the album came about.”

'Everyone has had some experience of St Anthony; if not themselves then their granny or someone in the family'

The album abounds with great songs, richly realised in Leo, Padraig and Ken Ralph’s production from Tuam’s Sun Street Studio. Opening track and flagship single, ‘A Prayer to St Anthony’, humorously celebrates the saint who helps supplicants find things they are in search of. “Everyone has had some experience of St Anthony; if not themselves then their granny or someone in the family,” Padraig observes. “There was a man giving us a hand with our gear recently and he was house-hunting at the time and, as a joke, he decided to ask St Anthony’s help and the phone rang a few minutes later and he got a house. He was a bit freaked out by it!”

Another gem is ‘Sonny Curley’s Bus’ which celebrates a vehicle that, as the song details, took children to school, punters to gigs, and animals to markets. “Sonny was the nicest human being you could meet,” Padraig recalls. “He was from Rusheens, between Tuam and Galway. I was talking to his daughter last year and she suggested it would be a good idea to write a song about him and it wrote itself after that. He isn’t alive anymore but his widow is, in her late nineties, and she loves the song.” 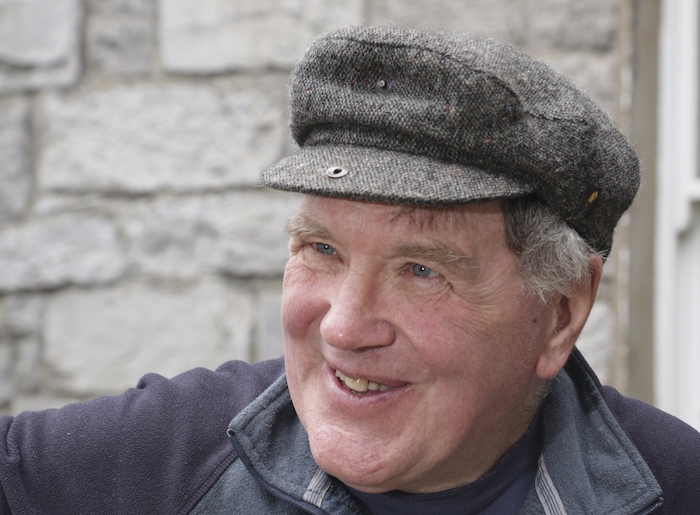 Other joys are the twangy, toe-tapping, ‘Down Dere For Dancing’ which includes the lyric ‘country music full of soul’ five words that sum up the whole album. Another treasure is ‘The Murmuring’ which glories in describing a flock of starlings and notes how ‘the birds in the sky/sing in praise of this evening’

Alongside the album’s joyous celebration of country living there is also ‘Lull’ which starts off as an ode to an evening seaside walk but ends up evoking a suicide, and ‘We Stood Aside In Silence’ which powerfully recreates a view of orphan children walking through Tuam ‘Raggedy all raggedy raggedy/Raggedy here they come/We stood aside in silence as they passed/The jostling, the slagging, the sucking of toffee stopped/And we stepped back off the pavement’

“That song describes what I saw as a schoolboy going to Tuam from the country,” Padraig tells me. “We’d watch this crocodile line of little kids being escorted down the street and it was a shocking thing to see. The idea of ‘Lull’ is that it would lull the listener until the very end when the dark thing happens.”

It has been 14 years since Padraig’s last album, Puddles and Rainbows, but it seems that, like buses, now that one finally comes along, another is right behind. “Padraig has written another album since we started this one,” Leo reveals. “It’s almost done already, I call it Padraig’s Nebraska and I suggested to him that he call it Here’s One I Prepared Earlier. He recorded it in his home and it has a different sound to this one and I think that could come out soon, maybe in the winter.”

Padraig Stevens and Leo Moran will launch News From The Old Country with a gig in Campbell’s Tavern, Cloughanover, tomorrow, Friday, June 22. Tickets are €15. The duo are also hinting they will play Galway city in the autumn, maybe September.