From panel beater and mechanic, to a boxer, and now a pole dancer subverting perceptions of what pole dancing is, while at the same time running her own fitness and dance classes, Racheal Palmer is a woman who does not believe boundaries are there to stop her, instead they are challenges to be overcome.

“If someone tells me I can’t do something, I’ll find a way to prove them wrong,” Racheal tells me during our Monday morning interview. “I’m stubborn like that. I think it probably comes from growing up with a single mother.”

Under her stage name Chrome Doll, Rachael has performed as a pole dancer at The Dirty Circus cabaret and burlesque nights and at the LGBT+ clubnight, Club GASS. She also runs The Pole Garage, where she teaches pole dancing, as well as regular dance and fitness classes, while also being a busy mum of two young children.

Racheal is originally from Dublin - “From Finglas, posh part!” she says - but moved to Galway with her mother in the 1990s, and her experiences as an outsider in Galway, and the child of a single mother, have strongly shaped who she is today. “I think it’s made me a humble person,” she says. “When I moved to Galway, I did make friends, but I also felt I stuck out a bit. I wore a lot of jewellery - it was the fashion at the time in Dublin, but not in Galway - and people used to think I was a Traveller. I didn’t come from a privileged background. Where I lived in Dublin was a very disadvantaged area. I would see a lot of depravation and drug taking, I saw people dying of overdoses. Experiencing that has kept me grounded. It’s taught me not to look down on anybody, and it’s helped me connect with people from all different kinds of backgrounds.” 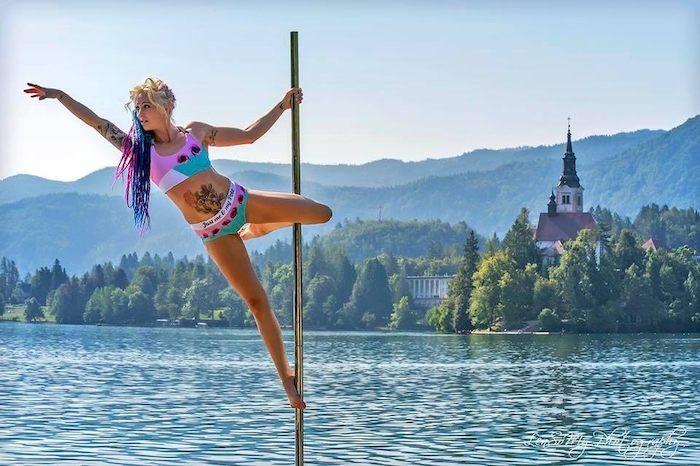 Racheal’s interest in mechanics came via a cousin who loved anything to do with cars and a former boyfriend who was into motorbikes (“I would watch him fix his bike and I would help him,” she says ). She also felt little attraction for jobs that were considered ‘the norm’ for women. She studied panel beating, mechanics, and welding at the Galway Community Workshop. “Johnny Nevin was my instructor, a very patient man,” she says.

“What I liked about panel beating was that you could see the the results of what you were doing right in front of you,” she says. “I was fixing cracks on bumpers, cracks on car bodies, I would also be spray waiting and polishing cars as well. When I started working in a garage, there were some surprised looks, some smirks, but in the end, people were very supportive and helpful. Working as a panel beater from 16 until I was 29, taught me that anything is possible.”

'I’ve always been a feminist inside. I believe that if a man can do it, then I, and other women, can do it as well'

Nonetheless Racheal felt it was time for a change. By this stage she had tried a couple of classes in pole dancing, and for a year, boxing took over. “I did it for a year straight,” she said, “ and had three fights. Didn’t win the first one, but I won the second fight. The third took place in Castlerea, against a title holder. That was the most enjoyable, as she was an experienced fighter. It was a very technical fight. I still have my boxing gloves, and have a punchbag out the back. It’s the only sport on the telly I’ll watch if there is sport on.” 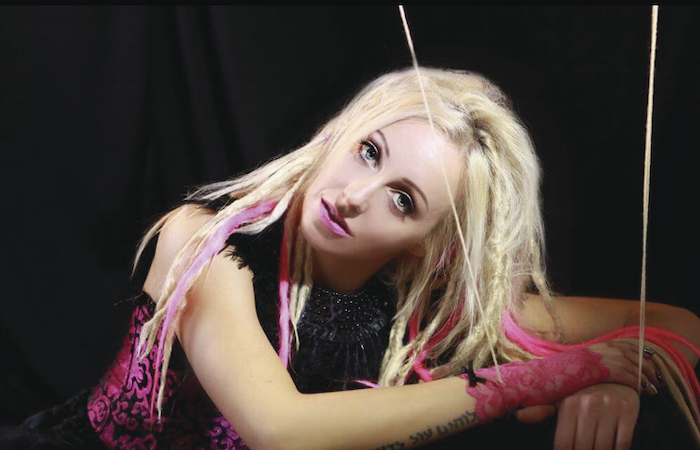 As ever Rachael was on for a new challenge. It was also the time of the recession, she was a mum of two, and work in the mechanics trade was proving scarce. Pole dancing might not seem the most obvious path in this circumstance to follow, but it proved an inspired choice.

“When I do something I do it ‘all or nothing’,” says Racheal. “I began to go to classes again and decided to stick with it as I really enjoyed it. I’ve always been a feminist inside. I’ve always believed that boys shouldn’t be on one side of the room, and girls on the other, we should be mixed. I’m not traditional and I believe that if a man can do it, then I, and other women, can do it as well.”

Over the last two years Racheal has built a reputation as an astonishing, and accomplished, pole dancer, while also operating her own business, running various classes in fitness and different styles of dance in The Pole Garage, located on the Tuam Road. So what is the attraction for her of this kind of dance? “It’s a way to switch your mind off,” she says. “If you feel sad, happy, or annoyed you can dance your emotions away. It’s a good stress reliever.”

Pole dancing is most associated with strip joints and lap dancing clubs, with the exploitation and objectification of women, but Racheal is one of a number of performers who is subverting the form, and reclaiming it as a means of self-expression for women, and female empowerment - hence the performances at The Dirty Circus, which attracts a predominantly female audience, and by running the pole dancing classes, which allow women the chance to try this for its own sake, in a space free from the male gaze.

“It’s about reclaiming pole dancing, it’s about female empowerment, it’s about pole dancing as an art form,” says Racheal. “It’s about showing that there is far more than just one side to it. There is a sexy side to it as well, but we’re not doing this for a strip club. There is something sexy and empowering for women to get in touch with their bodies. At the classes, nobody is comparing body shapes or types, as there are all types taking part, and there is a lot of mutual support and encouragement.” 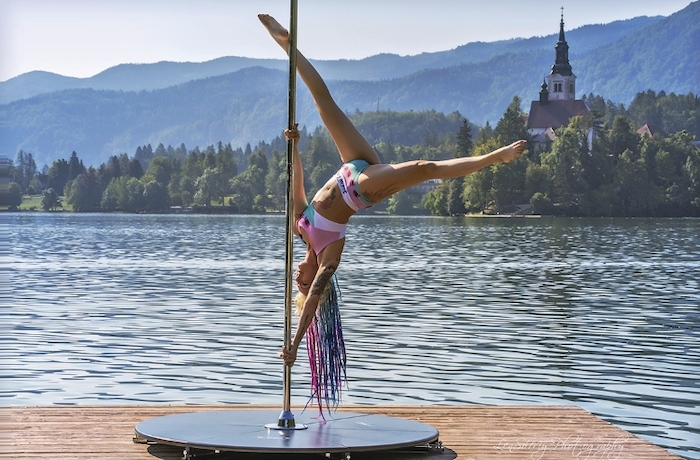 Pole dancing also requires a high level of fitness. “I teach 16 classes a week, and every day I’m prepping for them, five hours on the pole every day, Mondays to Saturdays,” she says. In performance, Racheal displays extraordinary agility, twirling around, high upon the pole, sometimes with no more than the flex of a muscle keeping her in place. “There is a lot of technique and muscle memory building involved,” she says.

How does she counteract the effects of dizziness and hanging upside down at certain points in a performance? “You have to get used to it,” she says, “but there is a lot of discipline involved. You can’t drink or eat a heavy meal before going on stage. There are also tricks. If you’re spinning around, you need to pick a point on the pole and look at that, to counteract the dizziness. You can’t stop the dizziness, but there are tricks to slow it down.”

Rachael and The Pole Garage is now the subject of a documentary, Pole Artists, made by Eleanor Arrowsmith, a former participant of Racheal’s classes. It will be screened in The Eye Cinema, Wellpark, on Saturday June 9 at 10am. “It’s about me, about the Pole Garage, about the women who come to the classes,” says Racheal. “I’ve already seen it and I was gobsmacked at how well it was put together. I got quite emotional watching it.”