Galway’s character is defined by the currents and tides of river and sea and by the constant hum and variety of human activity all along those waters. Among the many ships and vessels, large and small, leisure and commercial, that ply those eddies, surely one of the most important is the RNLI Galway Lifeboat which operates out of its station on New Docks.

On Monday afternoon, I called into the station to chat with Mike Swan about the vital work the lifeboat and its crew does across the reach of Galway Bay. I began by asking how he himself became part of the team. “When I was young my father was always helping out with funding in Galway, doing collection boxes around the bars and so on," he says. "Back then the fundraising was for the lifeboat on the Aran Islands, there was no station here in Galway. It was in 1995 that Pat Lavelle got the station started here in Galway and I joined in 1997. I’d been away working at sea and came back and joined up and have been here ever since. I started off as a crew member, then worked my way up to helm and ended up as manager in 2008. We’re all volunteers here so it’s a real community feeling. The lifeboat is part of Galway.”

Mike describes the crew composition and training; “You come in as a probationary crew member and it can take three or four years to work your way up to being a crew member, five years to be a good one. During that period you’ll also be sent away for a week to the RNLI College in Poole, in Dorset, to do an intense training course. We also do a lot of training in-house here each week; Ian O’Gorman is our training officer.

"To begin with everyone has to be able to swim and be good on boats. You might be good at different kinds of boats but this is a specific type of boat. You have to start at the beginning and progress from there. We have people with different backgrounds as part of the crew; local fishermen, people engaged with diving and sailing. Over the years we’ve had one or two with no background in boats but came on board and went on to be helms. We have a crew of 28 altogether and seven or eight of those are firemen. It’s good to have the variety we do; different call outs might need different reactions, you could have a yacht in trouble and we’d have people here who are knowledgeable about yachts. We also have a lot of people here with good first aid skills. Olivia Byrne, who is a district nurse, would do a lot of training here around that.”

So much for the personnel, what of the craft? “Our boat is an Atlantic 85 B Class Lifeboat,” Mike tells me. “The 85 is a big, durable, boat, which we received in 2011. It cost €244,000 and is named ‘Binny’ after the donor who paid for it. It’s much bigger than the boat we had before and it takes four crew whereas our previous boat had three. The navigational equipment is different; we have radar, directional finders, echo sounders, VHF radio, there are intercom systems on the crew’s helmets. The engines are Yamaha 115s and can do a speed of 34 knots. It’s a much better and more responsive boat than the previous model and it is purpose built for our bay.”

The RNLI relies entirely on donations for its running costs. Mike outlines the level of expenses involved; “We’re really lucky in Galway in that our team raises €70-75,000 per year. Every penny raised in Ireland stays in Ireland and then money is sent from RNLI in England to top up the service. Every time our boat goes out on a call costs about €3,500 and we do over 30 call-outs a year. The Aran Islands boat costs €5/6,000 for each call out. It’s a costly business. As volunteers you can’t let down your guard; everything has to be 110 per cent always. The equipment has to be kept up to date and in top shape, you can’t say with a life-jacket ‘It’s fine, sure wasn’t it fine last month?’ That’s not good enough; the gear has to be 110 per cent always.” 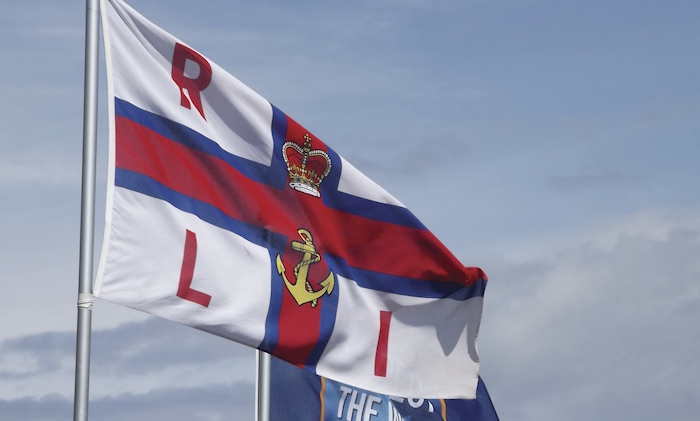 While search and rescue missions have long been the lifeboat’s principal business, in recent years the RNLI has increasingly found itself on ‘search and recovery’ service. Mike describes how they have responded to this challenge; “We first initiated with the coastguard a 21-day programme So within that time frame the chances of finding a casualty are pretty good if you use the tides and winds and get out as many boats and shore parties as possible. However, there are different agencies working in this area - Fire Brigade, guards, Civil Defence, the helicopter, ambulance, coastal search unit - and it hadn’t really been looked at as to how they could work together as a team.

"We have quite a few calls with the river for instance and to get emergency services out to the riverbank in time it all depends on where the call went to – which service did the caller to 112 ask for. The faster we get services there the better it is. We found it was very hard to get all the services going at the same time. So maybe the Fire Brigade would be called first and we wouldn’t be alerted for another 10 or 15 minutes, so the response timeline wasn’t great. We now have a multi-agency group headed by the guards and Superintendent Kevin Gately. We have meetings as a group and discuss the issues and how things can be improved, and we’ve got the typical response timeline down from half an hour to a matter of minutes. We’re working as a bigger team and that’s working really well. I do think the whole 112/999 system needs to be revisited or tweaked but we’re making great advances in Galway. 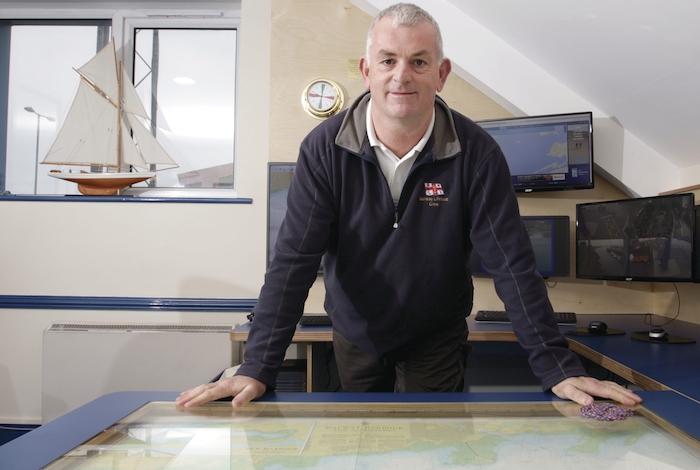 “If someone enters the river we have two danbuoys with tracking system and the Fire Brigade has one as well. They can deploy that in the river in less than two minutes. It will go down the river mimicking how a person will go down and we can track that buoy from here, and we then know exactly where to send the boat and which area to search. We’re also looking at putting thermal cameras on the river, one to be situated on the harbour office and the other one close to Fisheries Tower. They would be monitored and if anyone goes into the water it’d be easier to track them. With ‘search and recovery’ we’re here to say to the families we will do our best for you, and we can show them exactly what is happening with a search, and which areas are being searched and the family can feel that we’re really trying to help and in a very organised way.”

Galway can be very grateful to Mike Swan and the men and women of the RNLI for their selfless and tireless work, their many acts of both rescue and recovery.

The month of May is the chief fundraising period for the RNLI and on Saturday May 5, there will be a ‘Mayday’ collection at Galway Shopping Centre throughout the day. This Saturday afternoon [April 28] there will also be an RNLI fundraiser as part of an anniversary gathering in honour of Tiernán Archer around Spanish Arch.