Among the many fine writers coming to Galway for the Cúirt International Festival of Literature is Mexican novelist Juan Pablo Villalobos. The author of three bitingly funny books, Down The Rabbit Hole, Quesadillas, and I’ll Sell You A Dog, he delivers sharply satirical, sometimes surreal, depictions of Mexico’s political and economic instability and inequity, and its crime problems.

Ahead of his Galway visit Juan Pabo spoke with me from his Barcelona home and I began by asking about his early life in Lagos de Moreno, a town which he mercilessly lampoons in Quesadillas.

"I used to say my novels are made of 10 per cent autobiographical issues, 10 per cent of historical/economical/political/social issues, and 90 per cent fiction – I know that adds up to more than 100 per cent but this is literature not mathematics,” he replies, wryly. “With regard to Quesadillas, I grew up in Lagos de Moreno. My father was a doctor and my mother was taking care of us. There are a lot of similarities between the family in the book and mine. For example, I had an older brother I used to have a lot of problems with, like Oreo does with Aristotle in the novel.

"All the political and historical context of the 1980s in my hometown and in Mexico as shown in the book is real – the economic crisis with devaluation, inflation, etc. I remember my father used to go shopping one day before the prices would rise, like an emergency shop; the supermarkets and gas stations would be full of people panic buying. The father in Quesadillas is not just like my father, he is like everybody’s father for those who were born in the 1960s and 1970s. 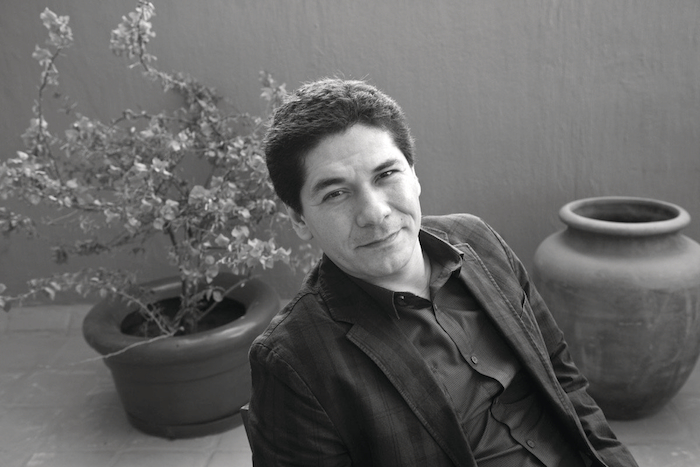 "This generation of fathers were very disappointed with the politics of the time and the economic situation but they didn’t do anything to improve things. They just kept complaining and complaining – that’s why one of the chapters is called 'Professional Insulters' because that’s what these fathers were. They didn’t organise to change things. I wanted to reflect on this and how my generation was educated through all these insults and complaining. We are the sons of these fathers.”

Prior to becoming a professional writer, Villalobos worked in marketing. “I worked in marketing research for about 11 years,” he recalls. “I didn’t like it that much and when I published Down The Rabbit Hole it brought some success, so I took advantage of that to quit marketing and to make a living from writing. What I like about Mazatzin, the tutor in that book, is he sets up an opposition between culture and the criminal world.

"In all of my novels this opposition is important; some characters are from the literary or cultural sphere and they are fighting or living with some other character who is from the criminal or commercial world. My new novel, which will be published in English next year, also has that opposition. I am interested in this because in Mexico, the place of education and culture in society is not recognised. It’s deemed important to achieve success in the professional world and be rich, but it’s not important to have culture and an education. There is something very deep about Mexico and our reality in that opposition between culture and the criminal world.”

I enquire what prompted Juan Pablo to relocate to Barcelona. “I left Mexico 15 years ago to do a PhD in Barcelona in literature,” he tells me. “Then I met my wife and we had two kids and I stayed here. I didn’t leave because of political or social reasons, it was just personal circumstances. I go back to Mexico often and I keep in touch with Mexican news and politics through friends and family. My next novel is my first one set outside Mexico, and it’s my first time writing from my actual perspective as a Mexican living abroad. It’s about a Mexican living in Barcelona and it’s about the city and immigration.

"My first three novels are very Mexican, not just because of their subjects and characters but also because of the language. They are written in Mexican Spanish whereas my new novel is not written just in that, but also in the Spanish from Barcelona, Argentina, Chile, Peru. Its title in Spanish is I Won’t Expect Anyone To Believe Me but that might change in the English version.” 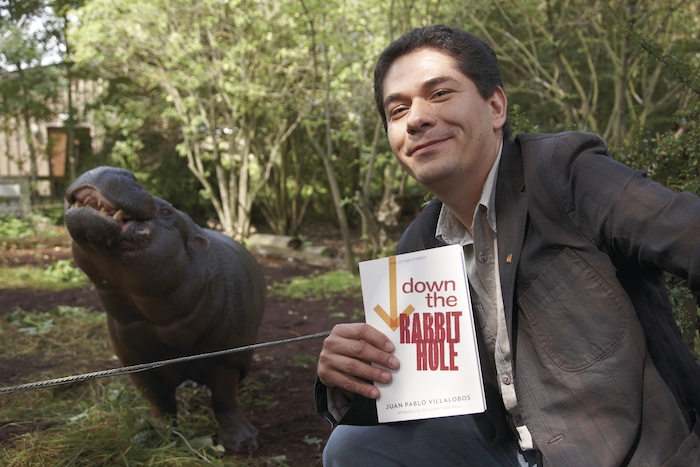 Down the Rabbit Hole is narrated by Tochtli, the young son of a crime lord who lives in total isolation in a jungle palace. The characters all have Aztec names rather than Hispanic ones, and they are all named after animals. “When I was writing the book I used to imagine it as a comic for kids, like a fable, like a child’s book for adults,” Juan Pablo reveals. “I imagined the characters as animals; Tochtli is rabbit, Mazatzin is deer, and Yolcaut, Tochtli’s father, is a rattlesnake. They have animal traits also; the snake is a threat to the kid, the rabbit is smart, mazatzin is a victim; he is innocent like a deer. I would love to have the book adapted as a graphic novel.”

Last year, Juan Pablo published a hilarious article on lithub.com suggesting how Mexicans might actually build Trump’s infamous border wall, but, joking aside, how does he view this thorny issue?

“I always try to deal with serious issues with humour,” he states. “In all my books there are tragic and terrible issues like violence, inequity, injustice, and I deal with them with humour. I also try to do that in thinking about Trump and what’s happening with immigration from Central America and Mexico to the United States, but the truth is we are in a terrible position now, in particular the immigration, it is a humanitarian crisis.

"This year I am putting out a book of short stories called I Have A Dream. It is a book of testimonies from young immigrants from El Salvador, Honduras, Guatemala. I interviewed 10 boys and 10 girls from these countries who are now living in the US and who had made the trip there by themselves, alone, as minors, enduring terrible conditions and escaping terrible situations. I interviewed them, then used their testimonies as the basis of the book. I am very worried about what is happening now in the US with these kids because the Trump administration is totally unsympathetic to their situation and the conditions in their home countries are terrible. There is violence and famine and gang warfare. It is at the level of what is happening in Syria or Somalia.” 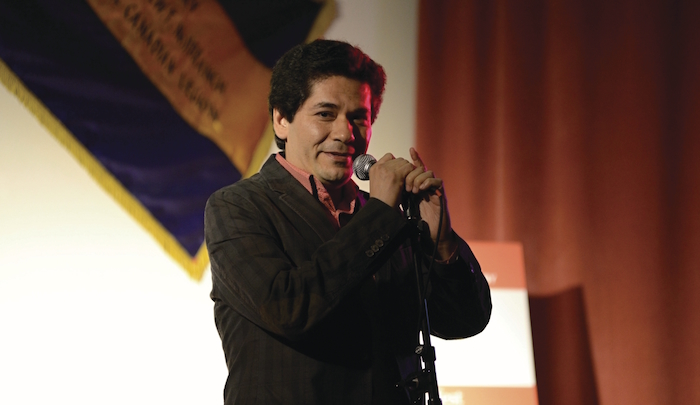 All three of Villalobos’s novels in English have been translated by Rosalind Harvey and he concludes our interview by saluting her work. “Rosalind makes a beautiful job with my books," he says. "I am really happy with her translations. We work closely together; I use a lot of slang and it’s difficult for her to understand that sometimes, so we would talk a lot on Skype and we’ve also become friends. She has to translate, not just the words, but the spirit of the book, and that can be really difficult.

"Sometimes we have to change things to be more understandable to the English reader, for example in I’ll Sell You A Dog we made a lot of changes, including a bit of the plot. In the original version the book club are reading a book by Fernando del Paso called News From The Empire which is like a beautiful secret of Mexican literature. It is a huge book with many pages and the book has to be used as a weapon at some point in the story. For English readers, I felt they might not know this book so we changed it to Proust’s In Search of Lost Time. When we did I found it was a better choice because the title of Lost Time related to the old people in the book club and the dialogue around it worked very well. Maybe in the next Spanish edition of the novel I will use Proust!”

Juan Pablo Villalobos will read alongside Patrick McCabe on Friday April 27 at 8pm in the Town Hall Theatre as part of the Cúirt International Festival of Literature. See cuirt.ie Read the Lithubarticle at https://lithub.com/juan-pablo-villalobos-volunteers-the-nation-of-mexico-to-build-trumps-wall/