He has also been read from the pulpit, was instrumental in energising the west end of the city and, over 40 years after he first came to Galway, remains as committed and energetic a social activist as ever. Brendan ‘Speedie’ Smith has certainly had a full and eventful life. Over a Saturday afternoon coffee, he shared with me some of its memorable episodes and discussed the causes which still fire his passions.

I began by asking Speedie what planted the seeds of his social activism; “NUIG was a great breeding ground for activity, be it in the arts, politics or community,” he replies. “When I came to Galway in the late 1970s, multinationals like Digital, Thermoking, and Northern Telecom were employing young people and NUIG and the RTC were growing, so I came to a city where youth was in the majority and there was a lot happening. The seed was planted then that young people could make a difference. I also come from Carrickmacross, near the Border, and seeing what was happening in the North also had an influence. My family on both sides were involved in the Land Wars and the War of Independence and Civil War so there was that thing as well.” 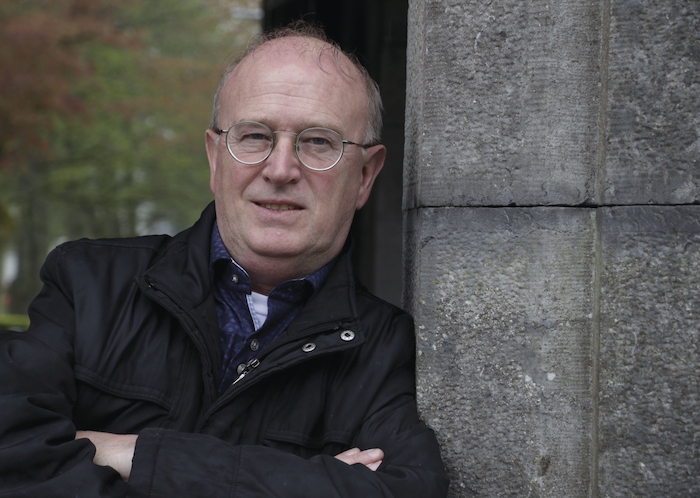 Speedie first made waves as president of the NUIG Students' Union when he championed GaySoc and also made condoms (then illegal ) available on campus. “We had to apply to the college’s governing body to set up GaySoc and the hierarchy went ballistic,” he recalls. “There were four bishops sitting on the board so the college didn’t want them to even know there was an attempt afoot to set up Gaysoc and they stopped the application at sub-committee level. But we set up the society anyway.

"We were also very much frowned on when we introduced condoms to the university on Valentine’s Day 1981; a lot of my clerical friends on campus ignored me after that. You were persona non grata for pushing issues of social change especially when they were to do with sexuality. We also organised the Ballot Box Campaign. Most general elections took place during college term so lots of students were unable to get home to vote and were thus being disenfranchised. We wanted students to be able to vote in the constituency where they were studying.

'Technology is good but our physical and mental health is important...In our house we have a digital detox every evening where the computers and smart devices go off after seven'

"In 1981 we brought our case to the electoral court and lost, we went to the district court and lost. Then we took it to the circuit court and the judge there took our side because he pointed out that he himself was registered in three constituencies so he said that was fine as long as you only vote once. The Government then threatened to go to the Supreme Court because they feared all these students could tip the balance in key constituencies. We threatened to stop the impending general election and they backed down. That was the greatest victory the student union movement had ever won. That election was also the first time Michael D Higgins got elected as a TD and the youth vote definitely helped him.” 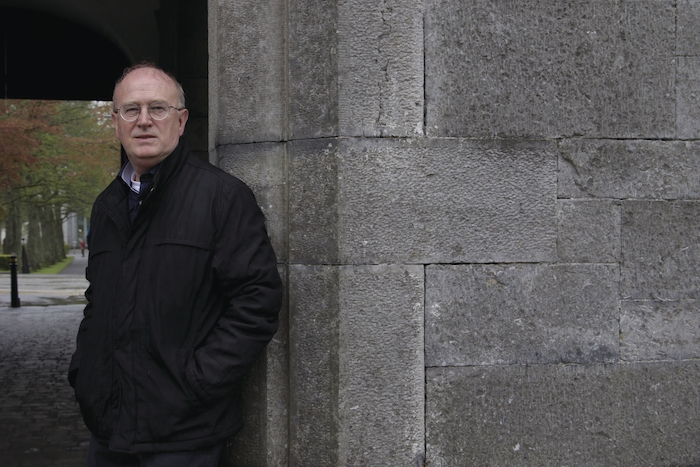 Speedie wanted to be a teacher after graduating but it was not to be: “I did the HDip but couldn’t get a teaching job because I was considered a troublemaker as a student union radical leader. I was thinking of emigrating but then I fell in love with a local girl, Cepta Mannion, who’s now my wife, and I decided to stay.”

Despite having no qualification in computers he found himself working in this field, winning in 1982 the inaugural 'Apple Salesman of the Year in Ireland Award' followed soon after by co-founding the software company Genesis. “Computers are just a tool so I upskilled myself in that area,” he says, matter of factly.

In 1990 another colourful episode in the Speedie story began when he moved into bar management with Monroe's, making it Galway’s first seven-day music venue, before later unveiling the iconic Róisín Dubh. He also decided to make condoms (still illegal ) available on his premises which caused a huge public furore.

“It was on Valentines Day 1992 and I got a lot of abuse, people spat in my face and were saying the rosary outside Monroe's,” he relates. “The Guards were calling out every second night – they’d say to me ‘We don’t want to be doing this but we’re being told to’. Bishop Casey issued an encyclical that had me read from the pulpit throughout the dioceses; I was condemned for corrupting the morality of youth.

'The web is great for education and connecting people but you also get online abuse and the objectification of women. I stress when I go around schools that using the web should be all about respect'

"I was brought to court and sentenced to six months prison which we appealed. There was a pro-condom campaign being run at the time but no other publican would support it, I was left entirely on my own. While we were awaiting my appeal hearing Annie Murphy made her famous Late Late Show appearance revealing she’d had a child with Bishop Casey. BBC News covered the story and asked me for a quote thinking I’d slate him, but I said he had done a lot of good work, and if he had only practised what I preached and used a condom, he might never have had to leave Ireland. Before my appeal was due, the Government legalised condoms and the case against me was dropped.”

After several years, Speedie withdrew from the bar trade and redirected his energies into computers and education. “In 2000 I got the opportunity of introducing science into the primary school curriculum,” he explains. “Science had been taken out of the curriculum in the 1920s to make room for the Irish language funnily enough. The Government wanted to reintroduce it in 2004 and I was part of a process of how to make it interesting to teachers and schoolkids.

"Laptops were new then so we gave each of the 36 schools in the pilot scheme a laptop, and a video camera and software and training. The idea was to make a film about a science project. So the class were producers, directors, writers, narrators, actors, all of that and it was fantastic and went very well. To make children interested in technology and science you have to have the artistic dimension. NUIG then approached me to be Outreach Officer for DERI and that transformed to the Insight Centre for Data Analytics and I’m still with them.

"I then got interested in coding. We are in an era where it is young people making the technology that older people benefit from. Google, YouTube, Snapchat were all developed by people in their teens or early twenties. Why do they need to be Americans from Silicon Valley, all of us have that skillset and coding can be brought into film, media, the arts, engineering. Ever since then we have been working to introduce coding into primary schools and this year computer sciences will be part of the Leaving Cert for first time.” 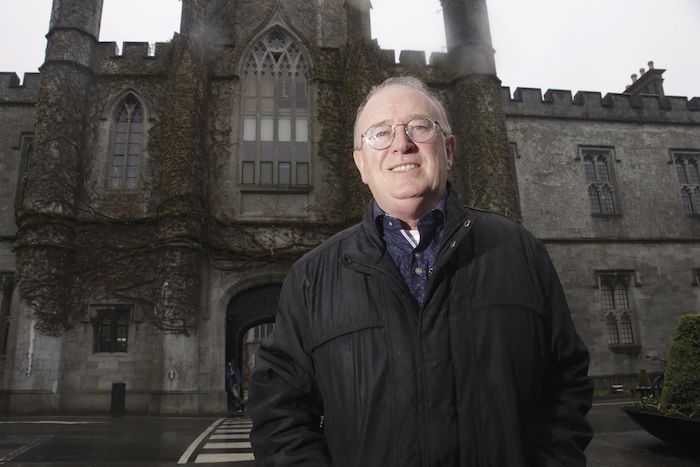 As well as technology, he is equally passionate about the environment and highlights ways in which we must find a healthy balance between them: “Our biggest task at the moment is the environment and technology can help us. I’ve been involved as an activist in this area since mid 90s when we began trying to get Terryland Forest Park established. We need to bring nature back into Galway using places like Merlin Woods, Terryland, Barna Woods, and making ecological corridors. Technology is good but our physical and mental health is important, so smell the roses and get outside and do gardening. In our house we have a digital detox every evening where the computers and smart devices go off after seven, they are banned from the kitchen table and these are important for our mental health.

“Internet safety and cyber bullying are big issues now also,” he adds. “I could spend rest of my life making parents, teachers, and children aware of that and what’s happening to the web. The web is great for education and connecting people but you also get online abuse and the objectification of women. I stress when I go around schools that using the web should be all about respect and we have to make a difference, and I tell parents they have to be there for their kids and know what sites they’re on and teach them a set of values.”

How does he manage to keep going with so many causes and projects, I ask in conclusion? “I’m so lucky and privileged to be doing all this work,” Speedie declares. “The reason I can do all this is I have a fantastic wife and family who allow me to do all these things.”