Earlier this week Mark Williams defeated John Higgins 18-16 in the pulsating final of the World Snooker Championship. Watching the tournament and commenting on it for the BBC was one of the all-time snooker greats, Steve Davis, who was World Champion six times during the 1980s.

On Thursday June 7 at 7pm, Davis, and Ireland’s own world champion, Ken Doherty, come to Galway’s Black Box Theatre for the Snooker Extravaganza that is sure to thrill and entertain fans of the sport here.

On Sunday morning, as Davis awaited the start of the Williams-Higgins final at the Crucible, he spoke with me about his glittering career, the changing face of snooker, and what Galway audiences can expect from his and Doherty’s impending visit. I began by asking his thoughts on the achievement of Williams and Higgins, both in their forties, in reaching the world final.

“Both players have had ups and downs in recent years and there was the possibility that both of them were slowly slipping down the pecking order,” he observes. “So from that perspective, seeing them both play at their best has been marvellous, and I think everybody was delighted to see them get to the final. It’s been a celebration of their careers and that they have among been the greatest players the game has ever seen.” 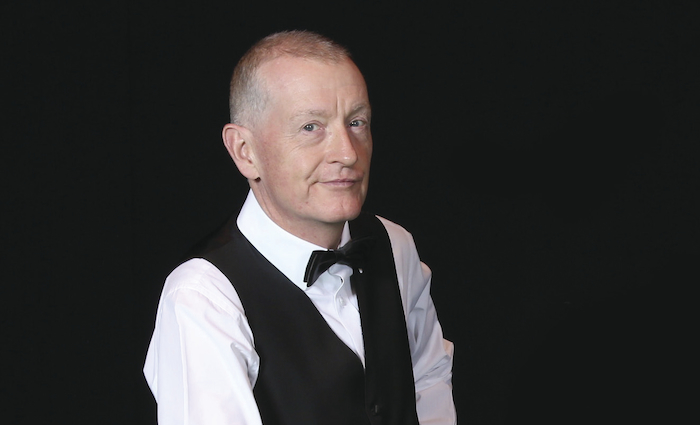 As somebody who himself experienced many epic nights in the Crucible, how would Davis describe it as a venue? “The word ‘crucible’ sums it up, it has a great atmosphere and it can be a melting pot of emotion,” he replies. “Of course there are other great venues; Goffs in Ireland is fantastic. If you have a mixture of a good venue that has something important in it then it generates folklore and history of being a great venue. The Crucible is a lovely venue but wherever you’d have held the World Snooker Championship would have risen in stock, the venue would have become synonymous with the championship and become the holy grail for everybody.”

Davis hails from the working class London suburb of Plumstead and his early interest in snooker was fostered by his father, a keen amateur player. While his father was an abiding presence in Davis’s career and encouraged him to turn professional in 1978, I enquire if his mother had been equally enthusiastic?

'I always wanted to collect vinyl records. That urge never left me, that desire to acquire. It’s been a good hobby for me over the years and it never really competed with me playing snooker'

“She probably had plenty of misgivings because snooker wasn’t something anyone saw as a career back then or that I could make money from it,” he admits. “It was just a journey we were on to play competitive snooker at a high level. I’m sure she had loads of worries, as any mother would, and I don’t know what conversations my father had with her about it because I wasn’t party to them. It would be quite funny to go back in time and be a fly on the wall at that juncture in my life. As it was, we all got caught up in the pressure and excitement of me improving all the time. I’m sure that happens with lots of snooker players’ parents.”

Another key influence on Davis’s career was promoter Barry Hearn who he first met while still an amateur player in his teens and who became both Davis’s friend and manager. “I bumped into Barry at an early time in my life and neither of us knew what journey we were eventually going to go on but we became kindred spirits in different ways, he as a promoter and entrepreneur and me as a player. We met at a very good juncture as well. He’s a gregarious character and a great salesman, with a clever head on his shoulders, he was a chartered accountant. 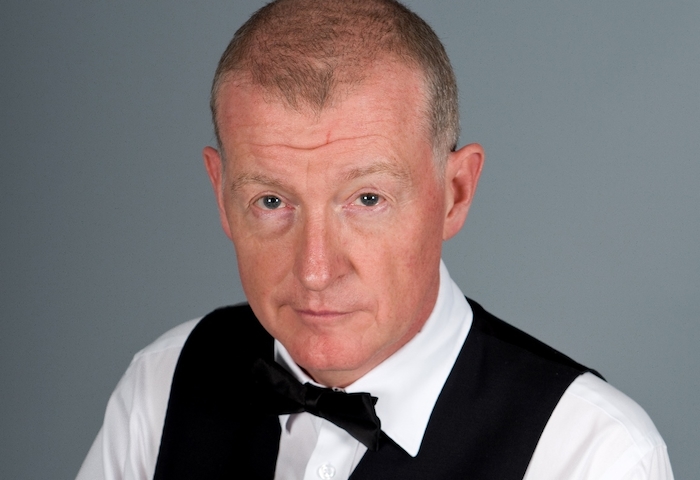 "Also, he was equally at home in the boardroom or on the cobblestones of a street market. He’s very much of the people and has given so much entertainment down the years through promoting the sports that he has taken a great interest in –snooker, boxing and many others. He has a great heart for sports in general and he loves doing things professionally as well so it was a great combination.”

In those early televised days of snooker one would often see players like Alex Higgins and Bill Werbeniuk smoking cigarettes and sinking pints during games but Davis points out they were the exception rather than the rule. “There wasn’t anywhere near the kind of drinking culture that people think. Obviously there were social clubs where people used the game as a pastime along with darts and other activities but the serious snooker players would not be drinkers. They’d be in clubs where there was no alcohol licence. I came from a tea drinking background and so did all the players I knew at that time. It was only the occasional player who had a drink at the table.”

Away from snooker, Davis is also well known for his passion for music, particularly soul music and prog rock. He tells me how this interest blossomed: “Like anybody growing up in the seventies we all had access to vinyl records. The music appealed to me and I also had a collector mentality so I always wanted to collect records. That urge never left me, whereas with some people it would, that desire to acquire. It’s been a good hobby for me over the years and it never really competed with me playing snooker, I could just dip into it whenever I wanted. I’ve taken it further because I’ve been interested in various styles of music and I’ve done radio shows and DJing as well. It is nice to have other hobbies as well and we all need passions; whatever it is you take up, it’s good to throw yourself into it and enjoy it.”

Davis continued playing snooker to a high level into his fifties and only retired from the professional ranks two years ago. How would he describe the evolution of the game during his long career of playing and watching it?

“The game is still inherently the same game but it has gone through a transition from an entertainment form on TV,” he observes. “The audience has matured to understand the game better. After the first wave of interest had gone people thought that possibly it would disappear but it hasn’t. As it turns out, TV presented it in a fantastic light and over the years more and more countries around the world have woken up to the fact that it is great entertainment. Snooker is now played to a higher standard than in previous eras and the players are part of a worldwide sport, whereas back in the seventies and eighties it was pretty much just the UK and Ireland, and some of the Commonwealth countries, who were into it. 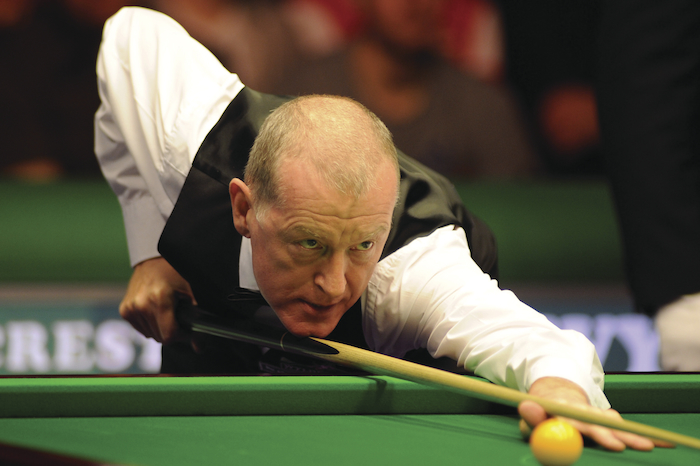 "Now we have mainland China watching it, so the viewing figures are probably a hundredfold what they used to be in the eighties which is amazing. It makes me proud because all the snooker players had this thing dangling over their heads from the past that snooker was the sign of a misspent youth. Now they have broken free of that and are seen in a different light, and next year the first prize in the world snooker championship will be £500,000 so that’s not a bad way to misspend your youth by ending up as a pro snooker player!”

Finally, what can Galway fans expect from the visit of Davis and Doherty? “The exhibition night is the other side of snooker, it’s us having a bit of fun and craic,” Davis declares. “It’s more like when you go down to the club with your friends and we usually have great fun with the local lads. It’s a celebration of snooker and what snooker means, not just in the media but to communities as well.”

Tickets are €25, and there are also €40 VIP tickets which entitles the holder to a ‘meet and greet’ session, photo opportunity and light refreshments. The evening will also include a chance for two audience members to play a frame against one or other of the star guests. Bookings from the Town Hall at 091 - 569777.