The inimitable Russell Brand breezes into Galway next week with his superlative stand-up show, RE:BIRTH, at Leisureland on Wednesday March 14 at 8pm, where he will deals with such all-encompassing questions as 'What is real?' 'Who are we?' and 'Where did this baby come from?'

While wrestling manfully and wittily with these questions, Brand will also doughtily strive to unravel the matrix of modern media, politics, sex, fatherhood, and death. "How do we make sense of the madness of our lives once we become parents?” he recently opined. “What am I going to tell my daughter about conformity and responsibility? What happens if she grows up to be like me or, worse, date someone like me?"

Many of these musings were prompted by the birth, in November 2016, of Mabel Brand, the first child of Russell and his wife, Laura Gallacher. In the course of a phone interview, conducted while Brand was on the road travelling between Sheffield and Hull with his RE:BIRTH show, I asked him how paternity has impacted on his view of the world.

Given that another of the questions Brand ponders in the show is how he might respond to his daughter dating someone like him when she grows up, I ask how did his own father-in-law - Ryder Cup golfer Bernard Gallacher - react when he learned his daughter wanted to walk up the aisle with legendary reprobate Russell? “Both my in-laws were very happy at the news,” Brand tells me. “They’re lovely people and very accepting. Mind you, Bernard did tell me me some of his friends at Wentworth Golf Club were worried I’d try to become a member!”

Brand is something of a modern renaissance man, with more than enough hats to open his own millinery shop if he had a mind to. Since rising to fame in 2003, he has established himself as one of one of the world’s most celebrated stand-up comedians. His acclaimed tours include Shame, Scandalous (which marked his US live debut ) and 2013’s critically acclaimed and hugely successful Messiah Complex, which was also a best-selling DVD. Aside from stand-up, he is also a phenomenally successful broadcaster, actor, author, podcaster, columnist, political commentator, and mental health and drug rehabilitation activist. His most recent TV credit sees him feature in season four of hit HBO series Ballers. 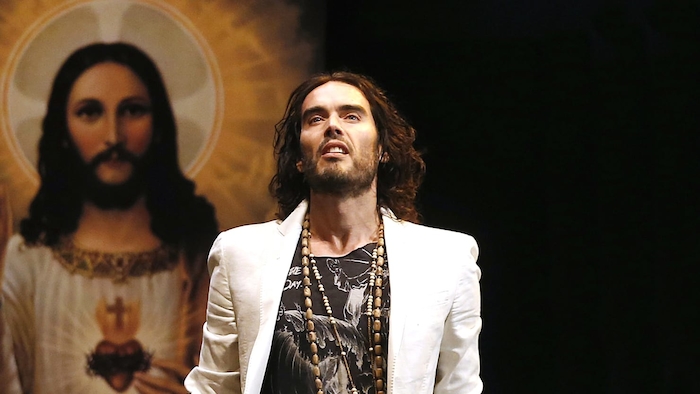 Last September saw the publication of his book, Recovery: Freedom from our Addictions in which Brand, with his trademark sharp-wittedness and frankness, talks about the many unhealthy habits and attachments we often rely on to hold our lives together. In the blurb for the book, Brand candidly declares, "My qualification for writing this book is not that I am better than you, it's that I am worse. I am an addict, addicted to drugs, alcohol, sex, money, love, and fame". He then describes how he overcame these addictions to live a healthy and fulfilling life.

Given that Brand has been sober since 2002, I ask him why it took him so long to write the book and set out his reflections and advice on the experience of addiction? “It took me 15 years to understand it and how the pattern of addiction applies to other areas of life,” he replies. “There are obvious addictions to things like drink, drugs, gambling, food, or your behaviour inside a relationship, but it took me a long time to understand all that, and how addiction applies to other areas of life that are not as obvious as those.”

'Trump was friendly and actually quite disarming, though that was before he became powerful'

Prior to getting sober Brand was fully invested in the sex, drugs, and rock’n’roll excess smorgasbord so what was it that gave him the personal focus and strength to deal with his demons? “Personal epiphanies were less valuable than the help of others really,” he notes. “I realised that in each of my addictions there were moments where I felt despair, and all addiction leads to despair in the end. More important was the realisation that the well known 12 Step Programme used by AA, which dates back to the 1930s, helped me with all forms of addiction. That programme enabled me to recognise my problem of addiction, believe it was possible to address it, ask for help, make amends to those I hurt where necessary, and try to connect to a higher power. Those steps all made a difference to me and offer a method that I think can help anyone.”

In RE:BIRTH Brand self-effacingly revisits and mocks some of his notable media appearances, such as the TV spat with Jeremy Paxman and run-ins with The Daily Mail and Donald Trump (the latter on Twitter, naturally ). Interestingly, some years ago Brand met Trump in person and retains benign memories of that occasion: “He was alright to me, he was friendly and actually quite disarming though that was before he became powerful and a lot of political figures lack that personable touch.”

He describes RE:BIRTH in brief: “The first half has a lot of audience participation where I chat with people about their responses to a survey that they get before the show starts,” Brand tells me. “There is lots of talk about scurrility and madness and the second half is more political analysis and gets a bit deeper.”

I enquire as to what kind of questions he poses on the pre-show audience survey; “The questions are things like ‘What’s the worst thing you’ve ever done as a parent?' 'The worst thing you’ve done to a parent?' 'What’s your most embarrassing sexual experience?' 'What are you most ashamed of?’, things like that. You wouldn’t believe the stuff people admit to, absolutely disgusting!” he adds with a laugh. “Those shows were in England and America, God knows what they’ll come up with in Ireland!” 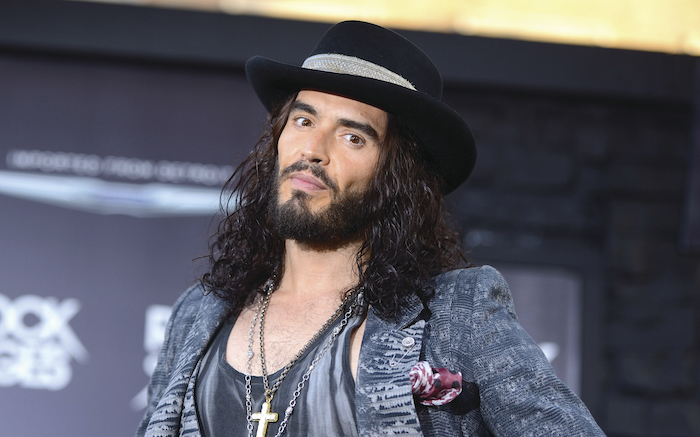 As a keen observer and commentator on the political scene what are Brand’s thoughts on Brexit? “I think we are unable to correctly observe the meaning of the issues,” he opines. “I think they are part of a much broader thing where the tectonic plates of power are shifting. I’ve been watching stuff about the Second World War lately and when old systems and old empires are knocked down it’s difficult to know what’s going to happen or where it is going to go, but I think the issues currently are significant around democracy itself and national sovereignty.”

Finally, one addiction Brand remains in the throes of is his passion for West Ham United. What does he make of their choppy season? “It concerns me – it would be difficult being in the second tier of English football in that stadium,” he observes. “This is a strange time for football, it feels like it is about overtly commercial culture instead of the familiar passion that once came quite easily.”

Brand will hold forth in his own inimitable and entertaining style on life, the universe and everything at Leisureland next Wednesday March 14 at 8pm. Tickets from €34 available now via Ticketmaster.ie