SLIGO'S MUCH-vaunted Blue Raincoat Theatre Company come to the Town Hall next week with its imaginative staging of Lewis Carroll’s Alice in Wonderland, adapted for the stage by Jocelyn Clarke.

Blue Raincoat first staged Clarke’s adaptation in 1998 and revisited it last year as part of the company’s 25th anniversary celebrations. Over a chat with director Niall Henry I began by asking him how he accounts for Blue Raincoat’s durability compared to other northwest theatre companies like Sevenwoods and Yew who folded after a few years.

“One thing that has helped us is that we have a venue so we had a home and over time as you go through fallow periods it helped us a lot,” he replies. “The other reason is that we are an ensemble and we were always drawn to working together as a group of people. That included the people in the office as well as the actors and designers. The focus was always on building up the group and I think those two elements helped us over a few bumpy periods.” 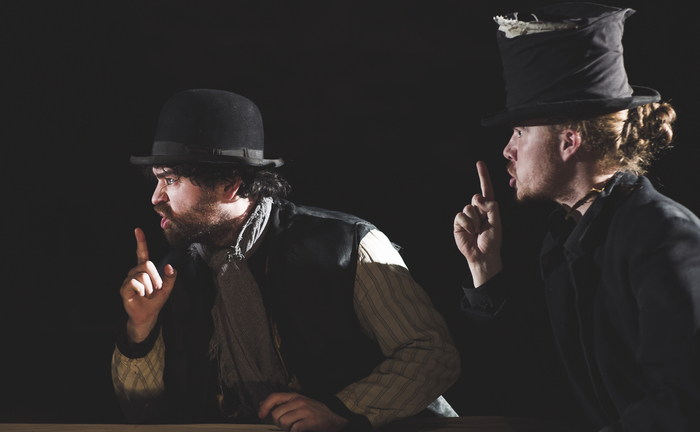 Henry outlines what it was about the Alice adaptation that prompted the company to revisit it last year and now take it on tour. “Firstly, I’d point out that this is a completely different staging albeit with the same script,” he begins. “The reason we went back to it was I was picking stuff last year from our repertoire that had good, strong, rich text.

"Alice was the first time we hit on a text that was suitable to us; we were able to tell the story with the text but also had an awful lot of room to find other ways to show it. We’ve learned that if we want to do something stylistically different we have to be careful to find something that suits us. Also, there were a couple of young actors who have been working with us for a couple of years that would fit the play. Plus, I was very interested to see what had we learned down the years that we could bring to the play visually and in terms of managing the text and the movement and so on. Also, I have an eight-year-old daughter and that was a prompt as well!”

I ask Henry to describe the working relationship with adapter Jocelyn Clarke. “Initially, Jocelyn adapted the text and handed it to us then we realised it visually. This time around he functioned more as a dramturg. He is excellent at picking out the elements of stories that will make a good, coherent, narrative. We’ve been working with Jocelyn for a long time now; as a director you are ultimately on your own with the actors so I find it useful to have someone behind my back who knows me well looking at what we are doing and chatting about it. Jocelyn would be an important element of the Blue Raincoat story.” 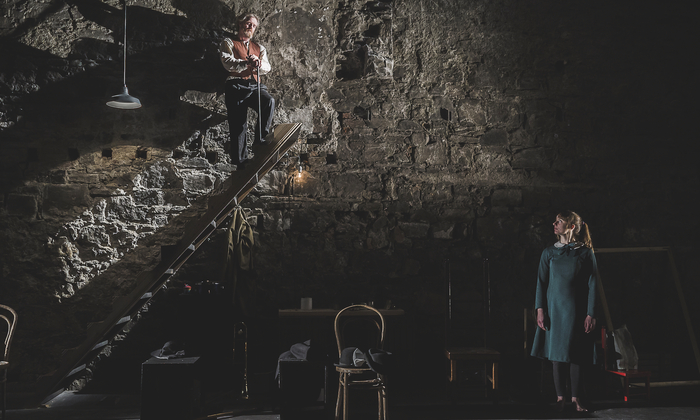 And what of the differences between this revival and the play’s 1998 staging? “As we’ve got older, we can’t run as quickly round the stage anymore so our plays have adjusted accordingly,” Henry replies with a laugh. “We have several young actors in this, including two Alices. They are all good physical actors and energetic. The one idea we had was to have an older Alice – last time we had the middle aged Charles Dobson/Lewis Carroll as narrator so now we have an older Alice going back to the story so we had the younger and older Alice.

"The other idea was to have a big table so when Alice gets small we could be literal with those ideas, we wouldn’t be miming or looking offstage, we could be as literal as possible with all these changes in the story and try to find ways to show those throughout the piece. We’ve had a good rehearsal period of about six weeks on this show. We have five people in this show who were in the original production and another five who have been working with us for the past couple of years so there is a nice trans-generational thing in the production.”

Alice In Wonderland runs at the Town Hall from Thursday November 9 to Saturday 11 at 8pm. Tickets are available through 091 - 569777 or www.tht.ie