In 2014, Galway saw the opening of its first mosque - the Mosque of Mary on the Old Monivea Road, Ballybrit. It was erected by the Ahmadiyya Muslim community which is headed by Imam Ibrahim Noonan, a man with strong faith and a fascinating life story as I discovered when meeting him for an afternoon chat in the House Hotel.

As his surname suggests, Ibrahim is Irish. He was born Michael Noonan in Waterford in 1965. His mother’s family came from Wales and his relations on that side included horse breeders, eminent musicians ,and painters. His paternal relations came from Tipperary and Cork and produced more horse breeders, 1916 veterans, and ASll-Ireland winning footballers.

“My dad was from Cork and a builder and my mum was a graphic designer and artist,” Ibrahim tells me. “There were things that influenced me from both sides of the family. On my dad’s side they were hardcore Republican and my mum’s side were soft, upper-middle class, and rational, and I have both those strands infused in me.”

Another strand that infused in him was the staunch Catholicism found on both sides of his family. “I have been religious from a young age,” he admits. “I was always attracted to it and as a teenager I considered entering the priesthood. I used to question a lot of things. When I was doing my confirmation I asked the Bishop to explain the Trinity and all I got was an affectionate tap on the cheek which clearly meant ‘Don’t ask so many questions’. In college I studied theology and through that other doors opened to me.”

Ibrahim’s questing spiritual nature led him to spend time with the evangelical World Wide Pentecostal Church; “I wanted to satisfy myself about the difference between Catholicism and Evangelism so I took part in that church for a year,” he explains. “I found it an excellent church but Evangelists said that everyone was going to Hell except them and I couldn’t envision how God would punish good people. Then in Hyde Park I met a young Muslim who spoke about God in a very gracious way. He showed me a verse from The Qur'an which alludes to Christians and Jews and says ‘Whoever believes and does good, they shall have their reward.' That made me want to learn more about Islam.” 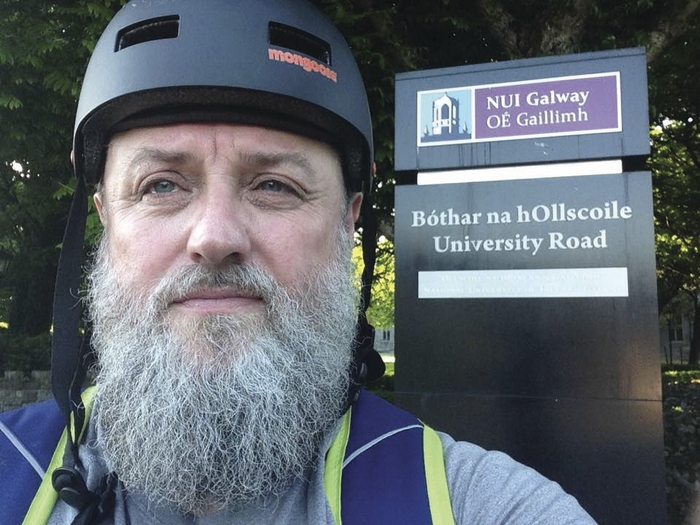 Having first observed Islam on a visit to Tunisia, Ibrahim’s interest in the religion was deepened by regular visits to Hyde Park where he watched members of different faiths debate with each other. He increasingly immersed himself in its study and was especially drawn to the community of the Ahmadiyya faith which preaches non-violence and religious tolerance.

Aged 23, Ibrahim formally converted to Islam. He describes the impact on his family. “I knew it wasn’t going to go down well,” he recalls. “The whole way home on the boat and train I practiced how to tell them but when I got there I just couldn’t. It came out when I refused the rashers and sausage and black pudding in the Sunday fry and my father asked ‘Are you Muslim?’ and I said ‘Yes’. They went ballistic at the time but then settled down. But a few years later I came back from Pakistan with my wife Qanita who I’d just married. She was wearing a full veil and that set off the family again. Then I had it out fully with my parents saying ‘This is not just a phase I am going through. This is what I’ve chosen and I’ve found something good.’ After that things normalised.”

Ibrahim’s marriage with Qanita was an arranged one; “I didn’t see my wife until a week before the marriage. It was difficult and strange. With her father’s permission we did speak over the phone over several weeks – she was still in Pakistan and we exchanged photos. Meeting for the first time was an intense moment, we were like bashful teenagers though we were both in our twenties. We got on well when we met; she was very shy and strict in her ways. Our East/West mindsets did clash a bit. I had to arrange her visa to come to Europe and I knew the embassy officials had to see us being a genuine couple but Qanita was shy and didn’t want to have any public shows of affection. When I’d try to hold her hand she wouldn’t let me. Even today, after 24 years together and five children, we still have our differences, but they are more mature now.” 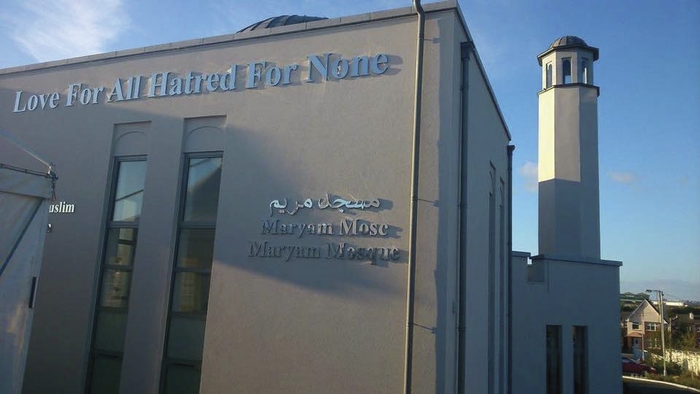 Ibrahim’s commitment to Islam saw him do seven years’ training to become an Imam - five in London and two in Pakistan. Thereafter he had stints in Israel, Bosnia, India, Iceland, and Britain before coming to Galway, the main centre for Ahmadiyya believers in Ireland, in 2003. “I did contemplate moving the centre to Dublin but after a year and a half I realised Galway was a friendly, spiritual, city, so I decided to remain here,” he declares. “We then worked toward giving Galway its first mosque which opened its doors in 2014.”

That Masjid Maryam, or Mosque of Mary, is named in honour of the Virgin Mary. Only one other mosque in the world, in Florida, is so named. “Prior to naming the mosque I met with Bishop Drennan, Reverend Gary Hastings, and Richard Kimball from the Society of Friends, and I asked them how they’d feel about a mosque named after Mary,” Ibrahim reveals. “They were all really positive. I then wrote to the head of our community who also accepted my suggestion. Mary is highly revered in both Ireland and Islam and I felt the mosque’s name would build a bridge between Christian and Islamic communities. It was also to counter the image that women in Islam are not given respect. The Qur'an tells men ‘if you want someone to aspire to, then aspire to the level of righteousness of Mary.’”

While Ibrahim strives to build bridges, jihadi terror attacks stoke up anti-Muslim paranoia. “We get that all the time,” he concedes. “Fifteen years ago the atmosphere in Galway was not like it is now. The challenges Muslims had then were nothing to do with extremism it was just that people didn’t know us. As they got to know us friendly relations grew and acceptance. But as soon as the extremists started we have had to spend our time having to defend the true teachings of Islam. We say Islam is a religion of peace and then an atrocity happens and we’re back to square one. People are fearful about Muslims and I understand that.”

The fiercest hostility Ibrahim and his community encounter is actually from orthodox Pakistani Muslims. Orthodox Islam asserts that no prophet would return after Muhammad, but Ahmadis believe that a follower could come when needed, and their founder, Mirza Ghulam Ahmad, was that person. “We are seen as unbelievers by some,” Ibrahim acknowledges. “I’ve lived in Pakistan and seen the hatred and persecution. My own life became endangered there and I had to leave.” 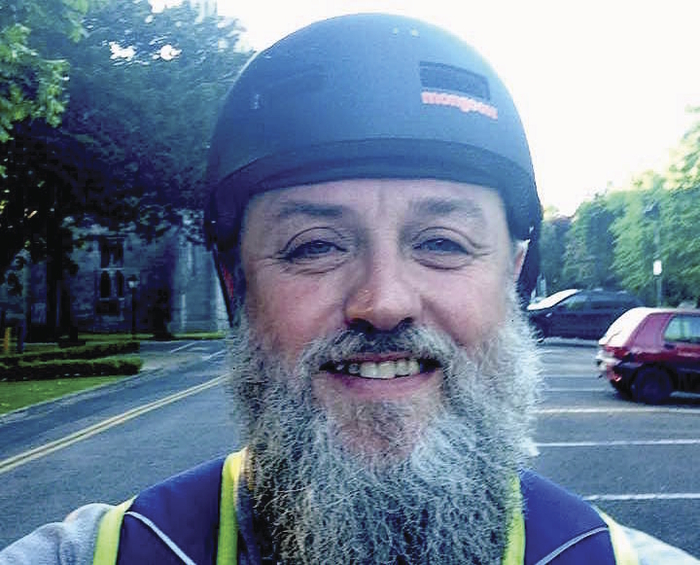 While he often visits schools to speak about Islam, Ibrahim finds it impossible to talk or debate at any Irish university due to the influence of Pakistani-dominated campus Muslim societies. He has also found himself excluded from inter-faith committees and meetings with government ministers following hostile representations from conservative Pakistani interests. “It’s something I feel strongly about,” he emphasises. “If universities and other people are allowing themselves to be dictated to then we are in serious trouble.”

Amid his passion for his faith, Ibrahim can also claim a proximity to rock glamour. I lob the name of Morrissey in his direction; “That opens a box of memories!” he laughs. “When I was a student I needed money so I worked as a bouncer at a nightclub. I then got work doing ‘minding’/bodyguard gigs. I was with an agency for minders. I did the full training for it and everything. I had the opportunity to look after Morrissey for a few days. Morrissey was really nice, very down to earth. I met him around 1991 when I was already a convert to Islam, he was doing a big gig and I was asked to come in on the day and look after him. I also looked after Barry Manilow, Westlife, a few players from Arsenal."