GALWAY'S FÍBÍN Theatre Company will premiere Tóraíocht, its new version of the epic tale, The Pursuit of Diarmuid and Gráinne - written by Philip Doherty and directed by renowned actor and director Mikel Murfi - next week at the Black Box Theatre.

Tóraíocht is a love story brim-full of outlandish feats and monsters. The story moves faster than any car-chase, jumps higher than any vaulter, and loves more madly than any Lothario, as young lovers Diarmuid and Gráinne try to stay one step ahead of Fionn and the Fianna who are in hot pursuit. The story is told through stunning visuals in both Irish and English.

Playwright Philip Doherty, who has adapted Tóraíocht, is a native of Cavan where he is the artistic director of Gonzo Theatre Company. Twice winner of RTÉ's PJ O'Connor Award for radio drama, his acclaimed stage plays include Pilgrim, The Birthday Man, The Circus of Perseverance, and The Great Couch Rebellion. He tells me how he came to hook up with Fíbín.

“I've been an admirer of their work for a while having seen a number of their shows," he says. "I had met Darach O'Tuairisg, their director, in Annaghmakerrig years ago and there were a couple of projects that we started working on but they didn’t happen. Then this idea of Diarmuid and Grainne came around so I was delighted to be involved with it. It was Mikel Murfi who gave me a call and asked me to work on the show as a writer.”

As well as being his debut with Fíbín, Tóraíocht also marks Doherty's first time working with director Mikel Murfi. “Mikel was a tutor of mine in NUIG and I absolutely loved that class,” Doherty reveals. “He got me to think outside the box. Obviously I’d been seeing him onstage for years and he’s come to see a number of my plays over the years so we’ve kept in contact through that and I jumped at the chance to work with him. He’d been wanting to do Tóraíocht for a while and he asked me to come on board to work on the script.” 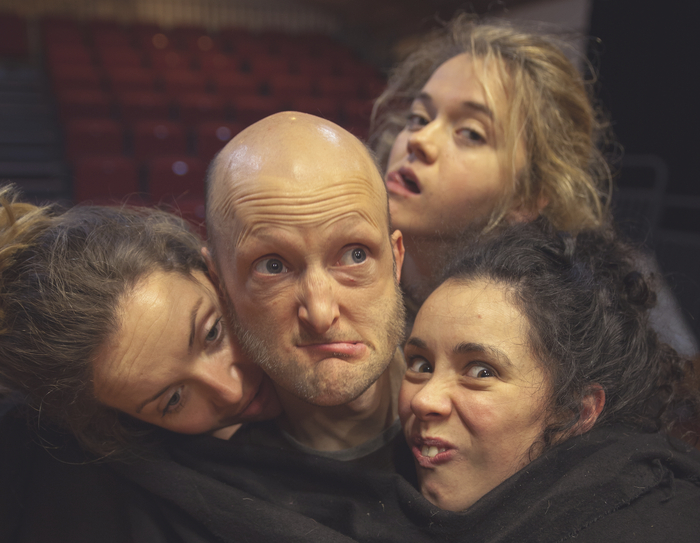 Doherty describes how he approached the story; “Mikel and myself pooled ideas about what we wanted to do with it. Nessa Ní Sheaghda had a version and we had a look at that as a kind of touchstone. I loved the madness of the story; it’s like these mythological superheroes of the Fianna are charging around Ireland. I was really excited by the potential of this Pythonesque, crazy story about these two lovers being caught in a road chase around Ireland. They are pursued by some of the most fearsome warriors in the world yet at the heart of it is this profound love story.

"The ideas were a collaboration between myself and Mikel then I went off and wrote the script. It was wonderful to get the opportunity to be almost over-descriptive with the language because Irish is so poetic that instead of being sparse with the language I was given the opportunity to be very descriptive with every insult and every threat and every romantic gesture."

A few years ago Paul Mercier adapted Tóraíocht for Passion Machine and turned it into a modern day gangster story but Doherty has opted to retain the story's original milieu. “It is set in a mythological world," he says. "It is like a colourful, bawdy dream-like world, where you find mythological monsters and heroes and druids. It’s touching on Monty Python fantasy at times with this crazy Irish madness. You’ve got all the hierarchy of this ogre-like old leader Fionn MacCumhaill sending his band of warriors chasing these two lovers. They come across all sorts of different creatures and characters along the way. They are like the Bonnie and Clyde of mythological Ireland.”

Doherty's mention of Monty Python suggests his adaptation also has its share of comic moments; “It is very funny,” he confirms. “It was really refreshing to work with Mikel and to be given the licence to be funny and entertaining. Sometimes when I'm working on shows directors tend to cut corners off my scripts for being too inclined toward the comic rather than being serious but this was different. Because of the nature of the characters and the story we really went for the wildness in it and the comedy and the entertainment. There are some ridiculous characters in it, you’ve got the Second Unit of the Fianna who’d remind you of an early-days FCA. There are lovely downbeat peasant characters. It has lots of outlandish humour but all the time it is grounded by the serious love story between Diarmuid and Grainne. There is darkness in it as well because Fionn is such a vengeful character.” 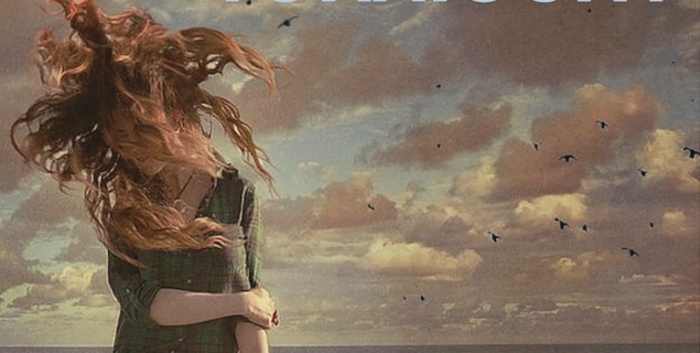 'He is initially a very reluctant lover'

He describes how the play portrays its two lovers; “Because Grainne puts Diarmuid on a geis, or oath of honour, he is initially a very reluctant lover. He is honourable and loyal to the Fianna and Fionn but over the course of the story he begins to get seduced by Grainne. Grainne is quite a feisty character. We’re doing something very interesting with her, which came from a brilliant idea by Mikel, there are multiple people playing her. It suits the whole style of the show, the ensemble are absolutely incredible; they are playing over 30 characters with mask work. I love creating shows of scale with lots of characters and different locations. Circus of Perseverance had about 40 characters and my play Fleadh Town had something similar. So it is a type of theatre I love to do and I love writing for an ensemble playing multiple characters. It gives you so much scope to create worlds and a whole tapestry of hierarchies and characters.”

“I think the show is going to be absolutely amazing,” Doherty concludes as he looks forward to Tóraíocht's opening. “It’s a real spectacle and a visual feast. I think the Black Box will lend itself to it as there is so much physical acting in it. I think that it is an amazing story; I didn’t study it in school but when I read it I couldn’t believe how wild and dark and beautiful and haunting the whole story is. I don’t think I have ever enjoyed writing a script as much before to be honest.”

Tóraíocht will be presented in the Black Box Theatre from Thursday November 10 to Sunday 13 with both evening and matinee performances. The play is suitable for ages 16+ with a special schools performance on Friday 11 at 2pm. For more details and to book tickets see www.tht.ie or call 091 - 569777.