HOW DID the lawyer who prosecuted the 1916 leaders end up in one of the highest positions in the Free State? Why were 280,000 women denied the vote in the Treaty Election of 1922? And why does Michael Collins' assassination remain shrouded in mystery?

These are the questions comedian and musician Paddy Cullivan, of The Late Late Show house band The Camembert Quartet, Callan's Kicks, Kilkenomics, and Joe Duffy's Funny Fridays on Liveline, will seek to answer in his new show The 10 Dark Secrets Of 1916 (And How They Shaped Ireland ).

A multi-media experience, Paddy will examine, through historical research, photographs, songs, and satire, the crucial years between 1916 and 1923, which saw the Easter Rebellion, the War of Independence, the creation of the Free State and Northern Ireland, and the disaster of the Civil War. He will also look at how the legacy of this period continues to affect modern Ireland, or in Paddy's words, lead to "the corrupt, inexplicable place we've become".

The 1916 Rising took place from April 24 to 29, and Paddy's show, in the Town Hall Theatre studio on Monday April 25 at 8.30pm, occurs during the actual centenary dates, unlike the official State commemorations, which took place in March, a month early, a polite way of saying on the wrong date entirely.

"Like the Rising itself I think the commemorations have been both brilliant and ham-fisted," Paddy tells me during our interview. "The official Government line - buying Moore Street too late to have anything ready for the actual centenary; the constant cap-doffing to Redmond and what everyone else was doing at the time; the overbearing political 'inclusiveness' - including six ducks that died on Stephen's Green - which is actually done to besmirch those behind the Rising, that's been shocking.

"But the way the country has embraced learning and discussing its history at this time, the analysis and ownership of the Proclamation by the school kids and adults the State has failed, that has been awe-inspiring."

Among the most fascinating questions Paddy will look at, is why almost 300,000 women were denied voting rights in Ireland in the 1922 General Election. The election followed the signing of the Anglo-Irish Treaty - which gave most of Ireland independence, but fell well short of the Republic the people had fought for - and was seen as almost a referendum on the Treaty itself.

"The why is obvious," says Paddy. "Women, particularly women under 30 who were doing all the fighting, were overwhelmingly against the Treaty. The six women TDs all voted against it and 85 per cent of Cumann na mBan voted against it. Griffith knew this so used the 1918 franchise in the 1922 election only allowing women over 30 and men over 25 to vote, instead of the more equal franchise they were already placing into the Free State constitution where women over 21 could vote.

"So, effectively, the young people who were doing the actual fighting were denied a vote on the outcome! In the next election, 1923, the extra 400,000 voters returned a minority Government, so it was a very deliberate attempt to fix a 'mandate'! It was at that moment women were completely sidelined and silenced by the new State. It was 1981 before we had six women TDs again." 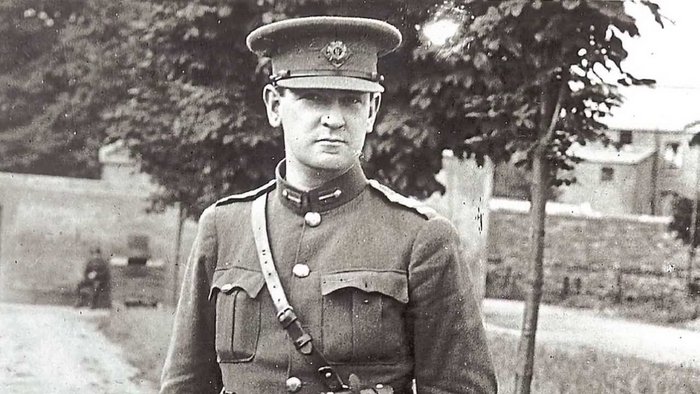 This goes to the heart of Paddy's thesis that the progressive ideals espoused by the 1916 Proclamation, and people like James Connolly and Liam Mellows, were rapidly discarded by the deep conservatism of those who left standing after the Civil War - in short, a counter-revolution immediately followed the revolution itself. For Paddy, this is why the death of Michael Collins continues to fascinate. Given that the Civil War robbed us of many of the best and brightest, Collins represents what the State might have been, as opposed to what it actually became.

"People love to project their own image of Collins onto an alternate future, but I feel that way about a lot of the protagonists we lost," he says. "The most shocking thing is that Collins was used in life and death to ensure the destruction of the intellectual elite of the Rising.

"His engineered death was used to wipe out the remaining threats from Childers to Mellows - it's no mistake the two leaders we were left with were crypto-Catholic egotists who implemented nothing from the Proclamation. Collins was never going to be some economic guru or constitutional saint - he was a militant and his concern right up to his death was to end the Civil War in the south (hence the trip to Cork ) and end partition through the military means he was supplying to the North. Those are the reasons he was assassinated."

In conclusion, Paddy makes an interesting comparison between Collins and his contemporary TE Lawrence.

"The more I read about Collins, the more fascinating he becomes," says Paddy. "You can interpret him so many ways. He's they key to the puzzle. He's using any means necessary to outwit the establishment and yet he knows when he's being cornered. He met Lawrence of Arabia once and the two are similar - they both knew they had been used to forward a partitionist agenda.

"The difference is - Collins was willing to keep fighting, to keep changing his mind and almost unified us before the real damage was done. His assassination is as shocking as JFK's as I'll reveal in the show, because as Jim Garrison said, we must never forget our dying King.